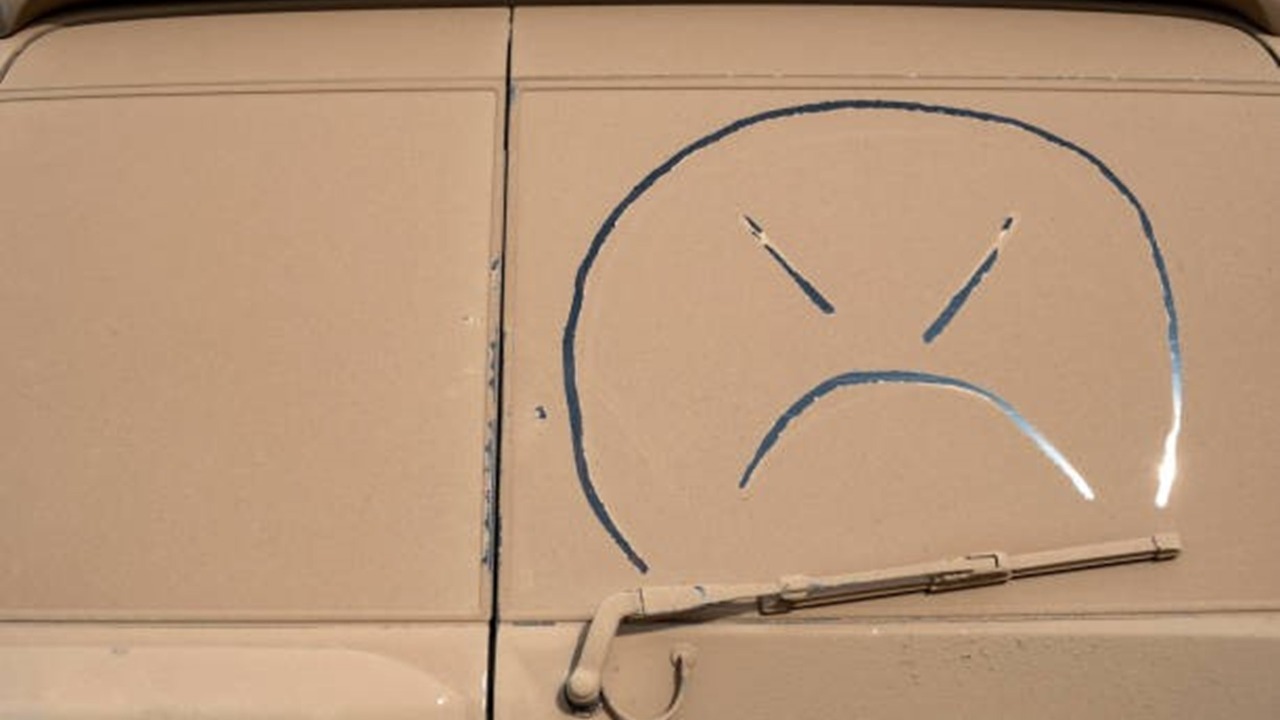 Hazy horizons, sand covered mountains, and dusty windscreens. Saharan dust has been coming to Europe and UK for centuries, but some science suggests it could be occurring more frequently.

Last week, you may have noticed a hazy horizon of rusted orange hues or the slight dust tinting everything from car doors to kitchen windows. This phenomenon is quite well known and even expected in some of the drier climates around the world. However, the appearance of hazy skies obscuring sunset views this march was something out of the ordinary. A similar weather system contacted the UK in 2021. This coating incentivising spring cleaners across the country is known as Saharan dust plumes or clouds. 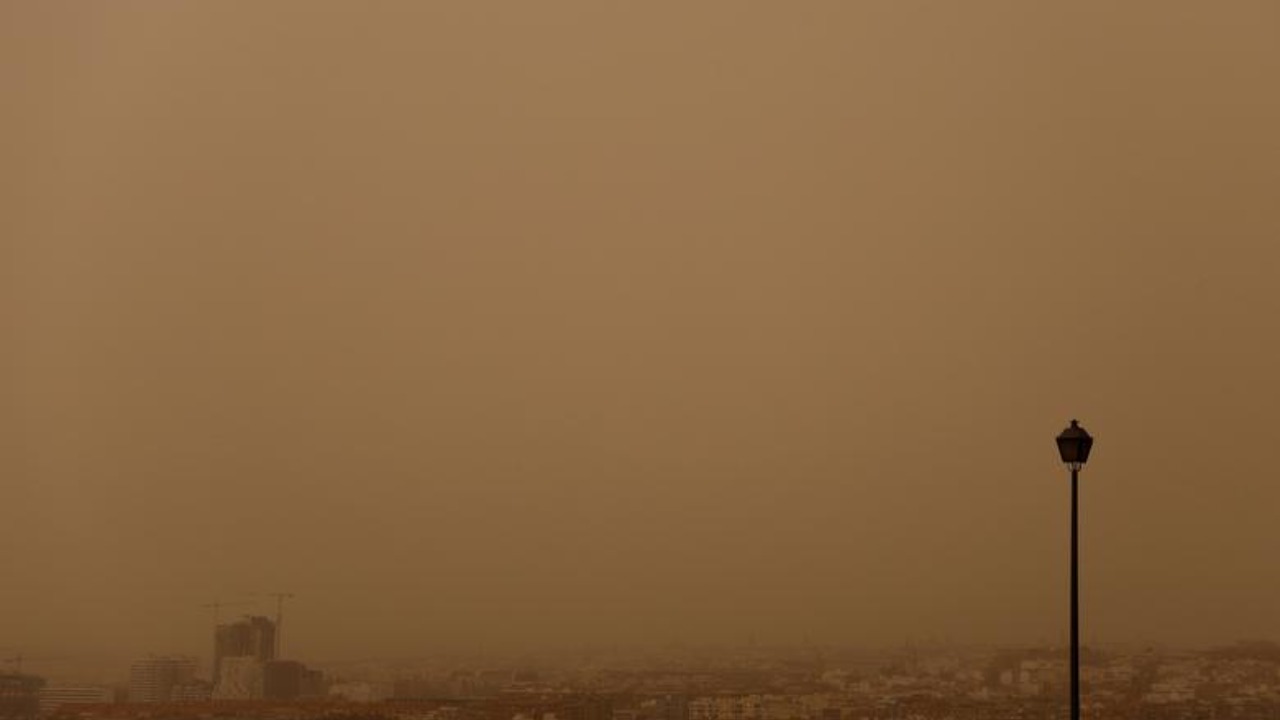 Local Cornish Resident Mel Bailey has been privy to a few plumes recently as she mentions “It’s almost yearly now that these dust systems arrive on our shores. I’m a garden enthusiast and I’ve noticed this kind of weather is usually a sign to get going because the plants love warm sunshine.”

However, authorities in Spain issued face mask recommendations while the dusty weather continued. Dust particles carry pollutants and molecular mites, which can be problematic for those dealing with respiratory illness.

Spanish residents also felt the lesser effects as sand nipped at their ankles, and scenery across the country became enveloped in an orange glow. While mountains in the Pyrenees and Switzerland became cloaked in a brown covering when clouds carrying Saharan dust failed to clear the summits.

David Clarke of the Kernow Weather Team spoke about the potential effect these dust plumes could have on the British climate:

“There is not much positive effect on us or the animals, as the dust is very bad for our lungs. It’s important that people with underlying lung conditions, such as COPD and asthma, are aware of their increased risk.”

Previously, 2021’s Saharan dust plume, which also reached Alpes, resulted in a 50% declined snow depth in only a month. Furthermore, darkened snow due to the layer of dust meant more heat was absorbed by the snow. This is because sandy shades effectively decreased albedo.

How are Saharan Dust Clouds made?

The dryness of the Saharan Dessert is well understood, but many are mistaken in believing that dust plumes that gather in the upper levels of the Earth’s atmosphere are a close by-product of sand dunes. Dunes are much too heavy to be carried by the wind; this would require powerful and constant winds to keep sand grains airborne for an extended period.

Instead, most dust particles are derived from rocky enclaves or dessert flats – places where water can pool. That water then leaves behind fine silt or thin sediment behind when it dries up.

Prevailing trade winds then lift this silt and sediment 1-4km into the air, reaching the upper atmosphere. Usually, north-easterly trade winds, which blow consistently across northern Africa carry Saharan dust particles thousands of miles away to the Americas. Occasionally however, prevalent winds are disrupted northward African storms pushing plumes across the Mediterranean to Europe.

In this case, Storm Celia, a big Saharan storm, synchronised with southerly wind patterns directing the plume into Europe. 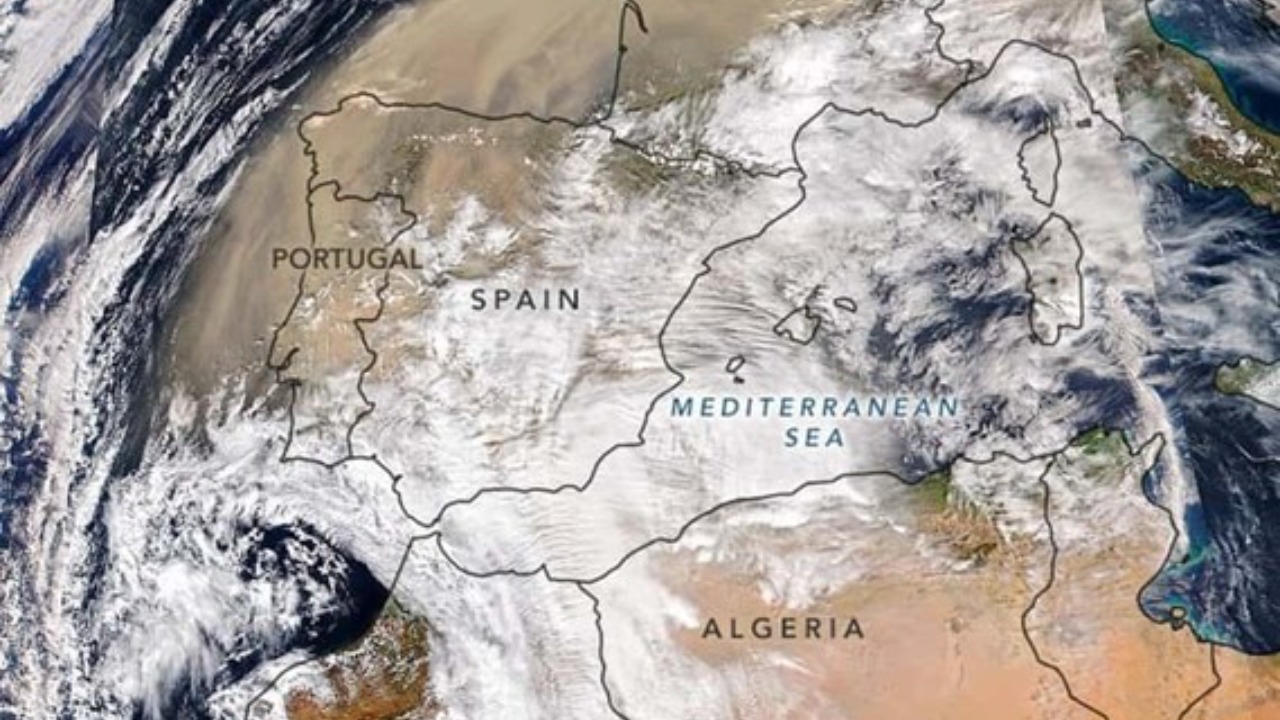 How much dust are we talking about?

She Sahara is the world’s largest producer of dust, and Saharan dust plumes move about 180m tonnes of dust each year. Science predicts most of it ends up in the Atlantic Ocean, while the Amazon Rainforest receives a considerable amount, as does the Caribbean Sea. Wherever it lands, however, plants and organisms can rejoice.

Saharan dust is not only rich with viruses, fungi and pollutants, but also with minerals like iron and phosphorous favoured by vegetation. These dust particles act as a fertiliser for the Amazon Rainforest each year, and the phytoplankton algae in the Atlantic; both of which are critical carbon sinks that soak up large amounts of carbon dioxide from the Earth’s atmosphere.

Climate change is often associated with an increased likelihood of extreme weather events, such as hurricanes and monsoons. However, the Saharan dust clouds are predicted to trend in the opposite direction. Scientific studies suggest the rate and size of these dust plumes will be shrinking dramatically in warming climate.

In 2021 the National Aeronaut and Space Administration (NASA) used computer modelling systems and satellite imagery to predict the future of these dust plumes. NASA concluded that in the next 100 years Saharan dust plumes would reach a 20,000-year low.

A decrease in dust clouds will have a considerable knock-on effect for the carbon sinks currently benefiting from the nutrient-rich deposits which help vegetation to flourish. An unfertilised Amazon Rainforest would prove counterproductive to any attempts to mitigate climate change.

A rise in global sea temperature will effectively slow the easterly winds responsible for depositing dust particles outside the Sahara. Dust plumes are a unique reflector of the sunrays, without the dust particles shielding dark blue watery expanses oceanic heating will accelerate. Feedback loops like this one emphasis a growing responsibility to combat climate change and protect environments