The Tories must start paying the price for breaking the law 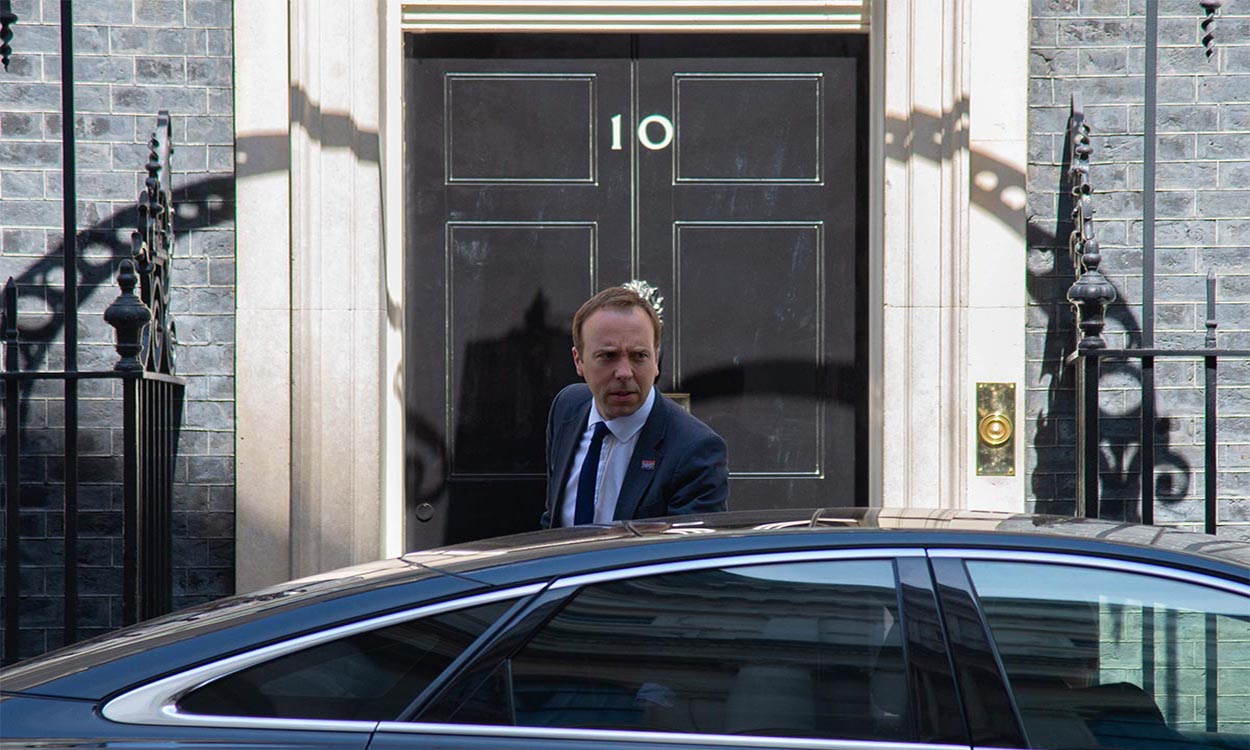 Friday’s High Court ruling on Matt Hancock is just the latest example of this government’s arrogance. Picture: Shutterstock under licence

On Friday night, as my shamelessly leftie Twitter feed began to fill with the outraged outbursts of disbelief from all the usual suspects, frantically retweeting and brandishing their parliamentary statute knowledge, I felt the most profound moment of déjà vu. These ravaged Tweets were of course talking about the news of the high court ruling from one Mr Justice Chamberlain, that Matt Hancock, and thus the entire DHSC within his tepid care, had acted unlawfully by failing to publish the multibillion-pound Covid-19 contracts within the 30-day period required by law.

Why the déjà vu?

Because it’s happened before. Several times.

Over the rest of the weekend, headlines in the more liberal media were splashed with cries of cronyism and other outlets made plentiful use of quote marks to cushion the pitiful excuses supplied as ‘explanations’ for the law break.

But this isn’t about left versus right, austerity versus extravagance. It’s not even about politics; it’s about integrity. Cold, hard and unflinching integrity. It’s about transparency and accountability and scrutiny. All things promised to us by default when we cast our votes on 12th of December 2019 and all the things stripped away every time another code is breached, another law threatens to be broken or worse, actually is.

The news on Friday highlighted a painfully obvious and sinister wrong that seems to have worked its way into the very heart of our democracy. It has become apparent that those with the highest power in this land have found a way to do absolutely anything they want and behave in absolutely anyway they want, and then…get away with it. A culture of arrogant impenitence has become the defining trait of this government and the worst part is, no one seems to be doing anything about it.

Look at the timeline of the Government’s recent misdemeanours, right.

Despite the enormity of dealing with a soberingly terrifying global pandemic and a car-crash ending to EU membership, there have been no improvements whatsoever in the conduct of our government when it comes to not only integrity, but the law.

But the real question for me is, how desensitised must we all be not to care? And I don’t mean the few on my Twitter feed, I mean the masses. In the world of journalism, the story mill continues to turn and the news cycle seems to effortlessly shift onto yet another day and yet another scandal passes with no trouble at all.

How many more times are we going to suffer these injustices, knowing there’s absolutely nothing we can do? How many more times will it happen, only for the country’s collective psyche to erase the evidence, perfectly timed for the next general election?

In the wake of the news about Johnson’s hopeful ‘roadmap’ out of these hellish waters, as we take the first and few tentative steps towards a normal life, I wonder what it will take for people to not forget. I know, people are tired. People are tired and exhausted and frankly still scared.

But the point isn’t whether you should have an opinion on these gross democratic indecencies, it’s that you need to.

Elected with a mandate to govern on our behalf, the burden of responsibility for such matters should invariably rest on the shoulders of those we chose to represent us. But when it’s one rule for the representatives and another for the represented, it is no longer democracy –  it’s democratic dictatorship. It is our job to care.