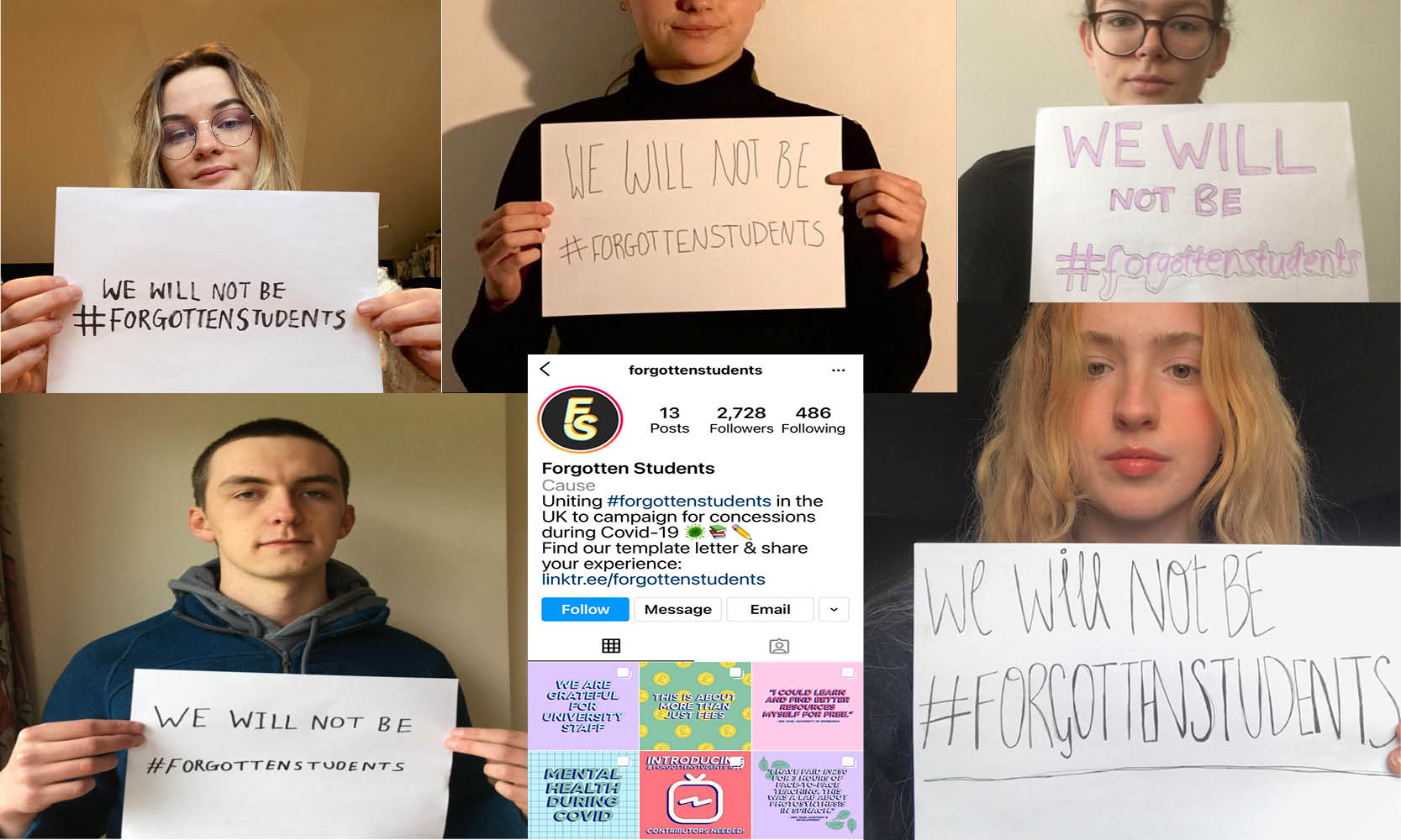 Founding members of the #forgottenstudents campaign insist they are more determined than ever to gain the attention of the government and universities.

A national campaign demanding financial concessions from the government and universities, on the basis that students have been adversely affected by the pandemic, is sweeping the country from top to bottom.

The #forgottenstudents campaign, founded by Cornish local Theo Morgan Lundie, has already gathered a following of nearly 3000 on Instagram since its’ inception just over three weeks ago.

As identified in their mission statement, the campaign outlines eight ‘demands’ from the government and universities. These demands include the reduction of tuition fees, rent freezes for those unable to return to their accommodation, and not being threatened or disadvantaged for protesting the cause.

Founder, Theo Morgan Lundie, spoke about why it was important to start the campaign now, saying: “We’ve seen the government spending billions on furlough schemes and business loans but students have seen nothing. If we are going to see any change, we have to start doing something about it now because it’s not long until summer time.” He went on to say how he felt students had been disproportionately affected by the pandemic and there had been no recognition of that.

Many students have complained to the local MP and to the student union and they haven’t really heard anything back about the tuition being lowered. I feel like students are being ignored

The government have been criticised by the press and national bodies, such as the UCU, in recent weeks for their lack of clarity when it comes to a clear plan of action regarding students’ return to universities. Milo Dixon, second year Physics student and collaborator in the founding team of FS, spoke to this effect stating: “So many of the government announcements didn’t even mention students and they’re so time sensitive as well…it’s really frustrating that there hasn’t been any forward planning and preparation for university students.”

Here in Cornwall, students are feeling equally frustrated, with one student labelling the way that universities and the government have handled the pandemic for students as ‘appalling’. Georgia Cunningham, final year student at Falmouth University, spoke openly about the need for change: “I know many students have complained to the local MP and to the student union and they haven’t really heard anything back about the tuition being lowered. I feel like students are being ignored.”

A statement from Lizzie Marshall, Falmouth SU President, showed support for the campaign whilst at the same time acknowledged the difficult financial positions that many universities have been put in, especially smaller universities such as Falmouth: “I’m frustrated at the Government blaming Universities for not giving student fees back. The Government knows that the fees paid by students are just enough to keep small and specialist Universities open.”

She continues: “I do think it’s unfair on the students, and I’m totally on their side, but Falmouth do not have the money to give it back, so we need to be smart and work out a strategy to help them long term…Falmouth do have less students than bigger Universities, but still have the same mortgage payments, staff costs, rent refunds, covid implementations and digital improvement expenses to keep up with.” NOTE: This statement has been edited for editorial purposes.

Local MP for Truro and Falmouth, Cherilyn Mackrory, expressed her feelings on the campaign by saying: “I very much recognise that this is a difficult and uncertain time for students. I am pleased that the government has worked with the sector to make sure all reasonable efforts are being made to enable students to continue their studies during this difficult time.”

She went on to say that she is due to meet with Universities Minister, Michelle Donelan MP, and students from both Falmouth and Exeter University in the coming weeks to discuss the most pressing issues facing students at this time.