The pandemic that divided our end of life rights

With the Coronavirus pandemic still present almost a year after the first lockdown, many are facing the pain of losing a loved one or having relatives experience palliative care. On top of this, they must go through the pain of not being able to see their loved one in their final days.

Many hospitals, during this time, have a one-person visitation limit for those in end-of-life care. This means that only one person at a time can go and sit with or comfort their loved ones during their final moments.

For many families across the country, this is an extremely difficult rule to come to terms with; the thought of your relative or friend going through any type of pain alone is an awful one.

However, it seems that the government are willing to make exceptions to these rules for those who they believe have aided the country with their service. One person who was granted this exception was Captain Sir Tom Moore. The 100-year-old man, who walked 100 laps around his Bedfordshire garden and raised over £30 million for the NHS. 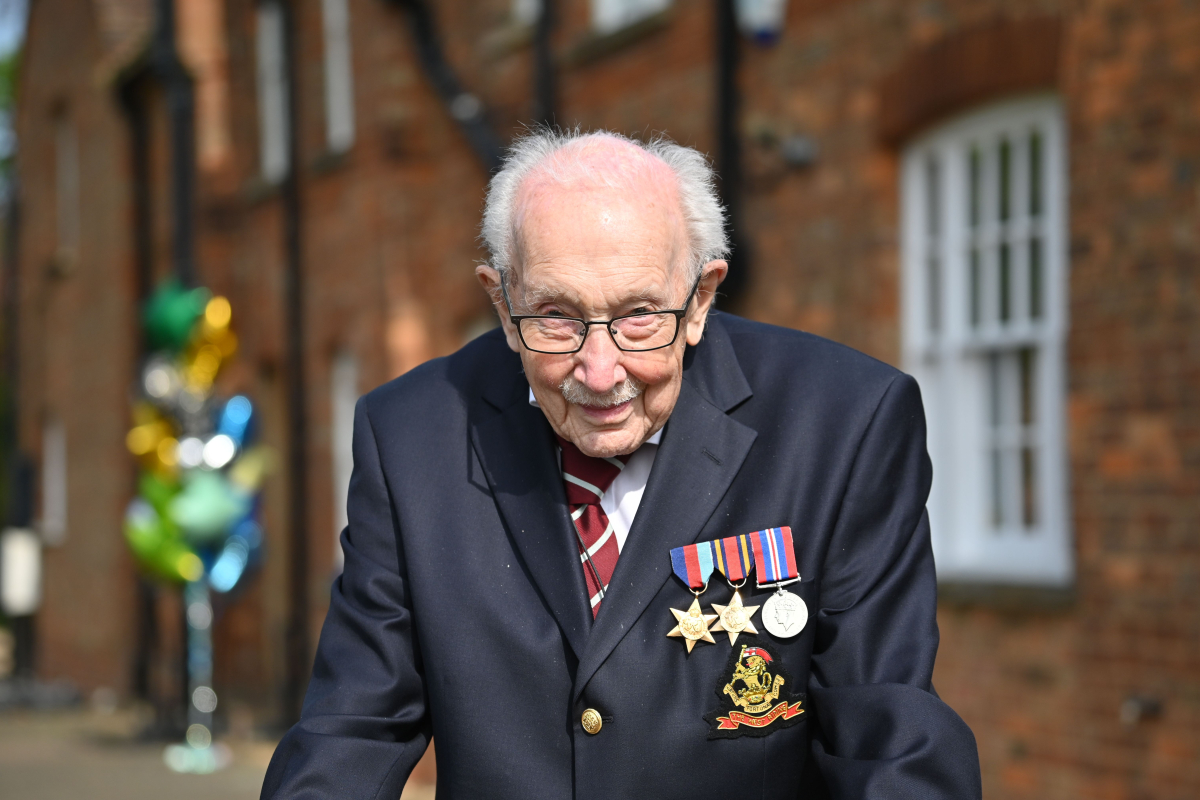 I learnt of the news that Captain Sir Tom Moore had passed away surrounded by his family three days after my grandmother died alone in a hospital bed. Her final days were lonely, she laid unresponsive without her family to guide her through a dark and fearful time.

To the government, my gran was not considered a hero to our society, but to myself and my family, she was. In her younger days, she was a pillar to her community, running a small village shop that for many kept them afloat during times of hardship. She went through many personal struggles but always came out stronger.

It saddens me that in these dark times you have to prove your societal worth to the leaders of our country, in order to be given the chance to see your family together one last time.

I know I am not alone in this feeling, with many other people expressing, over Twitter, their anguish at the times lost with family members, as well as their jealousy towards Captain Sir Tom Moore and the opportunities he was granted in his final days.

Clap for captain Tom the 100 year old man who died with his family next to him, despite it being strictly not allowed for every single other normal family in Britain, but not the 100,000 people who died alone in a ward before him🥴the country is so brainwashed it’s unreal

This tweet received a lot of backlash with many making the point that Captain Tom was very charitable in his last years.

Did the other people raise £33 mill tho? 🤒ask yourself that

Whilst many can agree that Captain Sir Tom Moore did more than most for our national health service, you could also argue that paying taxes and being a good citizen throughout your life is also enough to be granted the basic right to be able to see your family in your last hours.

There will always be anger felt from those who have lost a loved one during these times, whether it was from the virus or another ailment. Being physically stopped from seeing your loved ones when they are in pain is something that haunts you.

Although I am aware that there are many responsible reasonings for why there shouldn’t be numerous people passing through hospitals wards each day, I am also aware that, like myself, many families would have risked it to see their loved ones in their final days, just to spend their last moments together.

Throughout these lockdowns, the government have continued to forget that no one wants to die alone, yet thousands each day are. Unless in their eyes you are a hero, and for many ordinary folks in modern-day Britain you aren’t.