It has been a mixed week in Europe for the British teams as Manchester City, Manchester United and Rangers all picked up wins in UEFA competition, while Arsenal, Chelsea, Liverpool and Celtic all suffered defeats.

Premier League champions Manchester City defeated Real Madrid 2-1 at the Santiago Bernabeu thanks to goals from Gabriel Jesus, and man of the match Kevin De Bruyne. The hosts led in the game through a goal from Spanish international Isco, before Jesus equalised and De Bruyne scored from the spot. Sergio Ramos picked up his 26th red card for Real Madrid after taking down Gabriel Jesus who was in on goal .

Liverpool suffered another fate in Madrid as they fell at the hands of Diego Simeone’s Atletico Madrid 1-0. Chelsea also suffered a 3-0 loss at the hands of German giants Bayern Munich. Former gunner Serge Gnabry grabbed a brace and Robert Lewandowski scored the last.

The Scottish sides also enjoyed a contrasting week, as Rangers defeated Braga over two legs, while Celtic fell at the hands of Copenhagen.

Arsenal suffered a heart-breaking last-minute loss to the hands of Olympiacos at the Emirates. The gunners led the tie coming into the fixture but found themselves needing an equaliser in the second half. Pierre-Emerick Aubameyang’s overhead kick put the hosts in the driving seat, before a gut-wrenching last-minute winner for the Greek’s sent the favourites out the competition. 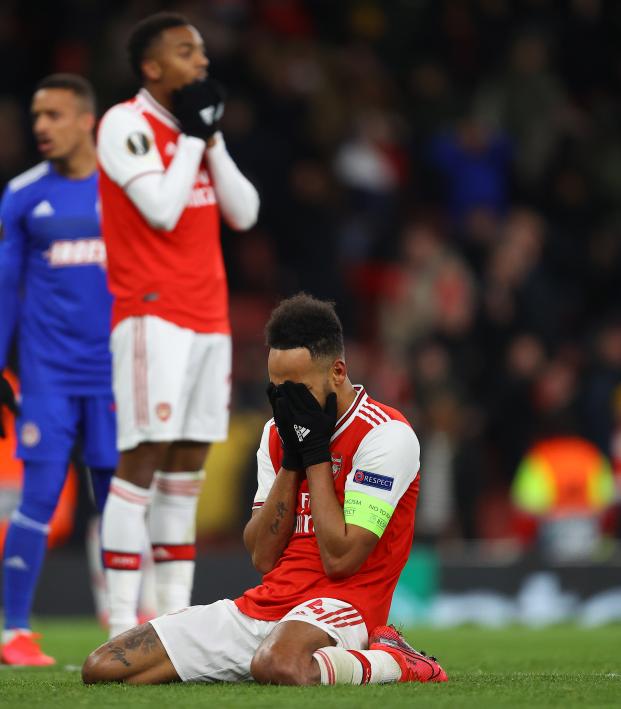 The next round of the Europa League is the round of 16, as Manchester United, Wolves and Rangers progress into the hat. Teams still left in the competition include Inter Milan, Roma, Bayer Leverkusen and Sevilla.

The draw takes place in Nyon, Switzerland at 12PM. There are no seedings or country protection meaning all teams in the draw are eligible to face each other. The first team drawn will play the first leg at home.

The British teams will be hoping to draw LASK, who are the lowest seeding going into this round. They overcame AZ Alkmaar in the last round travelling to Austria would not be a disaster.

Inter Milan, Sevilla and Roma would all pose a large threat for the British teams, and they’ll hope to avoid each other.

Stay tuned into Truthfal’s social media feeds for live updates on the draw in Nyon.