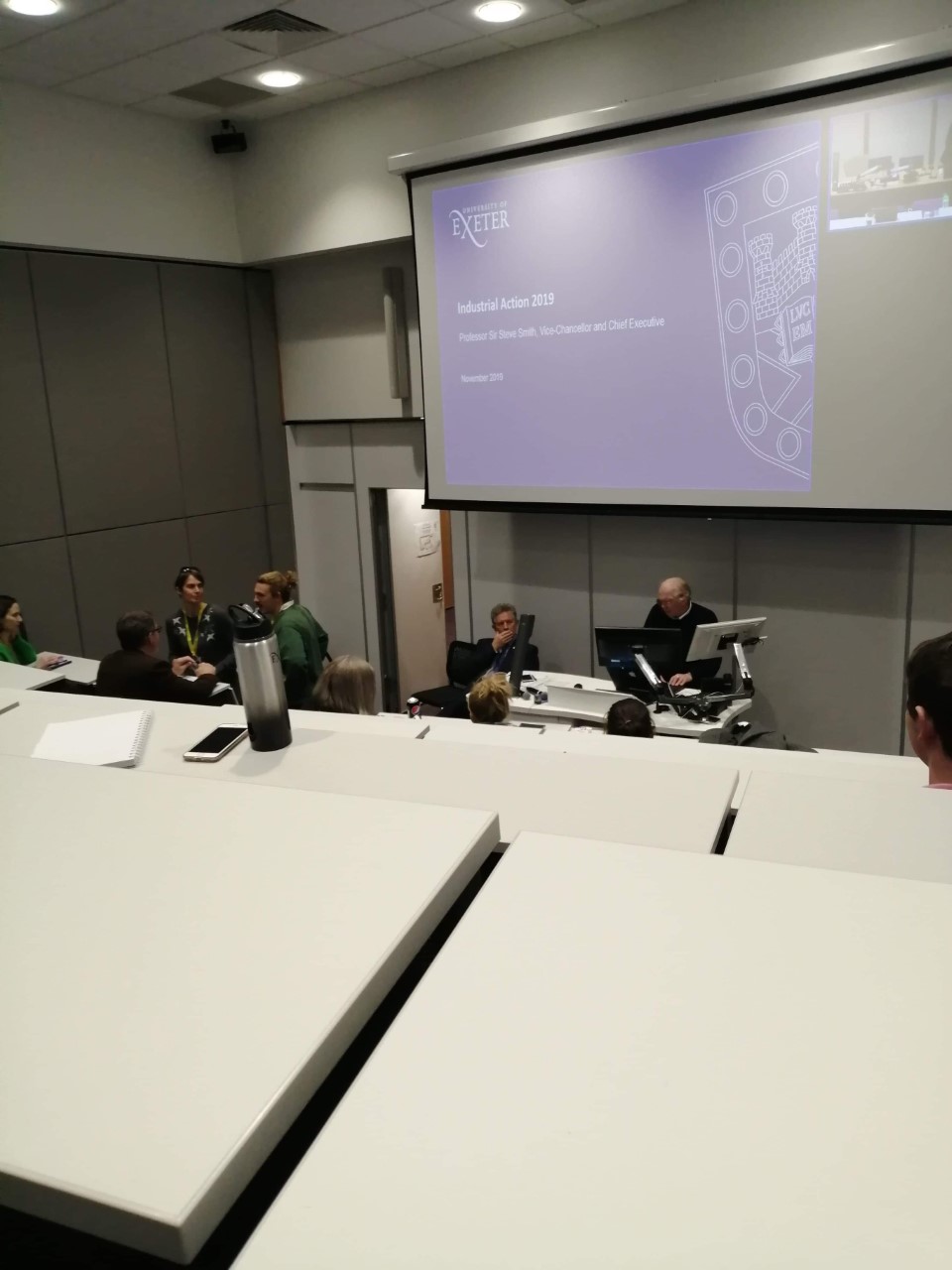 Sir Steve Smith prepares to talk to students about the lecturer strikes.

Vice-Chancellor of the University of Exeter, Sir Steve Smith, spoke on Penryn campus on Monday evening, announcing his desire for resolution to the planned strike action.

The strikes will take place from November 25th to the 29th, and then from the 2nd of December to the 4th.

Despite the lecturers being on strike, students have been asked to attend lectures.

Smith dismissed the concerns of worried students, saying: “You don’t come to University for contact hours, you come for intended learning outcomes.”

He also stated that: “Fortune 500 companies don’t even have pension schemes.”

For any international students worried about attendance, they will not be recorded as absent on strike days.

According to the Universities Superannuation Scheme, the deficit in the pension funds for universities has gone up.

The UCU is refusing to go over 8%, hence the industrial action.

The university claimed that pay for lecturers as risen beyond inflation, so it is affordable.

UCU members entered the meeting and made their discontent clear. They claimed the strike wasn’t just down to pay and pensions, but because of the gender pay-gap as well.

They also showed their upset at the contact hours and Fortune 500 comment. They accused the employer’s refusal to pay more of the pension contribution to the USS to show a lack of care.

The Peter Lanyon building will have a drop-in area for students with questions on strike days.