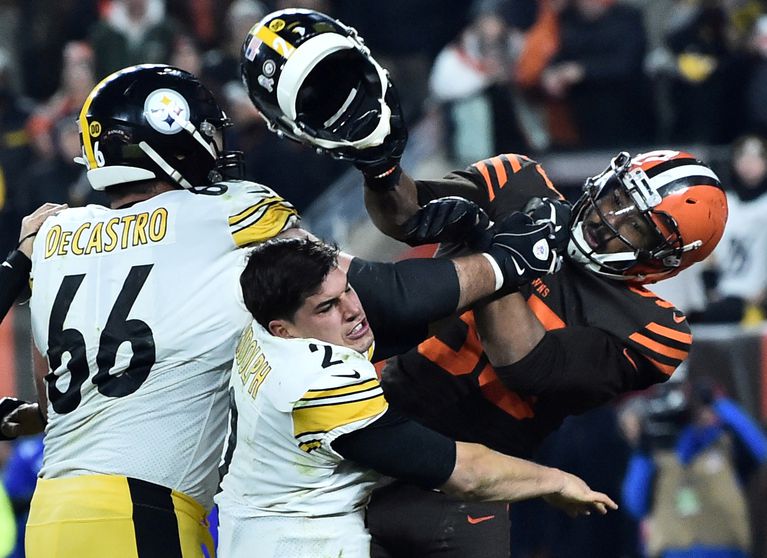 The chaos between the two AFC North division rivals

The fall-out after the violent National Football League clash between the Cleveland Browns and Pittsburgh Steelers continues as main culprit Myles Garrett awaits his suspension.

On the second last play of the game, with the game all but over, Pittsburgh Steelers quarterback Mason Rudolph and Cleveland Browns defensive end Myles Garrett were involved in a scuffle after Garrett, a former number one overall draft pick, had tackled Rudolph who reacted by trying to remove Garret’s helmet. Garrett then reacted by removing Rudolph’s helmet, then was pushed away from the quarterback by guard David DeCastro before Rudolph angrily charged at Garrett, who reacted by swinging Rudolph’s helmet at the quarterback’s head, making partial contact. Garrett was eventually taken to the ground by DeCastro and Pouncey, with the latter punching and kicking Garrett’s still-helmeted head. 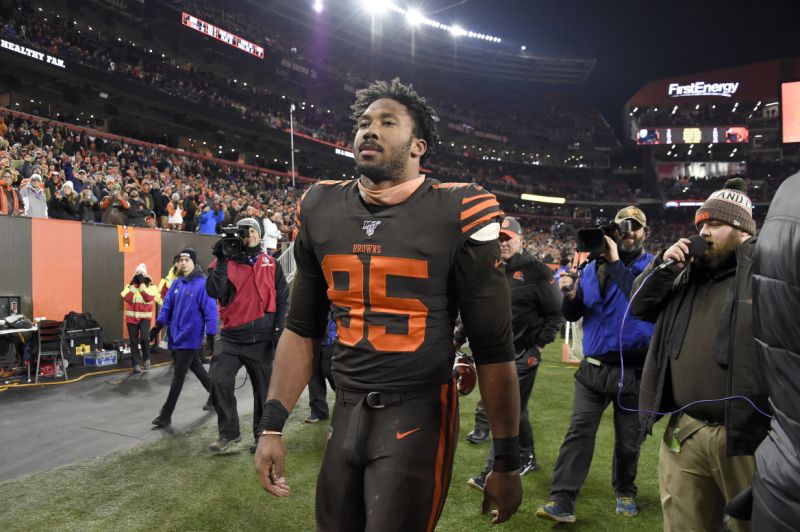 Myles Garrett walking off FirstEnergy Stadium after the brawl

Pittsburgh Steelers Mason Rudolph explained that he “fell short of the Steelers and NFL standards”, in regard to the Thursday Night Football clash with the Cleveland Browns.

“To say the least, it was an unfortunate situation for everyone involved. I consider it a privilege, not a right to be a part of the NFL,”

Rudolph said. “To be part of a first-class organization, to represent the Rooney family and the Pittsburgh Steelers. I fell short of that expectation last Thursday night.”

Garrett has been issued with at least suspension that will end his 2019/2020 season, however the full extent of it is yet to be revealed.