Colombia is closing its borders in an attempt to control protests 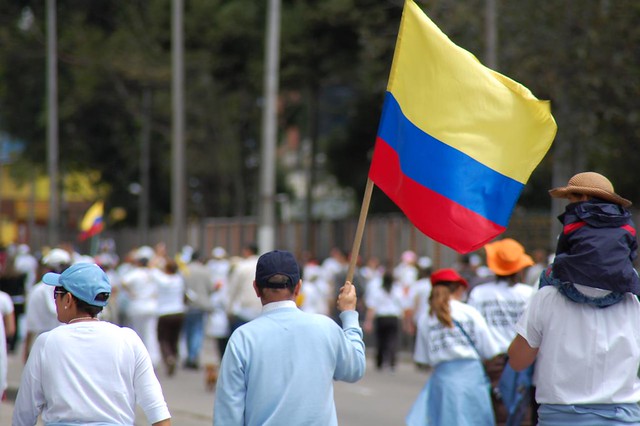 Colombia are closing their borders to prevent protests

With mass protests and strikes planned to take place this week, the Colombian government has announced its plans to close its borders until Friday morning in order to regulate and contain the violence that may unfurl.

Venezuela is steeped in political unrest and violence as well as economic collapse.

Similarly, Lenin Moreno, the president of Ecuador has been forced to cancel his austerity policies due to the extent of protests occurring in the country.

Tens of thousands are expected to gather against the government of Ivan Duque, the President of Columbia, provoked by recent austerity measures.

The government have also enforced alcohol bans and curfews upon the public, amidst a variety of riot control measures.

Many of these can be witnessed in the capital, Bogota, where there are reports of squadrons of police stationed outside universities.

Schools have advised students and teachers to remain at home whilst large amounts of businesses are also believed to close.

The issue has been discussed and shared widely on social media platforms with Twitter users such as Chris Bang tweeting: “Solidarity with everyone in South America fighting the right – from Colombia to Chile to Bolivia to Brazil. These right-wing ghouls may have taken office, but people are using their people power to fight back.”

Another user, Scuderia, stated: “…South America in general do not want Neoliberalism and its economic policies of austerity.”

The protests follow on from September where the country saw violent student demonstrations break out.