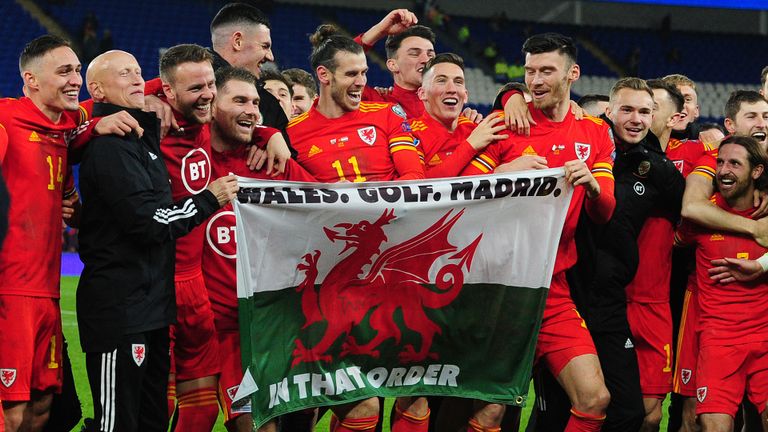 Bale more than happy to show the flag off with his Welsh teammates.

Wales qualified for the European Championships on Tuesday evening after a 2-0 home win over Hungary.

Aaron Ramsey scored a brace as Wales reached their second European championship finals in a row.

However, it was Gareth Bale who stole the headlines, not for his terrific cross for Ramsey’s first goal, but for the antics that took place after the game.

Bale was filmed dancing and jumping around with a Welsh flag that read ‘Wales. Golf. Madrid. In that order”.

The drama didn’t end there for Bale. When Ramsey and Bale were being interviewed by Sky after the game, the Madrid star accidentally let an ‘F-bomb’ slip when discussing Ramsey’s playing time.

Alec Stevens, Welsh football fan, said: “The way they’ve treated him at Madrid, why wouldn’t he feel that way? Obviously, he enjoys playing for the best nation in the world.” 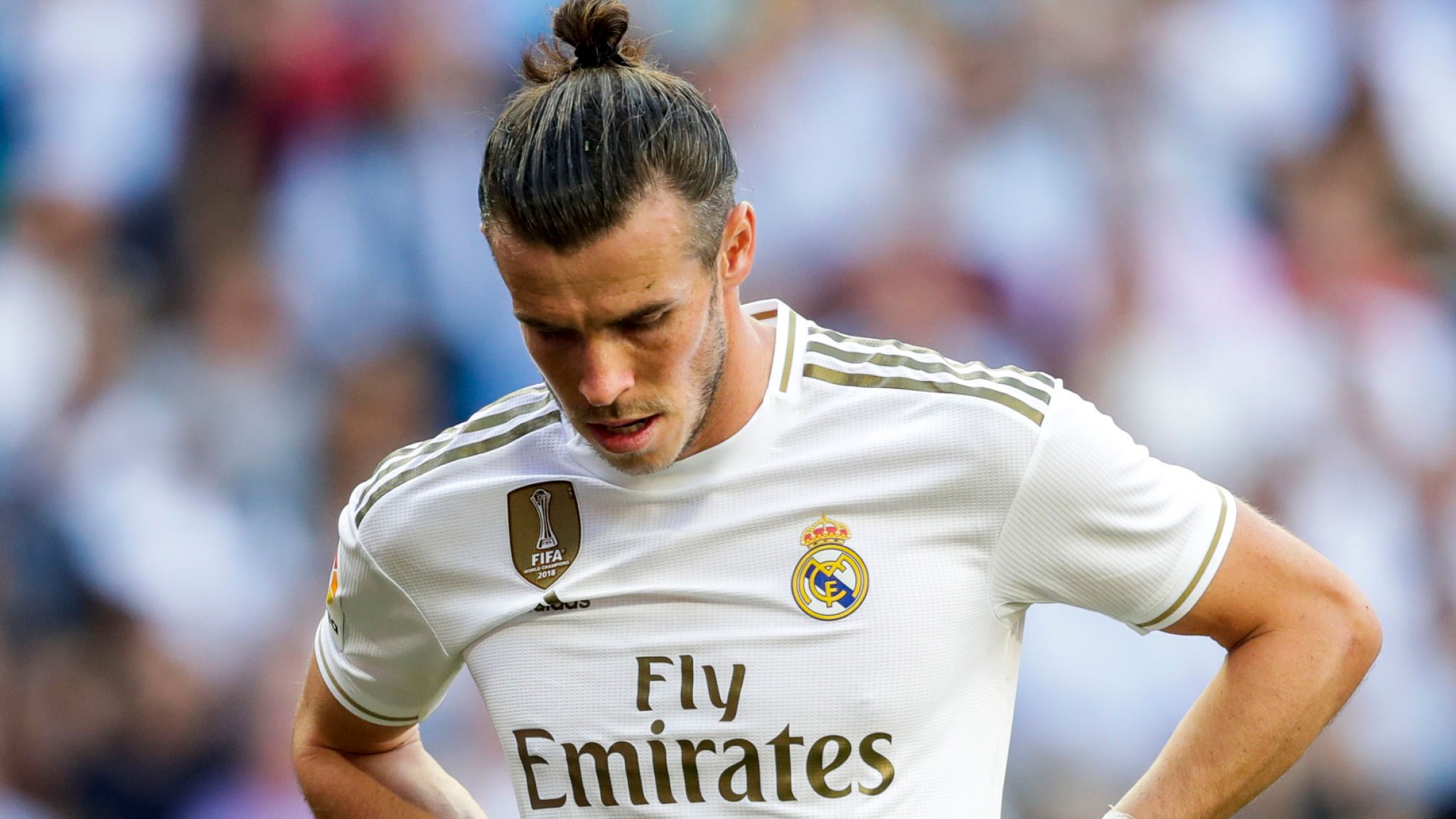 Bale under the weather for his club Real Madrid.

There were rumours that Bale would leave Real Madrid in the summer with manager Zinedine Zidane publicly stating Bale wasn’t in his plans. Since then, Bale has only outed for Los Blancos six times in the league this campaign, causing frustration for the super-star.

This incident has inevitably sparked the Bale transfer rumour mill once more with the January window fast approaching.

With Tottenham, Bale’s old club, appointing Jose Mourinho this week, could we see the Welshman return in the new year?

The bookies have Bale moving to Manchester United at 2/1, with Bale’s Tottenham return at 3/1 and a move to the capital with Chelsea at 10/1.

A night to remember for Gareth Bale, but a night to forget for Real Madrid.