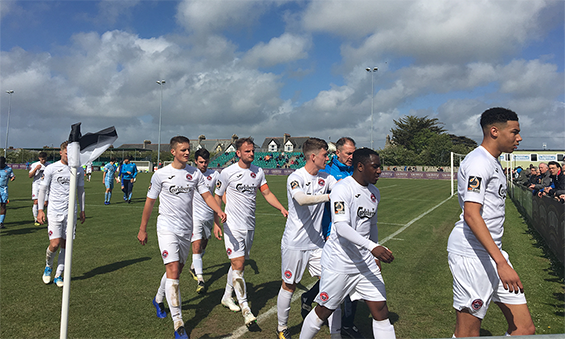 The White Tigers fought until the last whistle.

40 players, 4 managers, and 2 grounds sum up a turbulent season for Truro City. Cornwall’s highest ranked football team have been relegated from the Vanarama National League South.

It was too little too late for the White Tigers against Slough Town, the match replicating their season, full of highs and lows and plenty of drama.

As the wind howled across the pitch, Niall Thompson managed to put City ahead after 17 minutes, but the visitors came back with three consecutive goals from Matt Lench, Warren Harris, and Francis Amartey. 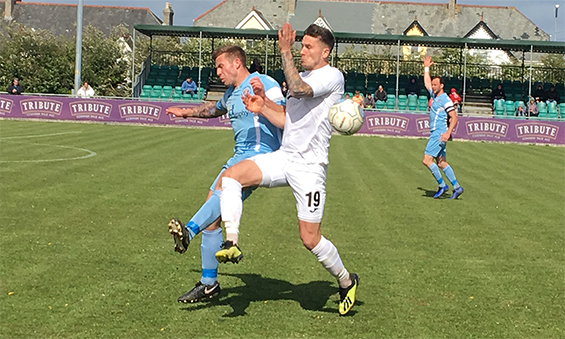 They created numerous chances but failed to convert them.

Despite a valiant effort and two stoppage-time goals from Tyler Harvey and Steven Ziboth, Truro ended the season with a 3-3 draw, having failed to secure a victory in the last twelve matches.

Tyler Harvey, City striker, and top goal scorer said: “Uncertainty behind the scenes has been the biggest problem for us this year. Issues in the club have filtered through to players.”

He added: “I’m gutted. It’s been a long season, and we’ve put so much effort in, and to come down to the last day and not be safe, is tough to swallow. It’s the first time I’ve been relegated and I will do all I can to make sure it is the last.”

A win at Treyew Road was needed to ensure they stayed in the League, but hopes were dashed after a draw for Hungerford, against East Thurrock, was enough to keep them safe and relegate Truro City.

Ron Ratchford, former Supporters Club Chairman, said: “The team hasn’t performed at the necessary standard. It’s been a fractured season… no team can survive that.”

Their losing streak came at a crucial point in the season, with their last success back in mid-February against Oxford City. This result means they will be playing in the Southern League South next season.

Problems arose from the start of the season when the side was forced to share a ground with their Torquay rivals, at Plainmoor. This came after the planned development on the current Cornish home ground was delayed, stunting the performance of players and adding to issues of consistency.

Steve Baker, an avid fan, shared his thoughts about why the unpredictability of management has been a key factor, he said: “It’s sad to see Truro be relegated. However, with the constant changes to players and the amount of cards the side has been awarded over the course of the season we deserve to go. But we went down fighting.”