Vegans Banning Bird Feeders; Whatever Next? 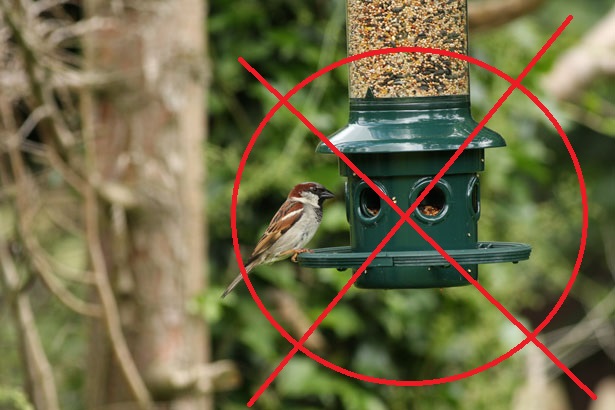 Veganism has grown immensely as a community across all media formats. It has become a worldwide phenomenon. As they continue to rise in numbers, Vegans continue to raise their concerns to their mass followers and they are getting more and more ludicrous.

Even though there is nothing wrong with the actions being taken by vegans and their beliefs, and I have nothing against what they primarily stand for, there have been causes risen that are absolute nonsense.

‘I think this is totally bazaar’.

How in any way is having bird feeders in an open spaced garden be to create any sort of prison for wild birds? A place where they can come and go as they please, fill their little bellies over and over.

A garden is a safe sanctuary, where wild animals can come and go at their leisure. In what world do people put out food, see a bird, and think okay I’m just going to put a huge cage in the garden and snatch their freedom.

This sudden concern just does not make sense. Bird feeders and bird food are sold at any local store or garden centre, where bird watchers, nature lovers or gardeners are able to purchase food, made solely by their own choice to feed wild animals. It is in no mean to capture and create this ‘personal zoo’ that some vegans have some new vendetta against.

The food is put out and is left alone. Birds come and go by their own accord and go about their day. In what way does this imprison them?

I think veganism beliefs are going too far. Their beliefs and cases risen are getting more and more absurd by the day. Now I know that not all vegans believe in these crazy stories. Many of them just purely do not like animal products. However, it has been brought to light that these communities are pulling all sorts of stories out of their pockets and causing havoc across the internet.

Here is what some people thought of the new concerns to bird feeding;

In response to this article, one posted, A Vegan now say we should ban bird baths and bird feeders in our gardens as they are turning them into zoos? WTF?? So basically, in harsh winter weathers, we shouldn’t feed the birds and allow them to die?! Well isn’t that a great animal loving view on life”!

Another tweeted, ‘Getting rid of bird feeders? Whatever next. This is ridiculous, it’s not harming them it’s helping them. OMG!”.

While another just said, “Oh god Vegans are at it again, whatever next?”

This new raised concern has baffled many people. I thought they stopped eating animal products because they loved them. Now suddenly, they want to stop feeding the wild.

Bird feeders have been around for years. Why is it suddenly, that they are cruel and purely used to create a ‘personal zoo’?

This is crazy. I think that the fame of vegans is getting out of control. They constantly want a story such as banning bird feeders to create a stir and therefore spread the word of their message.

We are all different individuals, I believe that just because to you it is a concern does not make it a worldwide catastrophe.