Ethical Media: Do you care where your games come from?

Ethical sourcing is a big thing nowadays. People want their food to be Fairtrade and sustainable, there’s been scandals galore over where your clothes are actually made, along with a slew of movements looking for the end of sweatshops. These are all worthy causes, and they’ve resulted in some positive changes such as much clearer signage for food which that’s sourced from companies in which the workers are fairly treated.

Now this is great news for the essentials of life; food, shelter and clothes, but what about the things which make life fun? Our games and our music, our books and our movies. In a series of articles, starting today with the games industry, we’ll be looking at the ethics behind how our media is. There will be discussions with local experts and the public about whether or not they care about where their entertainment comes from.

Let’s start, as I said, with the games industry. This is fitting when considering that Activision-Blizzard, Publishers of Overwatch and Call of Duty, have just announced record revenues of $7.26 billion but has still decided to lay off 8% of its workforce, totaling at around 800 jobs.

Next time you’re sitting down to enjoy a game of Overwatch or play the next installment of Call of Duty, think about the tweets below remember that you’re supporting a company that treats it’s employees as utterly expendable. 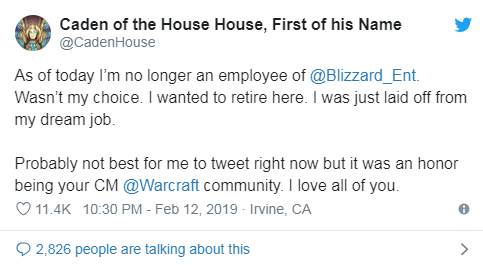 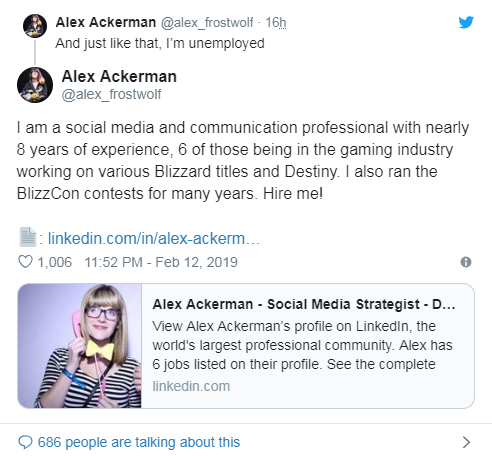 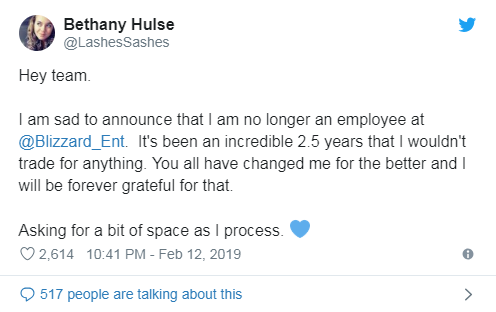 I went to the Games Academy at Falmouth University and talked to Professors and students alike about the issue. While the Professors wanted a longer discussion on the topic, which will be coming to you next week, the students were more then happy to talk from both sides of the issue. Being as they are both trainee developers and consumers they seem uniquely well suited to do this.

Pocky Davies, a second year Games Art student, said that she thought ‘The public don’t care how their games are made. We spend 100 hours a week sometimes making a game, and the end user doesn’t really acknowledge or care about that time, only that the product is a fun few minutes.’

Rob Fitzpatrick, second year Games Animator, said that “Games are a business first and art-form second. That’s always been the case and as long as that continues to be, developers aren’t going to be treated like artists. There’s always a push for morally ethical work standards, and unionisation. There’s a massive push at the moment to get rid of 100 hour work weeks, of working on one project then being thrown away, of the ‘crunch time.’ It’s a tough one as to whether people care about this kind of stuff. When I play a game I don’t tend to think about it. But when I am told about the working conditions that went into a game, horrific conditions which cause severe mental illness, I… well I appreciate the product more but really, was it worth it?”

It looks like there isn’t much faith in the public’s interest in where games are coming from and how they’re made. Hopefully articles like this and the ones in the coming weeks will start a conversation, and we can see some positive change in the industry.