Should Students Be Scared of Russia’s Nuclear Threats? Here’s What You Need to Know

March, 2022 – Russia invades Ukraine. Putin announces that nations who hinder Russia’s efforts will face ‘immediate’ consequences, the likes of which these countries ‘have never experienced in their history’. Many see this as a veiled threat to use nuclear weapons.

“I think [the threats] are very real.” Says Emilija Pliaukstaite, a Lithuanian citizen studying on Woodlane campus. “This war was started in 2014 when Crimea was taken. We thought that was going to end it, it didn’t end it.”

February, 2014 – Russia annexes the Crimea, a conflict that shows the nation’s ruthlessness when it comes to expansion, or taking back what they claim is rightfully theirs.

“We can never let the oppressor get what it wants because it’s just going to show that it can take more.” Emilija says, “Now’s the time to show that we have to stand together, all of the Baltic Nations, […] all the other nations that were taken at that time – he’s going to try and take us back.” 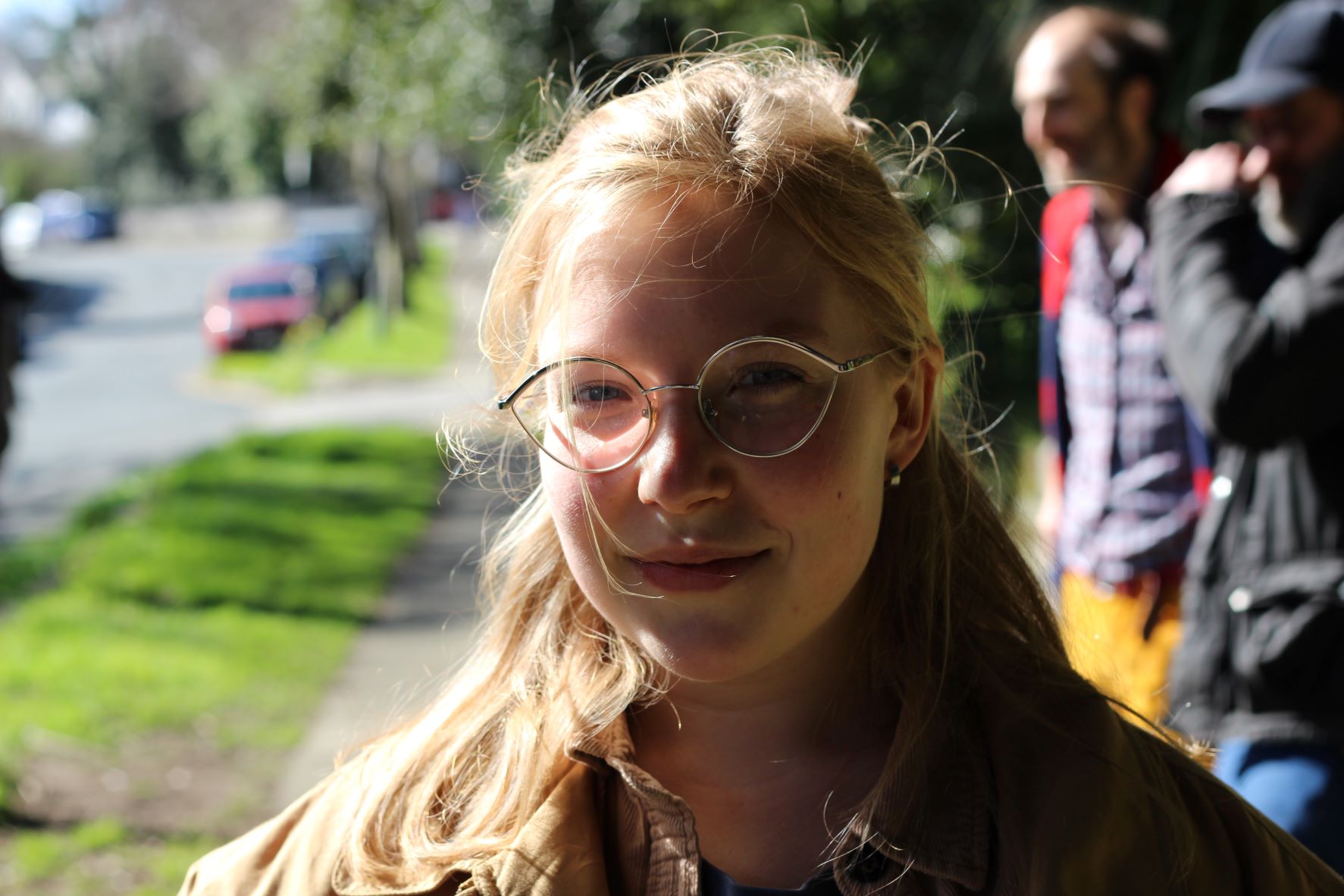 Emilija Pliaukstaite, Lithuanian national and student at Falmouth says ‘We can never let the oppressor get what it wants’

December, 1991 – The Soviet Union collapses, seeing the former republics of the USSR including Ukraine, Lithuania, Armenia, and Belarus liberated and gaining sovereignty as independent nations.

“[In] all of the Eastern European Countries, there’s still a collective memory of what it’s like to be occupied by Russia.” Says Silvija Vaitiekunaite, another Lithuanian citizen studying at the University. “[The threats] are real, it’s going on, it’s hard to find words for it, really…” 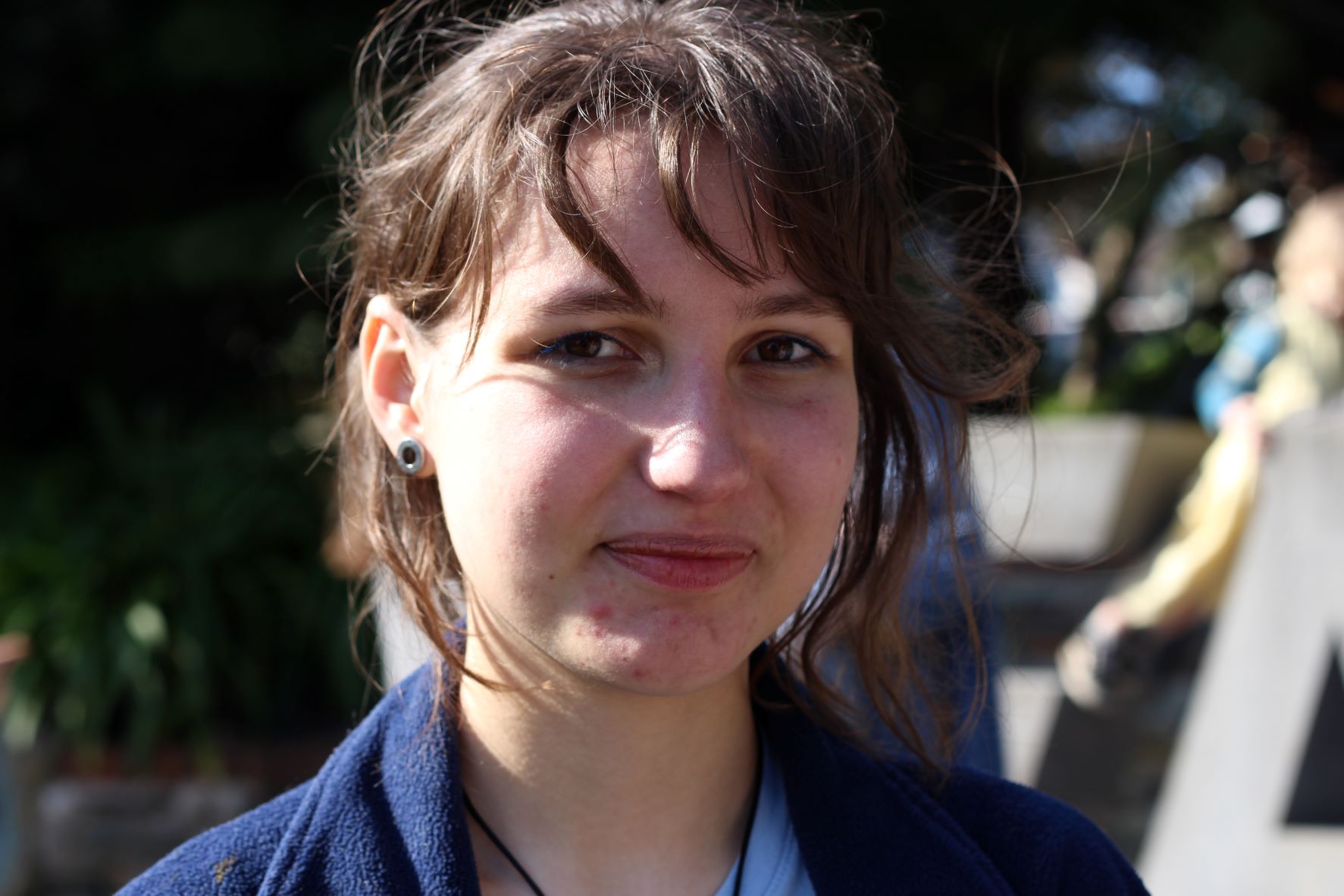 Silvija Vaitiekunaite, Lithuanian national and student at Falmouth says ‘There’s still a collective memory of what it’s like to be occupied by Russia’

The severity of the threats, namely, Putin’s promise of ‘consequences [we] have never encountered in [our] history’ cannot be understated. Nuclear weapons are tools of unbelievable magnitude, and are unparalleled in their ability to demolish.

July, 1945 – In the midst of the Second World War, the United States drop the world’s first nuclear bomb on a test centre South of New Mexico of the coast of the United States. This is the first time the world sees a weapon of this scale, equalling around 18,600 tons of TNT.

August, 1945 – The United States drops two nuclear bombs on the Japanese cities of Hiroshima and Nagasaki. Between 100,000 and 300,000 people are vapourised almost immediately – most of them are innocent civilians.

To the present day, nuclear bombs have never again been dropped on a civilian population.

July, 1968 – The United Kingdom, the United States, the Russian Federation (not yet the USSR), and nearly two-hundred other nations sign the Nuclear Non-Proliferation Treaty, an agreement to slow down building of nuclear weapons and encourage the peaceful use of nuclear energy, such as power plants.

February, 2021 – The New START treaty, first signed in 2010, is renewed, further ensuring that       the United States and Russia will further limit and reduce their nuclear arsenals, taking a meaningful step towards nuclear disarmament.

Despite ratified agreements that prohibit their use and limit their production, Putin’s words have made many people around the world, including students, understandably anxious around nuclear weapons.

“Definitely reach out to the student union,” Says Charlotte Agnew, President of Welfare and Inclusivity for Falmouth University and Exeter University students on the Falmouth campus. 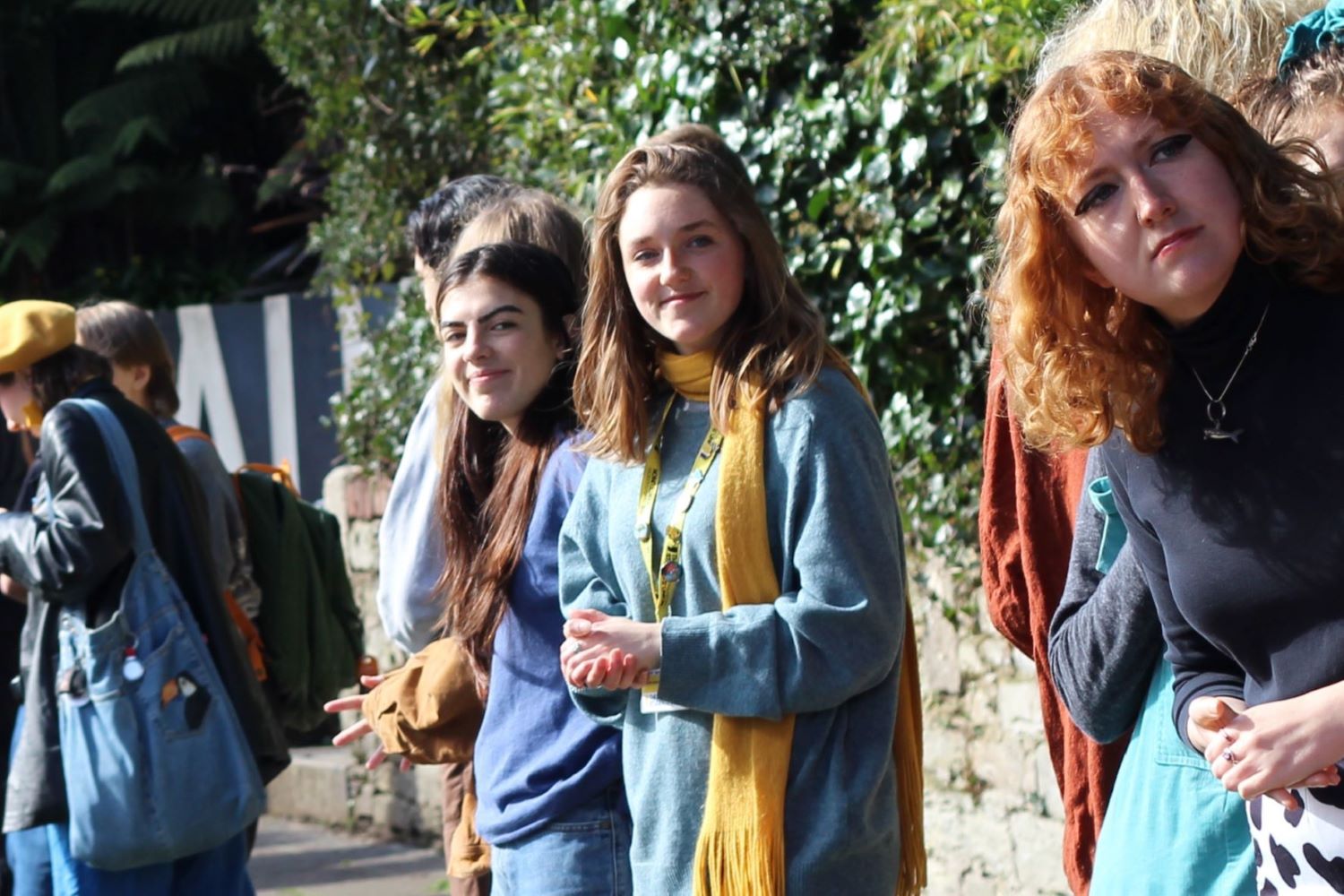 Charlotte Agnew (in yellow scarf), President of Welfare and Inclusivity, attending the march for Ukraine at Woodlane Campus

“Within that people can connect with each other, sit in solidarity, support one another. Check out the Student Union website, we’re going to be putting on more events – we’re planning a few things to bring students together, essentially, ‘cause it’s such a scary situation.”

In the face of threats by global leaders, students are making it clear that although our fears our founded, coming together and leaning on each other is vital. These words are meant to scare us into submission, though if Cornwall’s open arms to Ukrainian refugees and constant charity efforts to send aid show anything it’s that Falmouth and its students stand together with the people of Ukraine.

“We don’t have to be fearful because we have NATO.” Says Emilija, “We just have to try to fight for it until it ends. There’s no other way.”

An accompanying video piece for this article can be viewed here: