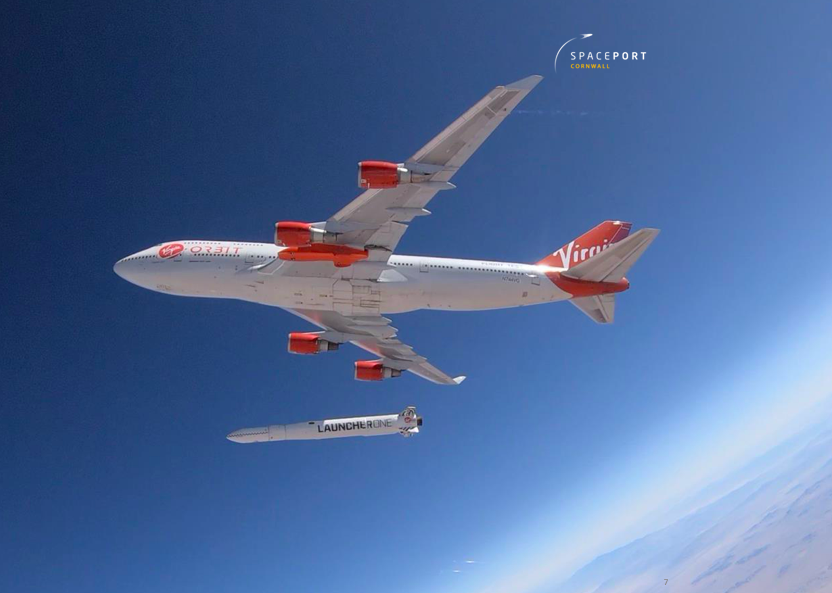 Virgin Orbit which will be launching from Spaceport Cornwall

This year Spaceport Cornwall is launching its inaugural rocket launch from its base at Newquay airport.

Spaceport Cornwall are working with Virgin Orbit and they plan to launch rockets into space for the first time ever on UK soil.

The event is planned to take place in 2022, as a Boeing 747 plane will go up to the 35,000 feet high before releasing the rockets that then power themselves into space.

David Pollard is the education and outreach manager at Spaceport Cornwall and he has been speaking to Truthfal about the launch.

He said: “Spaceport Cornwall will be a catalyst to grow the space sector here in the future”.

Spaceport also have plans to “develop the space cluster here, and that will mean in the future more jobs, but high skilled, high valued jobs.”

Spaceport is looking to work with people who are qualified now but to also build for the future Space enthusiasts by working “with the colleges and the universities to make sure that courses are starting to be provided so that students right from primary age can really see a clear route into the sector in the future”.

David added: “the chance for possibilities in the next 10 years is huge, probably beyond our wildest imaginations”.

David and his teams plan include a 3-day festival around Cornwall, as they aim “to try and get as many people engaged in it as possible.”

On the day of the launch David says, “you’ll be able to see from Newquay the plane take off with the rocket under the wing, that plane then has to fly for two to three hours to get to its drop point to then be able to get those satellites up into orbit.”

“Visually there might not be that much on the day but its going to be around all the excitement in the build up to that first ever launch from UK soil that will be really exciting”.