Falmouth leisure centre closes its doors for the last time 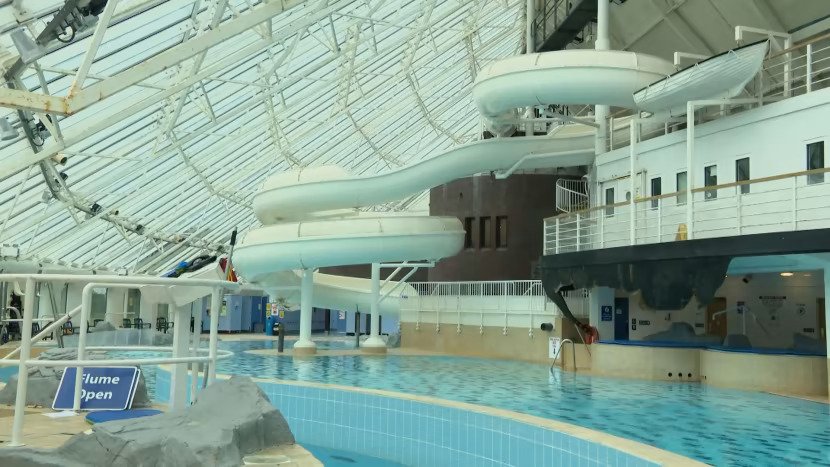 Falmouth based leisure centre, Ships and Castles, closed its doors for the last time yesterday (March 31st) after a lengthy battle to save it.

The centre, built in 1993, provided a wealth of facilities to the community, including a 70m flume, wave pool and fitness gym.

The leisure centre was hit hard by Covid, and in 2021 operator Greenwich Leisure Limited (GLL), announced that they would be pulling out, as they could no longer keep it open without support.

After GLL’s announcement, other potential operators were invited to put in bids to run the centre.

Protests were also planned in Truro, with campaigners gathering outside New County Hall in Truro in October 2021 to demonstrate against the closure. 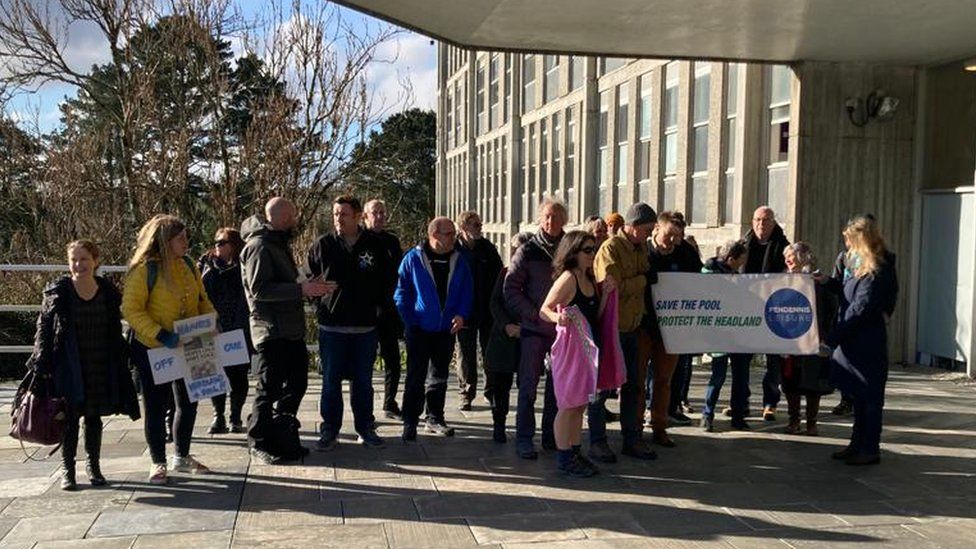 Campaigners gather in Truro to protest the closures

Two companies expressed interest in taking over the Ships and Castles site, but Cllr Richard Pears, who holds the portfolio for leisure on the council, said that neither bid would be “economically viable.”

The conservative-led council cabinet announced that none of the bids had been successful, and the closure would go ahead as planned at the end of the month.

However, a call-in by councillors Jayne Kirkham and Laurie Magowan delayed the decision by two weeks on the grounds that the original decision was made with “inadequate information.”

The councillors argued that the council had not adequately considered all the information when making their decision, and said they also needed to look at:

-The actual value of the bid in revenue terms and whether it did in fact fit within the budget framework.

-The fact that the two bidders were keen to work together and negotiate further, information that had not been given to the council previously.

-The social value of each bid and how it would affect the local community.

News of the delay was met with enthusiasm from local people, but the council warned that it was unlikely to change its mind on the closure, despite reviewing the new information. Conservative councillor Richard Pears said:

“The bids put forward to operate the leisure centre in Falmouth all relied on the council being able to heavily subsidise its running in the long term. We have said all along that this is precisely what we cannot do.”

On the 28th of March 2022, the council met again to decide the final fate of the leisure centre but, after nearly an hour of deliberations, decided not to reverse the decision.

This means that the closure of Ships and Castles on the 31st of March will go ahead as planned.

Pendennis Leisure, one of the companies to submit a bid, said that it was “gutted and disappointed that the people of Falmouth, Penryn and surrounding areas are being left without a swimming pool/public leisure facility when the centre closes its doors today.”

“We still feel the closure of the centre is extremely short-sighted and will severely impact many people, both now and in the future.”

People took to Facebook to vent their emotions around the closure, with people posting pictures of “their last swim” at the centre, and lamenting that it was “a very sad day for Falmouth.”

People also questioned the council’s decision to label the pool “unfit for purpose”, as it doesn’t focus on lane swimming.

“It’s not about lane swimming (except for those who want that) – it’s about physical and mental accessibility for disabled and frightened children (and adults) who need a gentle and soothing introduction into the water… and it’s about low income and access to water in a safe environment for everyone!”.

This closure is a small part of a worrying trend in the UK. Over 400 leisure centres have closed since the start of the pandemic, and in 2021 head of UKActive, Tanni Grey-Thompson, warned the Prime Minister that up to half of all England’s leisure centres could be at risk.