Russians risk their freedom to protest against Putin 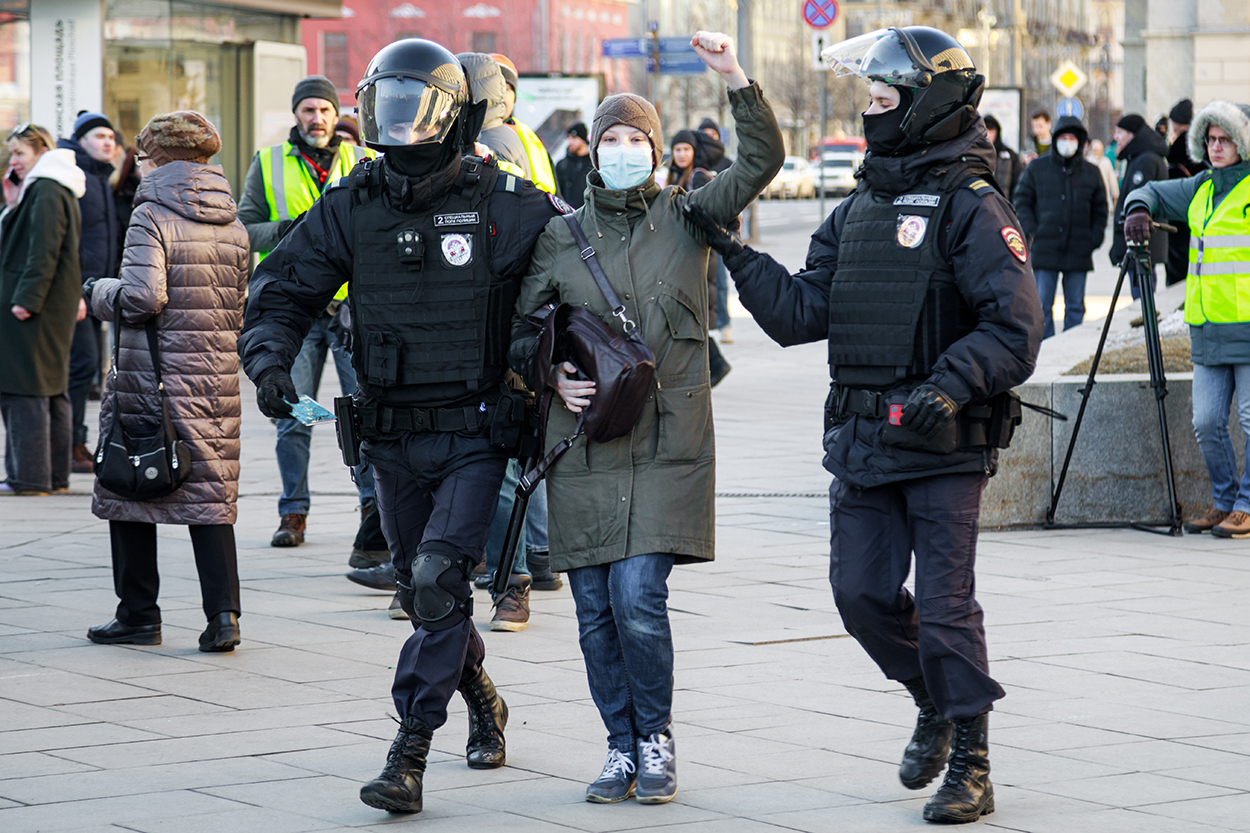 A month into Russia’s invasion of Ukraine, Putin continues to attack the freedoms of his own citizens.

Human rights monitoring group OVD-info records actions taken against protesters. According to the independent site, 15,099 people have been detained at anti-war actions in Russia since the invasion of Ukraine on the 24th of February.  People all over Russia are being arrested for single person pickets, from wearing pacifist symbols to simply using the word ‘war’.

Russia’s law criminalising ‘disinformation’ about Ukraine means citizens who call the conflict a ‘war’ or ‘invasion’ rather than a ‘special military operation’ can face up to 15 years in prison.

The latest victim of Kremlin’s crackdown on free speech was Meta which the state labelled an ‘extremist’ organization on the 21st of March, according to Reuters. Facebook and Instagram have been banned alongside independent news outlets that counter the Kremlin’s propaganda.

Even those who are not physically speaking about the invasion have been detained. On the 6th of March a man protesting with his mouth taped shut holding a blank piece of paper was detained in Irkutsk.

According to OVD-info, just today security forces conducted a second search of the apartment in Kazan of the author of an anti-war letter; in Petrozavodsk a woman who was detained for ‘anti-war posts’ has been banned from leaving the city, attending public events and using any form of communication; and in Moscow a protocol has been drawn up against Channel One protester Marina Ovsyannikova for ‘discrediting’ the Russian military.

Despite the risks Russians are continuing to show their opposition. By lunchtime today alone, at least 936 people had been detained for protests in 37 cities.

Focus: The climate protester inspiring activists on the streets

Truthfal has been in communication with Arshak Madichyan, a climate activist from Moscow. The Fridays of the Future campaign saw thousands of students skipping school globally in mass protests the lack of climate action. Due to laws banning demonstrations with more than one person in Russia, Madichyan protested every Friday alone.

His single man pickets both highlighted the climate emergency and defied the authoritarian laws on freedom of assembly. He inspired others across Russia to do the same.

In his post he said: ‘In a country that hasn’t had elections for 20 years, every day is an election. Every day we choose to be activists and stand up against this terrible system…It’s better to stay in jail or die than be part of this terrible system.’

In a later instagram post published on the 7th of March he said: ‘Despite thousands of detainees, torture, beatings. Despite tens of thousands of policeman in Moscow. Hundreds of thousands in Russia. Despite the threats of criminal sentences, new absurd laws…The antiwar movement will grow.’

‘We protest because we are ashamed of the war crimes in Ukraine. For murdering civilians.’

‘There will be no future for honest young people in Russia if Putin remains in power. What could be scarier than a life without rights and conscience?’

He appealed to his fellow Russians: ‘Join the anti-war movement of Russia. Everybody is scared right now. Yep, it gets worse from here. It’s even scarier. Dark times are upon us. But we will survive and come out stronger and better…Power is in the people, not in officials. It’s time for the government to resign. They have failed us all.’