From two-piece to T-shirt: The decline of UK tailoring 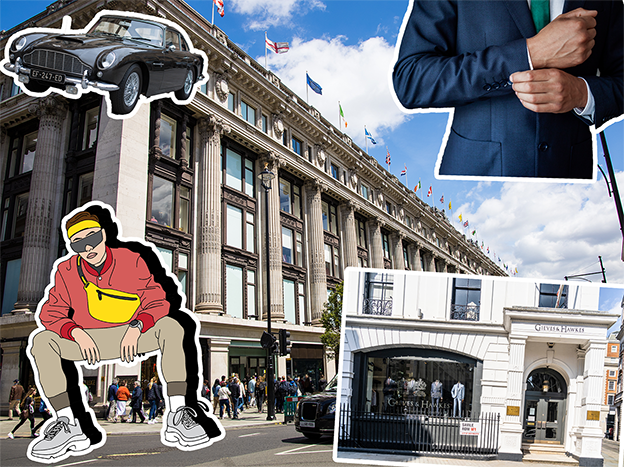 A classical, well-made suit never fails to impress, in my humble opinion. But I might be out of step with our times since it seems that the popularity of suits has fallen drastically. Especially after the pandemic, and with many working from home, the noble two-piece has apparently been ditched in favour of a T-shirt and joggers or casual button-down, often paired with pyjama trousers.

Ever since one of the first and iconic stores in Savile Row, Gieves and Hawkes, nearly went bankrupt in the autumn of 2021, things have not been looking very bright for that beacon of London tailoring. Even beloved department chain Marks and Spencer now stocks formal wear in only half its stores.

A few weeks ago, I visited Savile Row, and stumbled across Huntsman, a very well-established suit-maker. Unfortunately, however, it seemed they had forgotten about their history and class: their window display is an advert for a film, and the only custom they would get from this is tourists snapping photos in front of it.

Another great brand, Church’s, an English shoemaker established in 1873, has now collaborated with Italian company Off-White. An established brand, producing great Oxford shoes, is in bed with a brand that creates sneakers. Predictably this caused an outpouring of anger and disappointment with Church’s regular customers. And by the look of the shoes, I don’t blame them.

Oxford Street has changed quite a lot too – and not for the better. It used to be great with a variety of different stores. But now it’s full of American “candy” stores, plus multiple outlets flogging knock-off brand goods. And don’t get me started on Selfridges. Yes, does offer some great and well-made items, but most of it is essentially Primark for the nouveaux riches. Its clothing offering is deeply unappealing too: bold colours, logos, and slogans splattered everywhere. A definite no-no.

Kara Kennedy recently wrote in the Daily Telegraph [paywall] that apparently Eton schoolboys are dressing down. The traditional uniform would often cost one around £1,000. But now it seems that the boys at the school which has educated 20 Prime Ministers don’t seem to bother about image; lockdown haircuts, untucked shirts and Air Pods rule.

Perhaps this is all the fault of Headmaster Simon Henderson. His nickname around the dorms, according to theTelegraph, is Trendy Hendy – a reflection of his progressive views and his plans to bring more bursaries and “real-world” values to school life. He was also rumoured to favour abolishing the old uniforms, but after Old Etonians threatened to pull their donations, he changed his mind very quickly.

Our current Prime Minister, Boris Johnson, perhaps symbolises this sartorial decline. He looked very well put together during his Eton days if the old photos are to be believed. Now he is more of an Eton Mess. 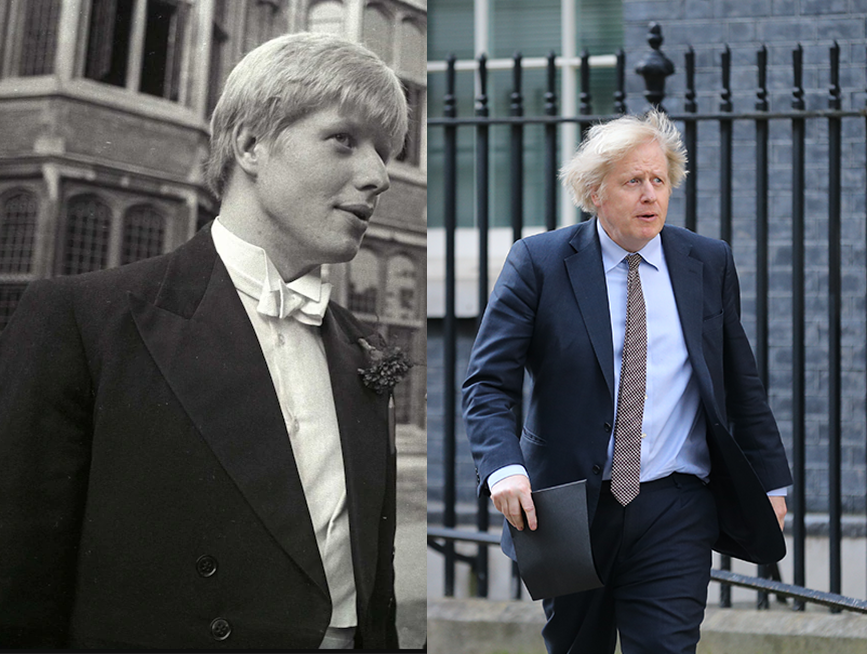 Young Boris Johnson during his time at Eton, and now…

On the other hand, David Cameron, an Eton graduate as well, was voted one of GQ’s Best Dressed Men in Britain. He kept his support for British brands and designers, and always looked like a statesman even as he fell on his sword after the EU referendum.

But there is some hope amid the tailoring gloom.

That perfect embodiment of the British gentlemen, HRH The Prince of Wales – known for his splendid suits as well as his eco-consciousness – has shoes that he has been wearing for more than 20 years. I am sure HRH, and many will continue to preserve this great style, no matter what trends are being set. 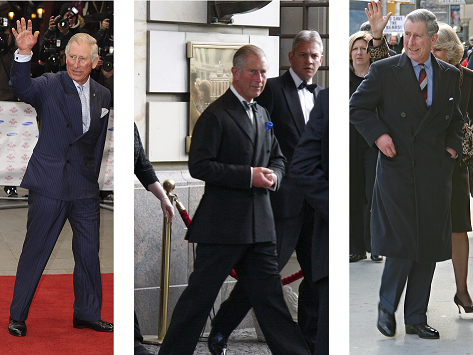 The Prince of Wales always looking splendid- HRH is dressed by the tailors Anderson and Sheppard.