A new J.K. Rowling detective series called Strike is currently being filmed in Falmouth for the BBC.

Over the past week, the Prince of Wales pier has been taken over by the filming of the fifth instalment of Rowling’s Cormoran Strike TV adaptation, with the latest series set primarily in Cornwall.

The latest series, Cormoran Strike: Troubled Blood, follows the war veteran turned private investigator who returns to his homeland of Cornwall, when a 40-year-old unsolved case becomes too intriguing to ignore.

The BBC series is based on the J.K. Rowling books under the same name. Although written by the famous author of the Harry Potter series, the books were written under a pseudonym: Robert Galbraith.

We spoke to a medic working on the project, who preferred to remain unnamed. They confirmed that the project they are filming is indeed Troubled Blood series for the BBC. They said they were shooting in Cornwall due to the ‘beautiful scenery’, and that they would ‘definitely be coming down here on holiday sometime soon.’

The crew shut down the Prince of Wales Pier for several hours for the filming of the show, and has also been spotted filming at the Palacio lounge on the Moor. However, this isn’t the only place in Cornwall where filming has been spotted – Tom Burke (Cormoran Strike) and Holliday Granger (Robin Ellacott) have also been spotted at the Victory Inn in St Mawes and at the Royal Cornwall Hospital in Truro.

The programme is set to consist of four 60-minute episodes, following the same format as the previous seasons. While there is currently no date set for when the show will air it is rumoured to come out late this year, or early in 2023.

Nevertheless, it is exciting for Falmouth and Cornwall to get some recognition for its beauty, with such a big series filming in our local area. 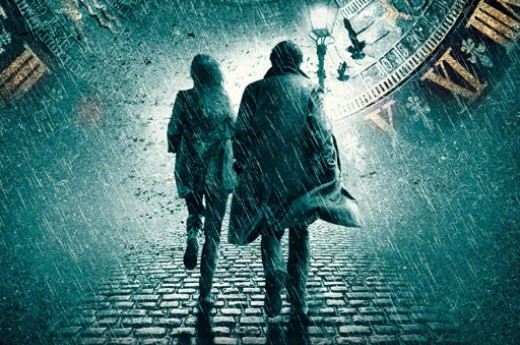 Source: robert-galbraith.com // Cormoran Strike: Troubled Blood, does not currently have a release date.