Campaign against second homes makes its way to St Agnes 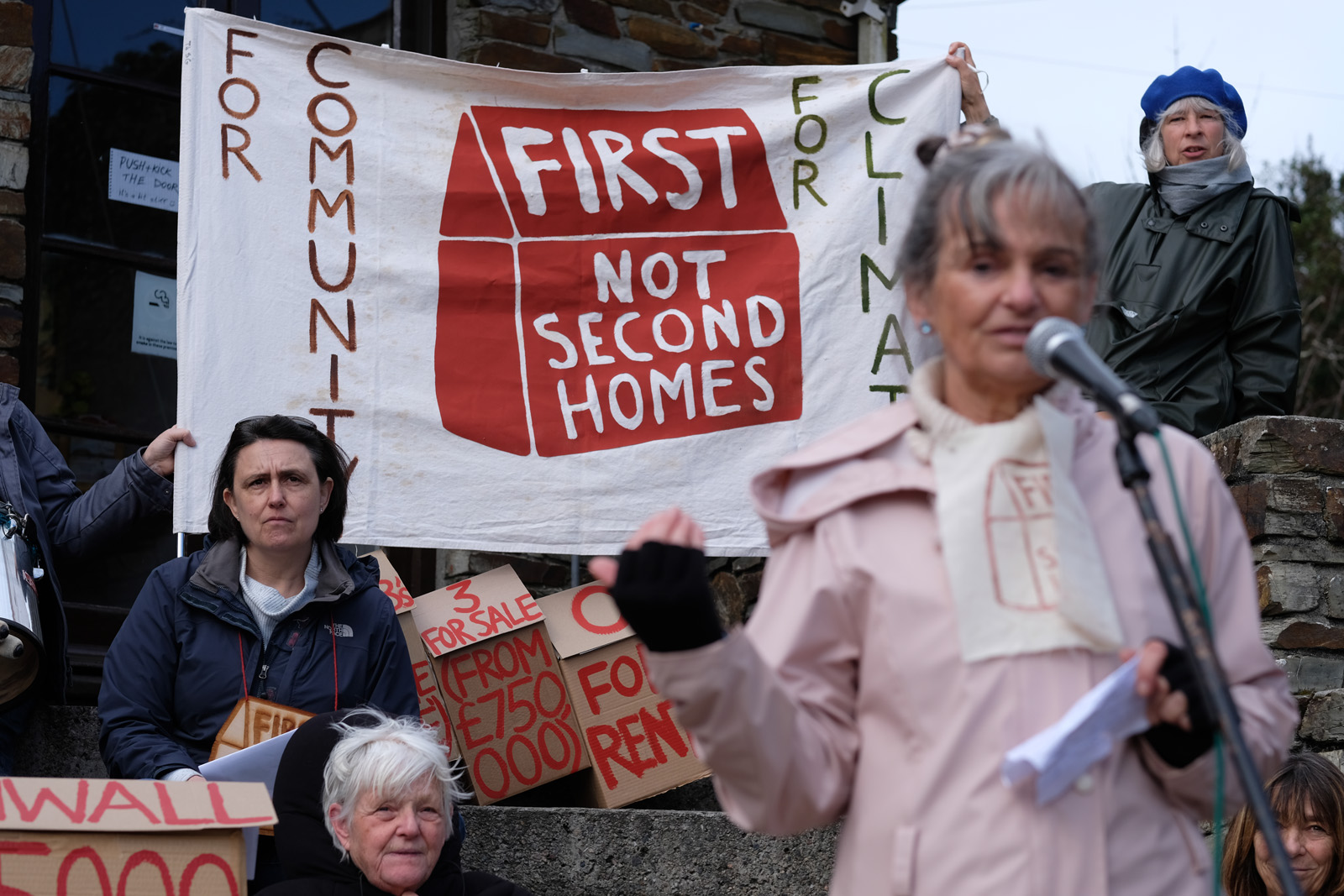 On the 13th of March, the pressure group First Not Second Homes (FNSH) held an action in the Cornish village of St Agnes.

Founded by Camilla Dixon, FNSH have been campaigning since last September against second home ownership in Cornwall, which they believe is driving local people out of their homes.

The protests can be easily recognised by homemade cardboard houses, painted with slogans such as “Evicted for Airbnb” and “Homes 4 workers not 4 investors”. 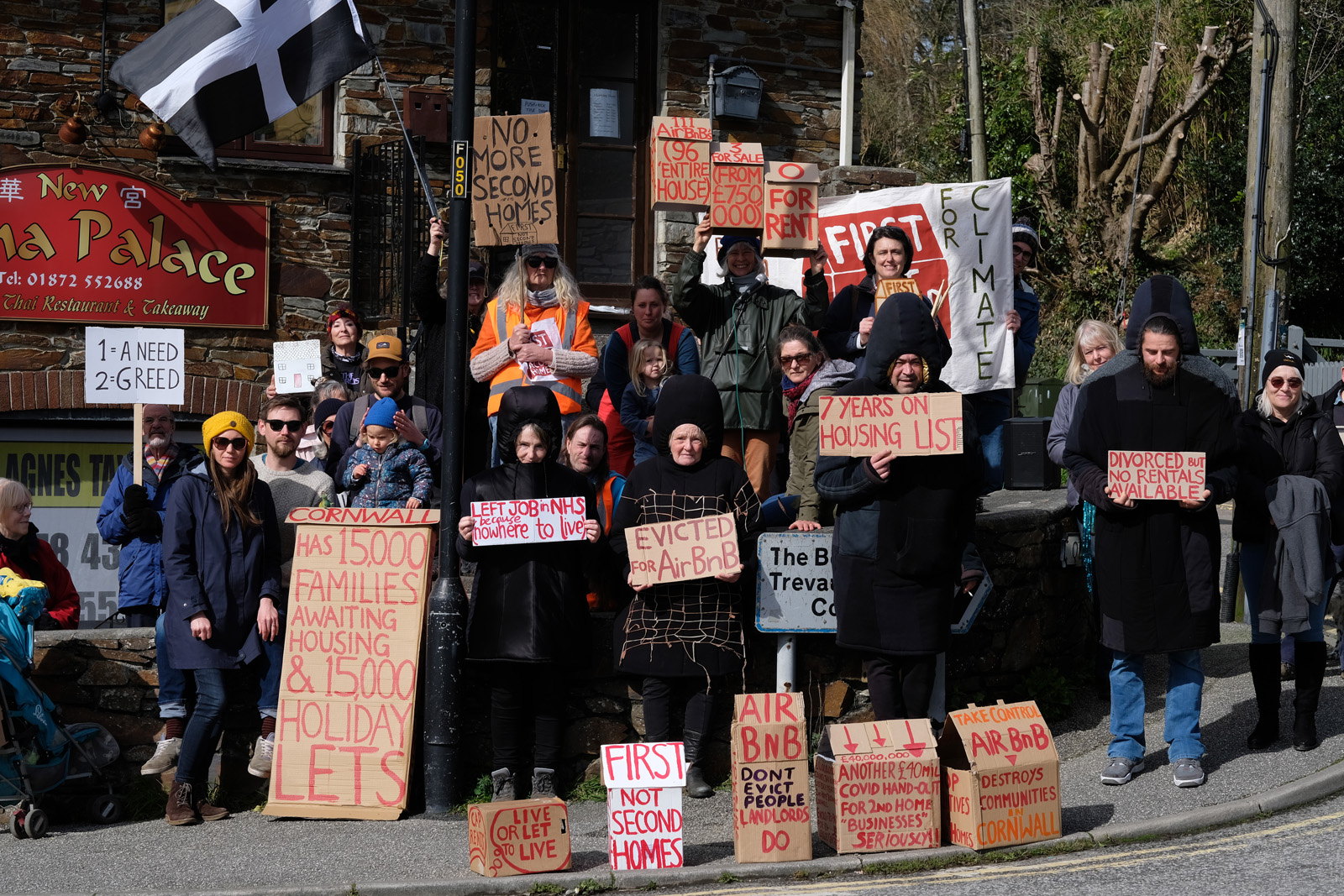 When asked why they set up the group, Dixon responded:

“Because this is a huge problem, wrecking lives and communities, increasing the inequality gap. Not only here in Cornwall, but all over the country.

“But nobody was talking about it as everyone either has one, or knows someone who has a second home, so it’s embarrassing and awkward.”

“It needed to be brought out into the open, made visible to raise public awareness, while we get on with trying to achieve legislative change to regulate their numbers and bring those uninhabited properties back into residential housing stock.”

FNSH have said they would like to see a “Vancouver Model” policy introduced, where people can only let out their first homes as holiday lets, removing some of the incentive for people buying secondary properties.

If other Vancouver-style policies were also adopted, empty homes could be fined and put under compulsory purchase by local authorities to be used as social housing.

“This model has been tried and tested in Canada and has greatly helped some of the housing issues faced there, without the need for building more housing, which is of course not an option as we also have a climate emergency,” Dixon says. 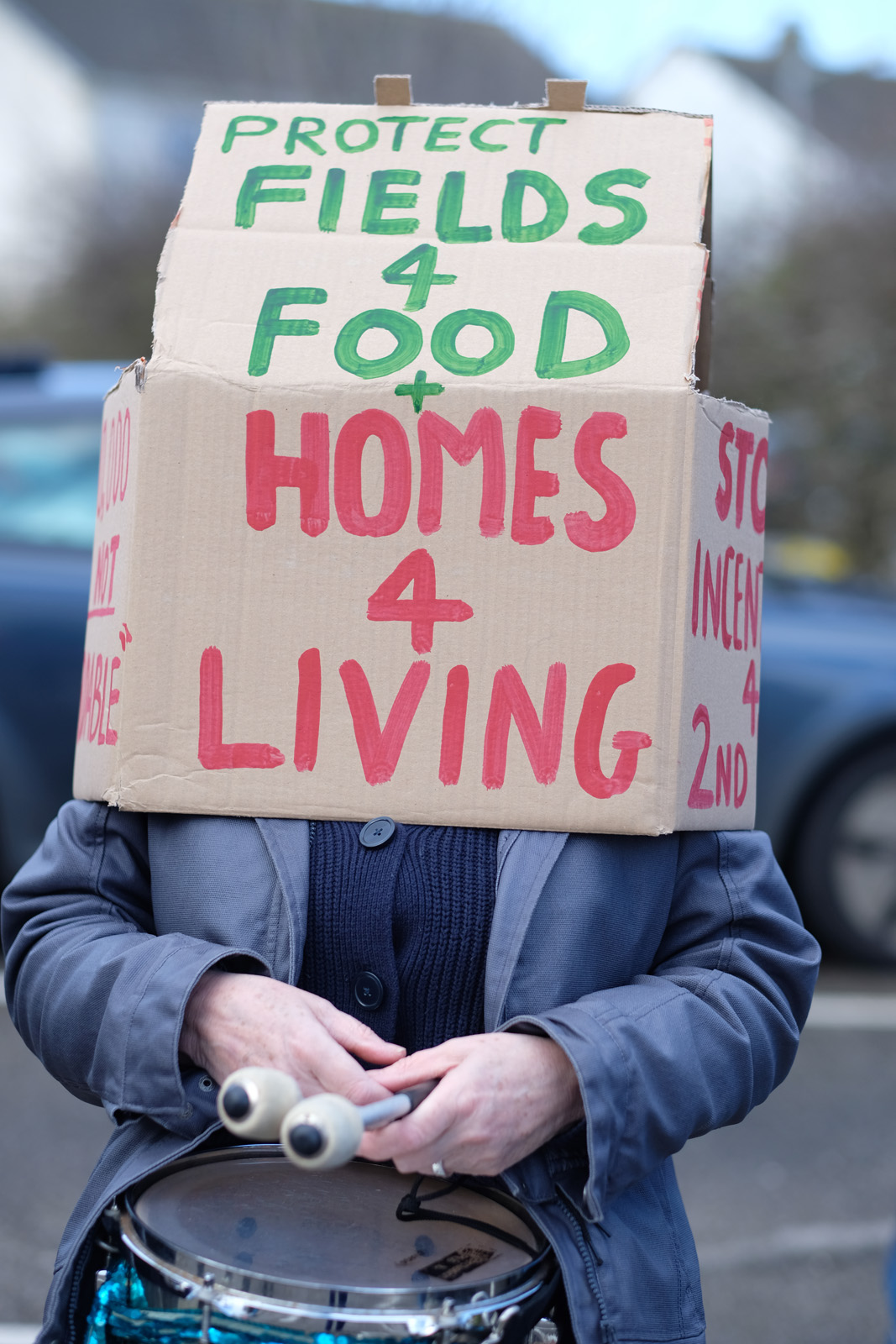 On the housing market website, Rightmove, there are only three houses for sale in St Agnes as of the 18th of March, with prices ranging from £550,000 to £1 million.

Many local residents see this as a problem, as there are very few affordable options for people on a lower income.

There were no properties to rent available in St Agnes, whilst there were only two houses available for rent in the nearby town of Perranporth for £1500 and £1600 a month.

There were a number of properties in Cornwall listed on the site for sale for over £3 million, many of which are new developments with “panoramic sea views”, and are fetching high figures in the Duchy these days.

To highlight the severity of the crisis, there are currently only 63 houses for rent on Rightmove in Cornwall.

The next FNSH protest will be taking place in Porthtowan on Sunday the 3rd of April.