St Piran’s day is here, but what is it and how do we celebrate? 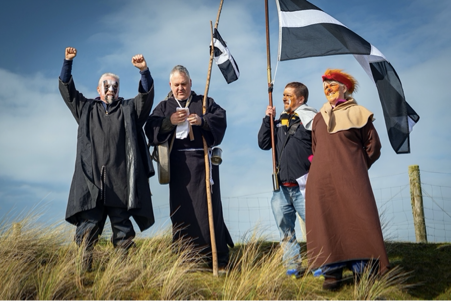 This Saturday is Saint Piran’s day, an event Cornish folks first look to in their annual calendars and a festival celebrated up and down the county – but what actually is this ritualized tradition and why is it so significant for Kernow?

The day itself, which falls on the 5th of March every year, is the National Day of Cornwall and honours the patron Saint Piran, a fabled legend, famed for his discovery of the precious metal tin, hence its other name the ‘tinners holiday.’

Whilst scholars have bickered and squabbled for centuries as to the origins of Saint Piran, with no definitive history proven to support the claim, many follow the belief that he was a bishop who traveled to Cornwall following his exile from his Irish homeland in the early 6th century.

With his countrymen said to be envious of his ability to heal, the patron was supposedly thrown to sea, attached to nothing but a millstone and miraculously sailed his way to safety, landing on a small beach near Newquay.

This would in turn be the place where Saint Piran would set up stock and it is here where he built his oratory, a small chapel where the remains can still be seen today, submerged in the sand.

The beach has since become a hotspot for tourism and recognised for its glorious golden sand, whilst in honour to Saint Piran was named after him in tribute, collecting the name Perranporth beach.

As the ancient tale has descended and been told by generations of Cornish families, many have developed their own hypothesis of the story. 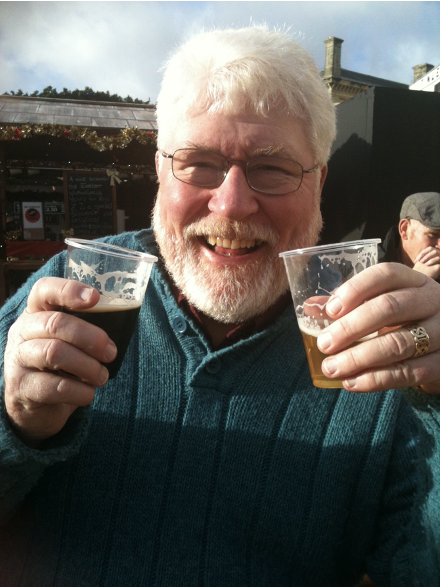 Rob Spowart, the event contributor for Newquay St Piran’s festival, exclusively told Truthfal how he tries to make sense of it.

“I am pretty convinced that Piran existed as a religious man who helped to establish the Christian Church in Cornwall and working with his mates, he built a shrine or base there in what are now the dunes behind Perranporth beach. There is some evidence to suggest that he was of Irish descent and 5th Century AD ‘fixes’ him in a time zone.”

“After that, things start to become a little hazy and probably more down to stories and fiction than the truth.  He would have had to make his way from Ireland to reach Cornwall in some sort of vessel, but a millstone, no way!”

“Personally, I like to believe that St Piran really was the merriest, hardest drinking, holy man, that Cornwall has ever known and gives me an excuse to raise a glass to Cornwall’s adopted National Saint!”

“He was purported to be the man that learned how to heat the rocks to produce tin, going on to be made to be the patron saint of miners, yet I believe that tin (and therefore extraction methods) was mined before the 5th Century.”

How to join in the celebrations?

If it’s your first time attending a St Piran’s day festival this year, choosing the right destination to spend it will undoubtedly be the hardest decision you have to make this weekend.

With the county spoiled for choice and enriched with black and white festivities, here are a few possible options to consider:

At 9:30 AM starting at Queen Mary Gardens (by Gylly beach) a parade will take place to commence the start of the day’s activities to follow which will include singing, dancing, and children’s entertainment.

In the capital, Truro, similarly, the annual St Piran’s day parade will start its march at Waterfall Gardens on St George’s Road at 1 pm before ending at High Cross for speeches and songs.

A festive market is also being hosted by the traders io Truro Farmers Market on Lemon Quay from 9am-4pm and will feature live music in addition to the regular stalls.

If the hustle and bustle of parading doesn’t sound like you, fear not as Livingstone St Ives gallery may offer a more peaceful solution to spend St Piran’s day.

The gallery is showcasing an art exhibition organised by Cornwall Wildlife Trust, capturing the legend of Saint Piran, painted by schoolchildren, community groups, and local residents.

With nearly 400 paintings produced by 100 attendees from Perranporth art group, Perranporth Community Primary school, Richard Lander school, and various members of the public, the gallery is certainly worth a visit!