Swifties flock to Lemon Twist for a themed evening of fun 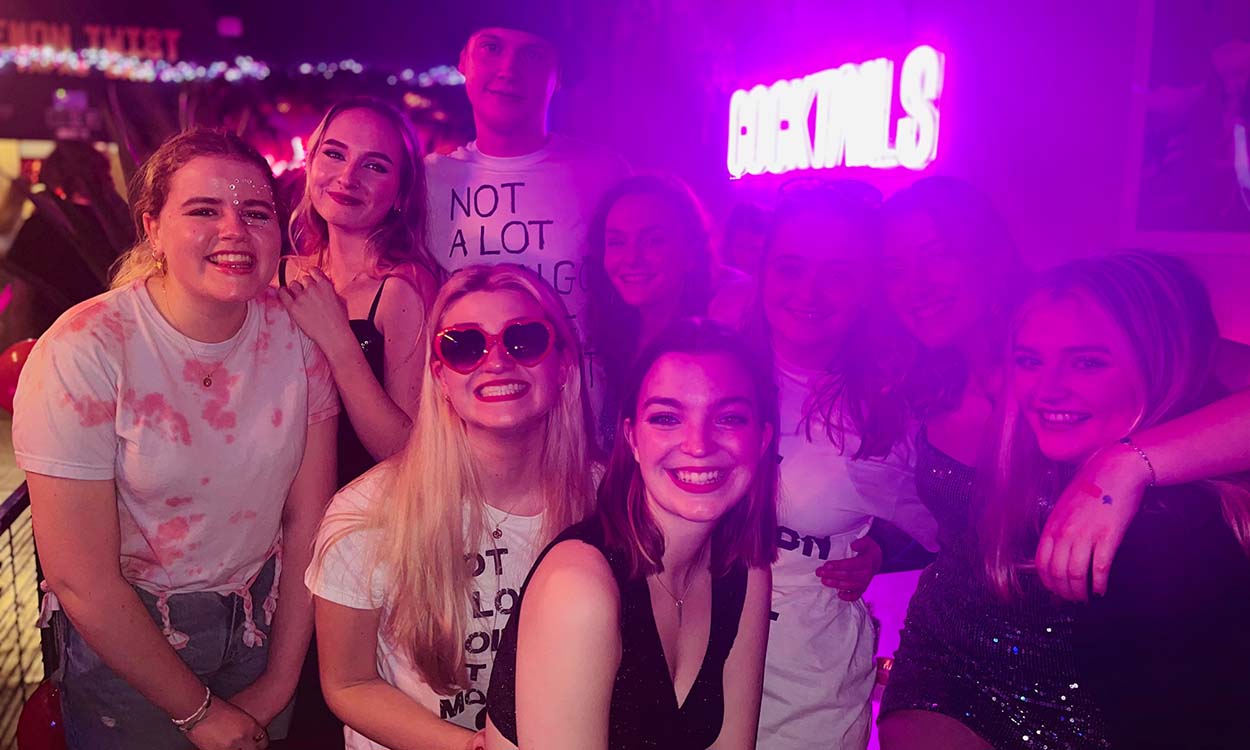 On Thursday the 16th of February 2022 local tapas and cocktail bar Lemon Twist hosted a night where the wildest dreams came true for all local pop music fans and cocktail lovers alike.

The bar, located on Discovery Quay in Falmouth, boasted an impressive agenda to host a not entirely *illicit affair* of dancing, drinking and dressing up, all themed around iconic pop star, Taylor Swift.

The Taylor Swift fans of Falmouth, more commonly known as Swifties, flocked to the event donned in costumes of their favourite Taylor Swift style era. Red scarves, Cardigans and little, black dresses alike, the fans competed for a prize and prestigious title of “Best Dressed”.

With cocktails themed to Swift’s albums such as the perfectly pink, vodka and gin “Lover” and tequila and orange “Fearless”, the event was sure to be a success from start to finish. So much so that tickets sold out quick enough that another release of a further 30 tickets was announced. Priced very reasonably at £3, the student population of Falmouth were keen to join in on the fun at the bar which so many already frequent for the well-priced food and delicious cocktails, especially when they’re in the two for one offer at happy hour!

Lemon Twist and MBT Events have also hosted other similar events such as an evening of ABBA hosted late last year and regular live music sessions every Thursday night at 8pm, complete with grand piano for extra special performances.

The success of the evening is not unlike the pop star’s booming career after recent esteem of her most recent album release in November 2021, ‘Red (Taylors Version)’. The album was called such after Swift vowed to rerecord and release all six of the albums that she originally released under the Big Machine Records label. Swift had *bad blood* with the label after they denied her possession of the master recordings following an intense legal battle.

However, *everything has changed* after having rerecorded the originally named album ‘Red’, she gained the title of second woman to get 10 or more No.1 albums in the Billboard charts 65-year history. To accompany the song ‘All Too Well (Taylor’s Version)’ on the album, Swift released a 15-minute music video featuring Sadie Sink as Taylor and Dylan O’Brien as an ex-lover, which has amassed over 60 million views in three months.

So, whether “All Too Well” is your heart break ballad or “Love Story” the belter for your bleeding heart, Swift has a discography to please all hopeless romantics alike. Sharing her music and your *champagne problems* over a Fearless cocktail sounds like the perfect way to raise a glass to pop icon Taylor Swift.