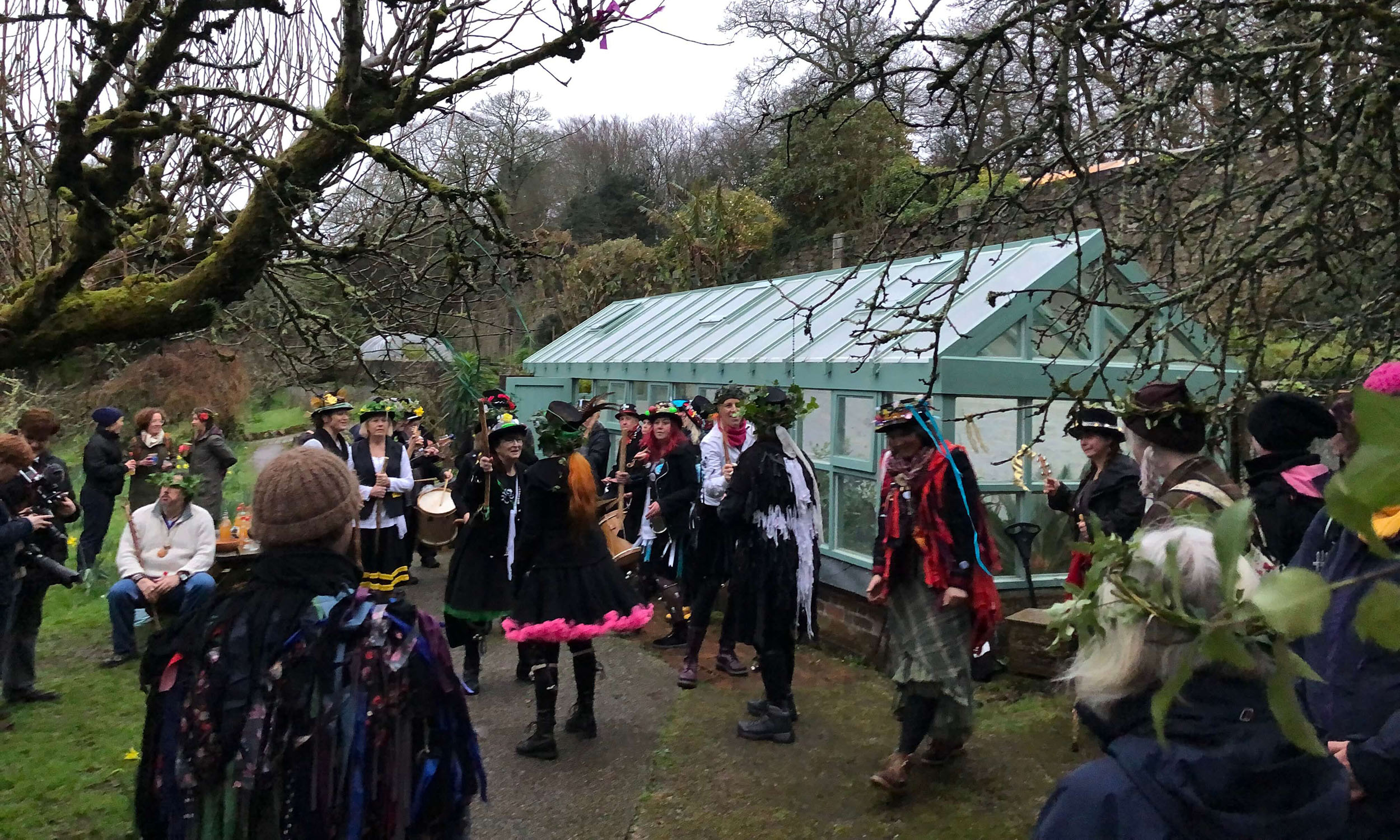 Wassailing is the pagan tradition of celebrating nature through song and dance, as well as strengthening humanity’s connection to it in hopes of ensuring a good harvest in the coming season.

This ancient tradition has been long-performed, with some of the earliest wassailing events in Cornwall dating back to the Bodmin wassail of 1640.

For those not too familiar with wassailing and paganism, this event is an extraordinary celebration.

Tony, an organiser of the event stated,

‘a wassail is about “dressing up, getting drunk and having a good time”.

In the 20th century, wassailing was not as prevalent as it is today, with each event held revitalising the celebration, as well as Simon Reed’s 2014 book ‘Wassailing: The British Midwinter Blessing Custom’ which helped shine light on the tradition and bring it back to its former glory.

The celebration begins before even entering the garden, with willow and apple branches placed on a table amongst honeysuckle and magnolia to make a headdress before going in. The headwear allows an instant connection to nature, and most certainly strengthens relations with it.

A recurring theme of wassails was next on the agenda, with performances of folk music and an accompanying dance. Professional Cornish entertainers, Pensans Morris, led the performances and enhanced the existing charm of the wassail.

An integral element to wake up the trees followed, with everyone walking and dancing around the walled garden making all the noise they could – be it with their voices or instruments – to shake along to the music with.

Toast and apple juice were then handed out, and were resources used for cooperation with nature. After touching and asking a tree ‘can I work with you?’ everyone placed their toast in the tree in hopes of attracting birds, poured their apple juice around the tree and wished for a good batch of apples this year.

The ancient Pagan tradition is a great eye-opener for just how connected man can be to nature. Now all that is left is to reap the rewards of their efforts this coming spring!