Activists of Falmouth, are you determined to save our world? 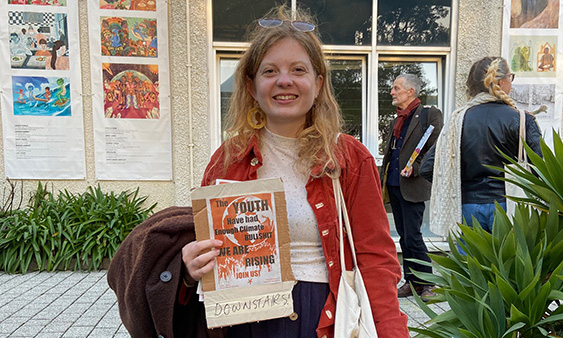 With a civil resistance on the horizon, can students come together to stop the climate crisis, or will we continue to live in fear of our futures?

On Thursday February 10th, despite apparent attempts from the University to stop the talk, Youth Climate Swarm held a meeting about the future of our planet at Falmouth University.

Jake Causley, the sustainability coordinator at the university took time informing us of the science behind the crisis, educating all the attendees about how the world will change in our lifetimes.

Jake stated: “I think with optimism and hope which is so important there is no question of if there are enough people. No one would be here if they didn’t think Falmouth had a chance of creating a powerful force.” The group had a refreshing feeling of hope, despite the reality of the issue.

The group aim to visit universities across the country, preparing for a Just Stop Oil Nationwide swarm. The group says: “We are mobilising hundreds of young people for civil resistance in March” to take on the oil industry.

The subject matter is a difficult one, it is not a feel-good conversation and often evokes feelings of despair and fear. Storm began the talk with praising us for attending and recognising our bravery. Although there were around 30 individuals in the lecture theatre, it felt there should have been so many more. The future of the planet is something that affects every single person on this Earth. 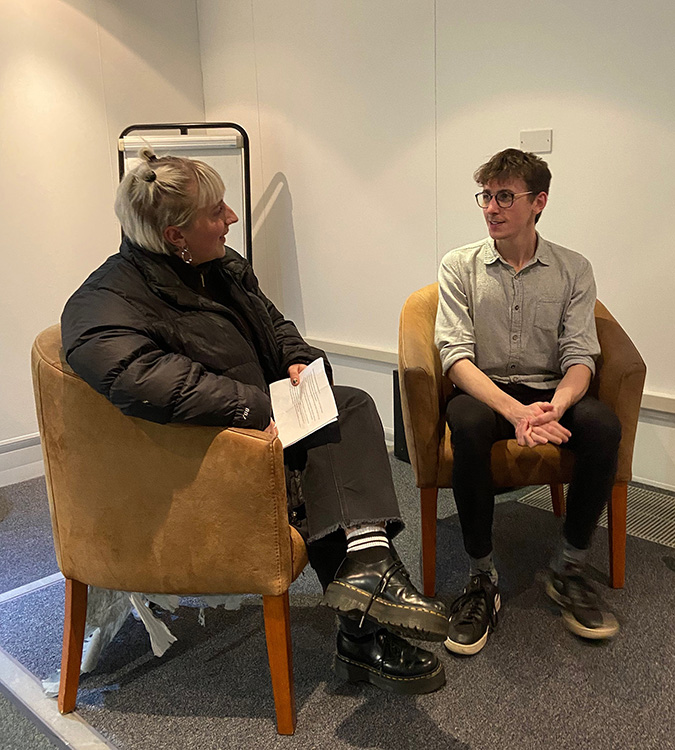 The just stop oil movement was initiated in December last year, however the campaign will be going live on Monday 14th of February, with a letter being sent to parliament which the group hopes will legitimise and drum up more interest for the group.

We spoke with 25-year-old Storm who has been actively participating in protests across the world demanding climate justice and puts a large portion of her time into this new movement.

Storm claimed that when she partook in an Insulate Britain protest that was nonviolent the police representation in the media changed her experience: “It was an interesting time with the media painting so many different stories, one thing I remember really distinctly that was a lot of papers started reporting on the soft policing and the day after I was on the M25 and we had our hands glued to the road and there was this one police officer, this man who was coming around and ripping our hands off the road, without solvent or anything and of course the skin gets ripped off and they were very heavily handed.” Despite this, she is even more determined to fight for all our futures.

Storm said: “Disruption is essential, if we want to really get the government to listen, we must disrupt every piece of normal life because there will be no memory of what normal is when the human race is extinct.” There are countless problems in the world, millions of them but groups like Youth Climate Swarm encourage some small beacon of hope that if we unify, we can make a change, save the planet, and secure our futures.