Covid passports: a good thing or restricting our rights to freedom?

As vaccines continue to be distributed across the UK, it begs the question: are we a step closer to returning to a normal society?

Emily Wheeler discusses why she believes the introduction of vaccine passports would be regressive. 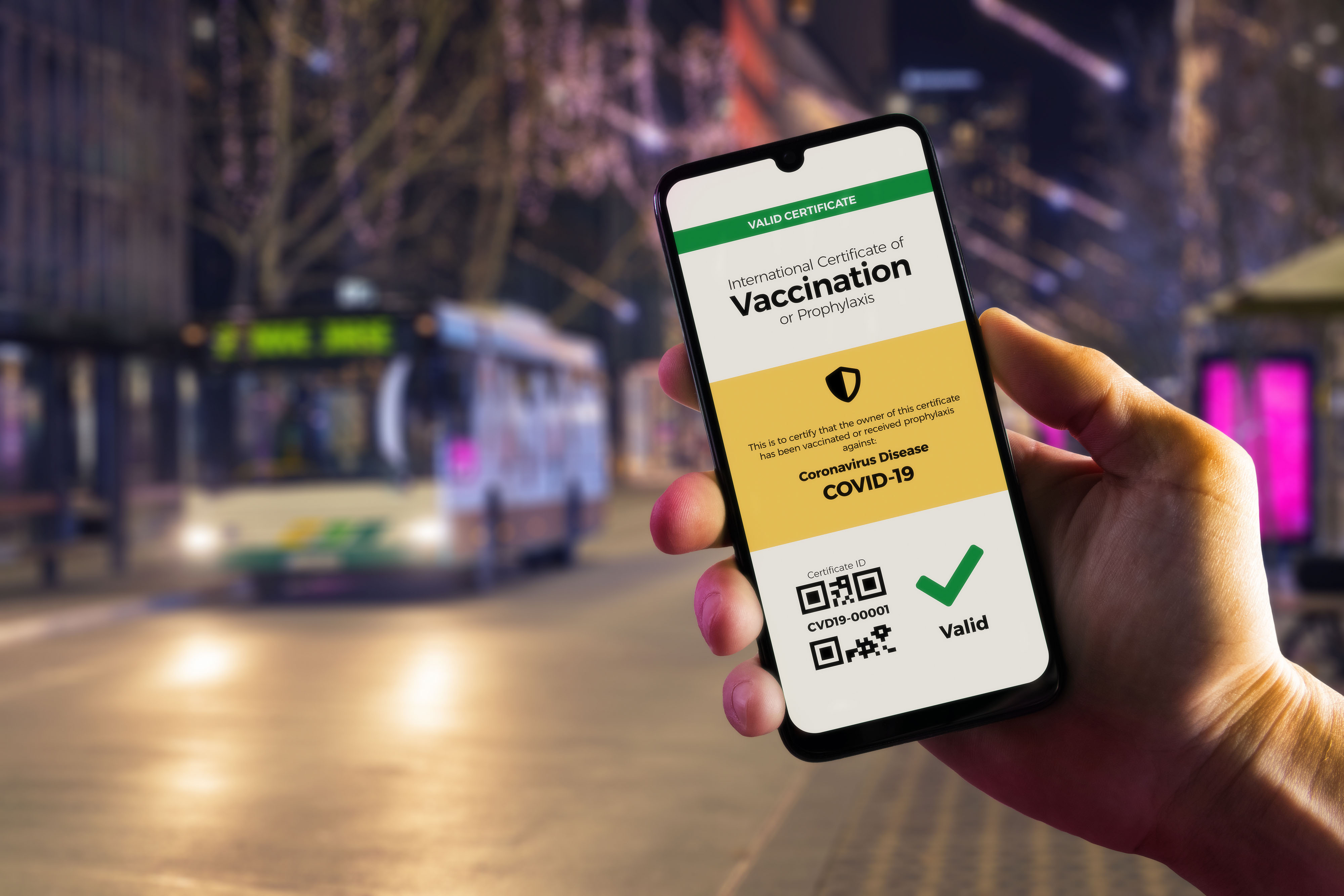 Recent debates on the vaccine passports have caused a divide in the country; some say it’s the safest way to return to normal, yet some would argue it restricts our right of freedom.

A vaccine passport is a card that shows your proof of vaccination. In other words, if you are trying to do things like you were before the pandemic – like going to see a movie or catching a flight abroad – you would be required to show your passport.

The government plans to test these passports here in the UK, which would enable people to return to large events such as:

Trials will also take place to see how ventilation, social distancing and testing will work after arrival.

Even though nothing has formally been put into place, the idea has caused a divide in society. Dozens of MPs have criticised the proposal for being “dangerous, discriminatory and counterproductive.”

Not only is the prospect of vaccine passports counterproductive, but they incite a two-tier society where those without a vaccine are not equal to those who have one. It discriminates against the groups of people who are unable to, or do not feel safe to have the vaccine.

Put it this way: marginalised groups where the vaccine uptake is a lot lower will not be given the same rights to do the exact same activities as others. The small number of people who cannot take the vaccine for medical reasons will also face the same issue.

Imagine this. Sally, your pregnant friend has remained in isolation for her and her baby’s safety. Her favourite show has recently returned to theatre, where she and her friends are due to attend. She has not been able to have the vaccine due to pregnancy. She is now excluded from many social activities and events – simply for being pregnant.

Forcing those to take a vaccine simply to be able to do normal day-to-day activities is unlawful and regressive.

This past year, each and every one of us has given so much up. Students have missed graduations, loved ones have missed funerals, weddings and other momentous occasions whilst others have seen a decline in mental health. Our hobbies and escapisms have been stripped from us, and for some, the passport will mean this will continue to happen. They will isolate and restrict people from their right of freedom. COVID has already taken so much away, and the implementation of vaccine passports will continue to do this.

These passports are not a small price to pay for freedom; they are a tool to create a further divide in society. We hear leading politicians and medical scientists say that we must grow accustomed to this new normality we face. But this is not normal, this is regressive.