Louis Sanderson, 20, is the Prospective Labour Party candidate for the 2021 Cornwall Council Elections in Torpoint, South East Cornwall. At the age of 20, he is a healthcare worker and the youngest candidate in Cornwall. 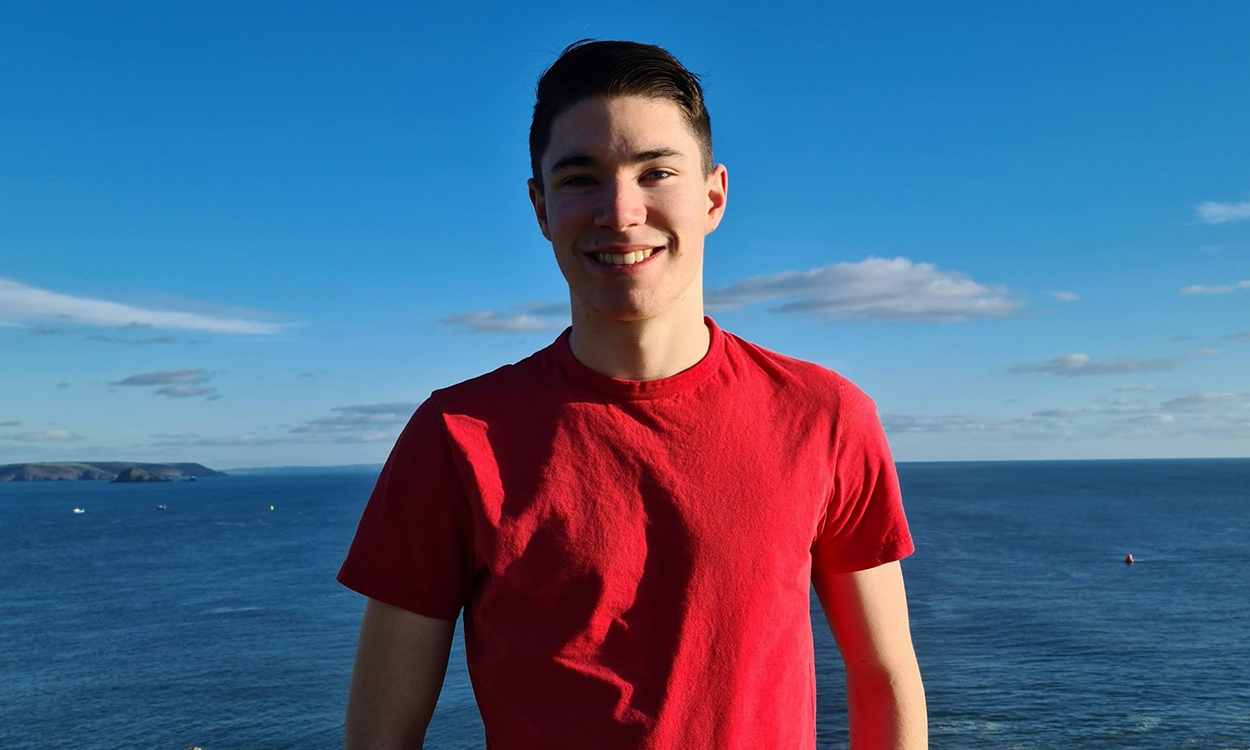 Louis first delved into the world of politics when he joined the Labour Party in 2016 at the age of 14. He said he has always had an avid interest in what was going on in the world, but certain events such as the bombing of countries are what made him take a second look at the changes that needed to happen on a more local scale.

“I’ve always had a bit of an interest in the background of it. I suppose I was probably a nerdy kid growing up, I would always pay attention to the news.

“The first time I got properly energised by it was when I joined the Labour Party, just over five years ago. If I’m quite honest, the thing that got me into it at the start was around the time we were talking about starting to go abroad and start bombing places like Syria and Iraq.

“On one side there was a party, a group of people, that were saying we probably shouldn’t go abroad and bomb places, and that we should maybe start thinking about putting money into our hospitals or making education a bit nicer instead. That’s when I started thinking we could do things differently.”

Despite seeing a strong presence of Labour support locally in Falmouth, Cornwall is still vastly dominated by the Conservatives. The six constituencies of Cornwall are Conservative owned, so Louis and I discussed whether this made it harder for him to gain support.

“It can be tricky. Torpoint is a very solidly Tory town – we think the Tories have got around 65% of the vote around here.

“It’s quite Navy as well. There’s a stereotype within the Navy that they will never vote Labour. We also have a Tory club downtown, which is seen as a big community institution.

“Where I’m originally from, like Millbrook and Cawsand, there are a lot of people who, I think the way to put it, is down to earth. They’re quite left-leaning and interested in local community-based change. There’s a lot of fertile ground for Labour support there.

“It is tricky, but people are always happy to have a chat on the doorstep. I still get plenty of positive reception.”

However, it may not be the right-wing domination in Cornwall Louis may struggle with, but perhaps ambiguity due to his age. At 20 years old and delving into the world of politics, some may say he does simply not have enough life experience to fill this position. In terms of overcoming this issue, Louis said:

“It was always going to be a thing when I went into it. It’s understandable – I’ve heard mates’ parents say, “You’ve got no experience, why on earth are you going for it?”. But then I go to plenty of other peoples’ houses and they will ask, “What are you about” or “What are you thinking?” and I’ll talk about the changes I want to make. I want to get buses to connect to local towns or make them more affordable or cut down the cost 16–19-year-olds have to pay whilst getting to sixth form, for example.

“When I start talking about those sorts of policies or who I would be working with, people start to think that maybe I’ve got the right idea or that I can actually make a change.

“Once you start having those conversations, you knock down those barriers of age.”

Overcoming the barrier of getting older generations to trust you is one thing, but also engaging other younger people in politics is another issue.

Amanda Chetwynd-Cowieson, chair of the British Youth Council said now is the time to listen our younger generation, especially at a time where drastic decisions are being made for their future.

“Young people are still definitely disconnected with politics. You get your burst of energy when it comes around to the General Elections, but when it’s the local elections, it’s a lot harder.

“To get more young people involved, we’ve got to start with schools – I’ve only had a couple of bits of political education in my school history. There just isn’t that engagement to get people thinking about all sorts of political ideas. Once you get to University it seems a lot different.

“Moving up to out of education and to the parties themselves, we need to get policies focused on young people. We need to get them interested and to start spreading the word. Things such as apprenticeships and tuition fees are what young people are concerned about, or how stable jobs are going to be after the pandemic.

“They need to start talking to young people on their level.”

Speaking to Louis was incredibly heart-warming. It was inspiring to see someone so young wanting and making active change locally, with young people at the core of his values. Being a young person in politics can be incredibly daunting as it is dominated by older generations. By having more younger people like Louis in local councils, we have more chance of seeing effective change that will not only benefit the older generation, but the younger one too.