“Liberating” and “relieving”: Two men are trying to get more men into the sea 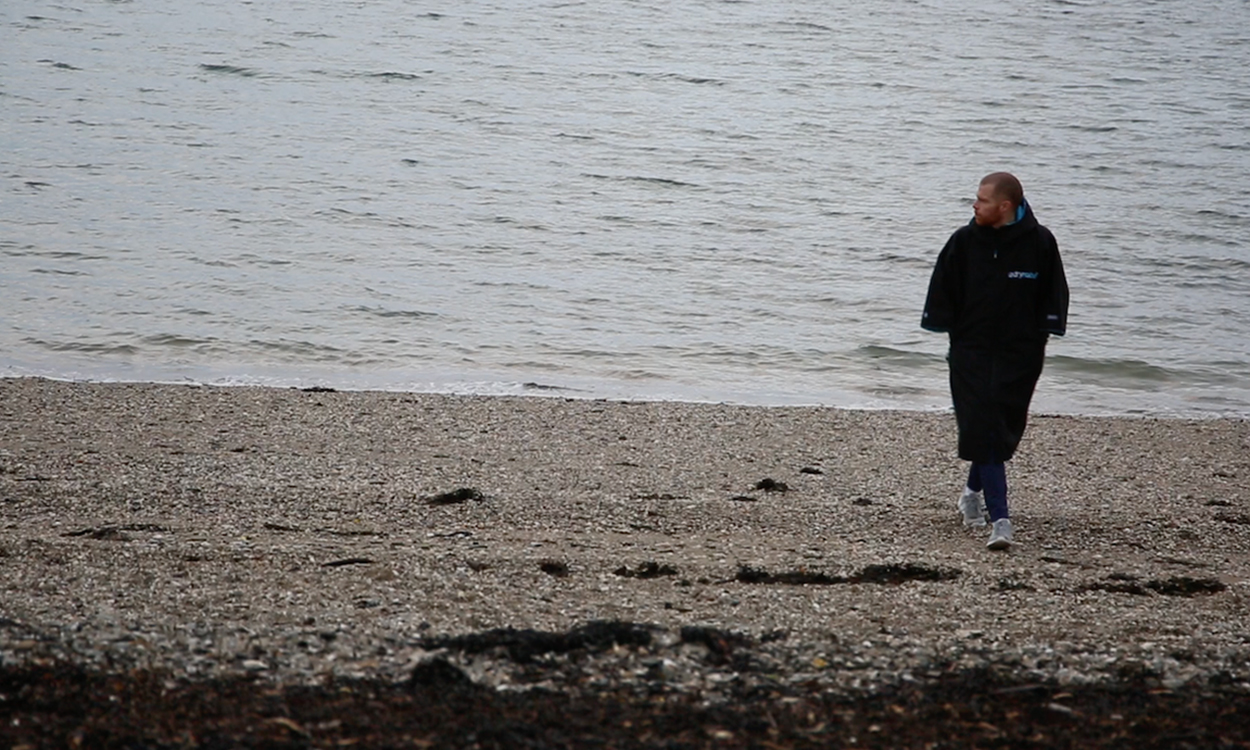 ‘Buzzing’ ‘Alive’ and ‘Ready for the day’ were just some of the boys’ reactions after their cold morning dip. Sea swimmer Tom Mason pictured. Picture: Nathaniel Louis.

Men make up roughly 75% of suicides, and this fact drove two men to build a support group called Blue Balls to build proactivity in men towards looking after their mental health. They are doing this by promoting cold water swimming.

At six o’clock in the morning the alarm rang. The air was nine degrees and the sea was colder. The last thing anyone wants to do is go swimming.

Blue Balls is a support group set up to encourage men in Cornwall to do exactly that, the concept of cold water swimming suggests it can help to boost mood, productivity and reduce feelings of anxiety and depression.

The support group was founded exactly 1 month ago (25th February 2021) when co-founders Ross Hicks and Tom Mason first encouraged other men to join them on regular swims.

The hope is that using swimming as an activity Blue Balls can encourage men to be proactive in looking after their mental health after the shocking statistic that roughly 75% of suicides are male.

Tom Mason spoke about the benefits he has personally found of cold water swimming ‘I find it quite liberating being in the water and it’s just a great start to the day.’ Before going ‘I have lived in Cornwall the majority of my life and it is only this year setting up Blue Balls to begin to appreciate the sea and how lucky we are to be by the sea.’

‘It’s predominantly women based and we are just trying to get as many men as we can into the water and some blue balls.’ Said Ross Hicks in an interview before giving his personal accounts of cold water swimming ‘For me it relieves my anxiety and gives me a sense of achievement first thing in the morning and it just helps me focus through the day.’

The group is open for new members to join with swims taking place across Cornwall at various points in the week, for men who need a safe place to share their anxieties, for men who need to get out the house or even just someone who loves the cold.

Contact @blueballscornwall to learn more and get some blue balls!