For the past 4 months since the vaccine rollout began in December of last year, the UK has been leading the numbers of people vaccinated out of the EU countries. Data from 23rd March shows that the UK is number 4 in the world for the most first doses of vaccine, behind Israel, UAE and Chile. 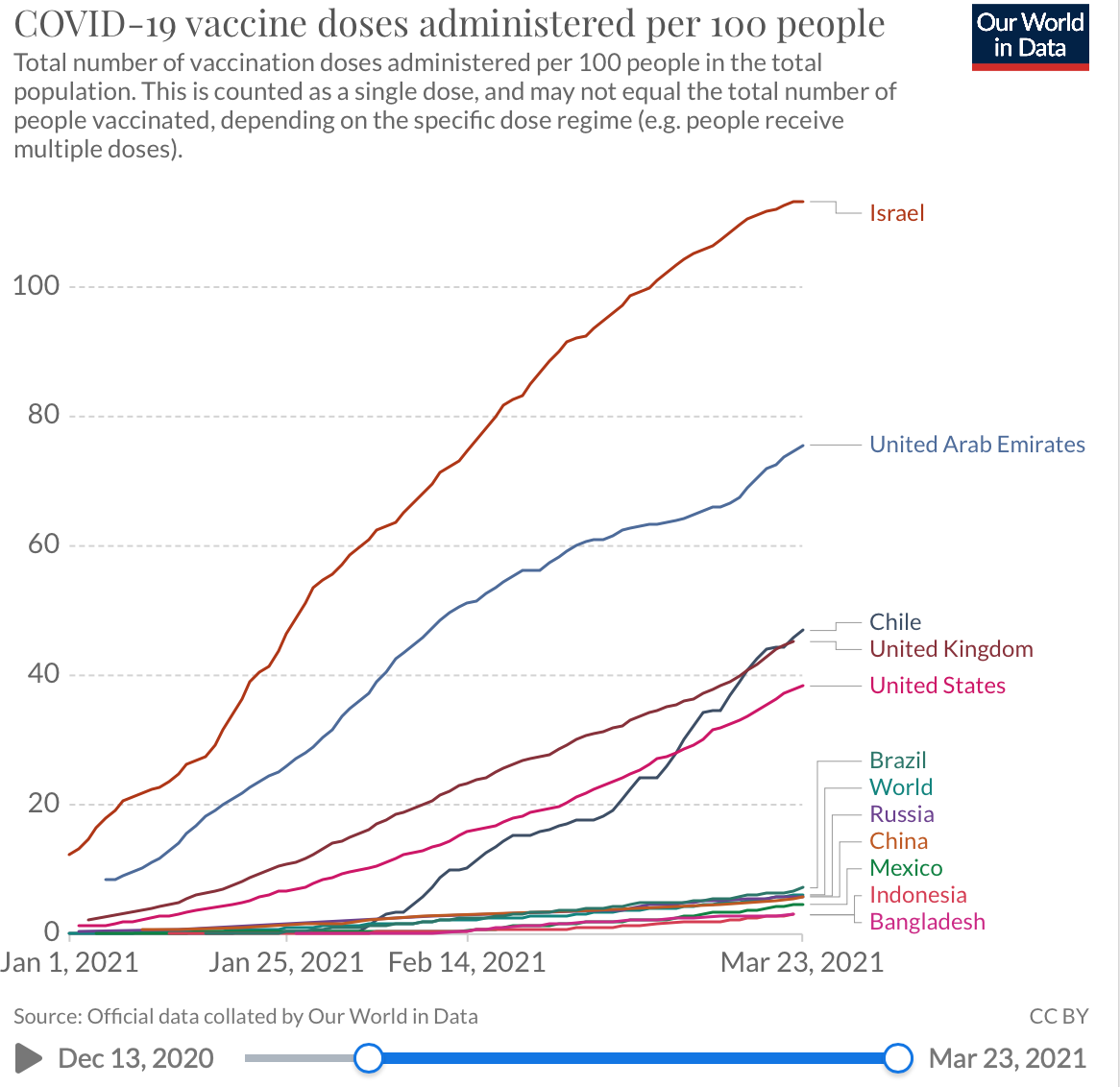 Graph from Our World in Data

The total amount of vaccines administered in the UK up to the 23rd March is well over 28 million. However France’s total is only 2.7 million. There has been a lot of speculation in EU countries that the vaccine isn’t safe. With the AstraZeneca blood clot fears not helping. 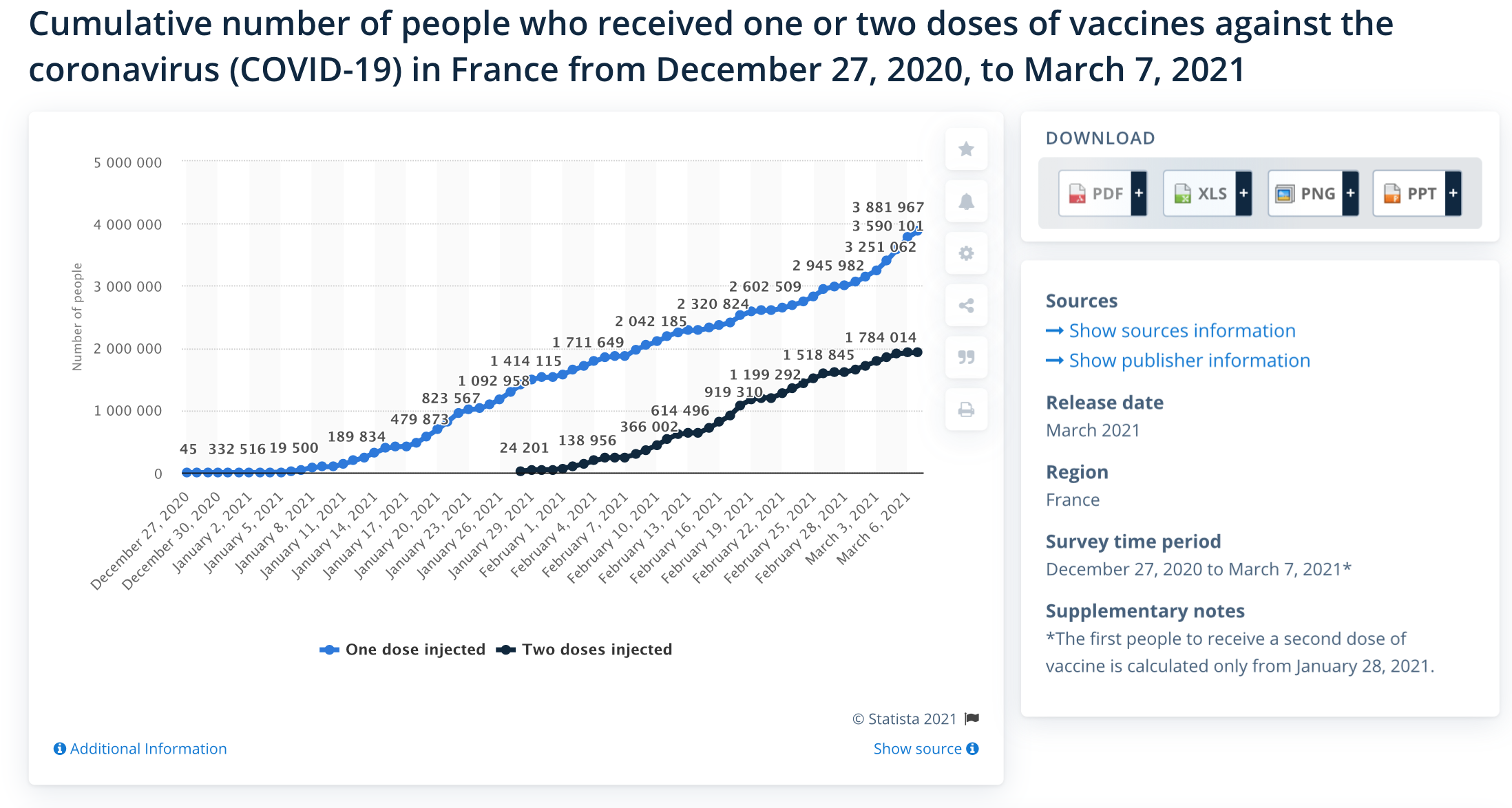 The World Health Organization has assured the EU that the vaccine is safe, however some European countries have still put limitations on the jabs distribution. There has been a lot of false news going around on the vaccine which could be the reason for Europe’s low take up.  German newspapers had claimed on 25 January that the EMA would exclude over-65s from the vaccine’s recommended authorisation because efficacy was just eight per cent in that age cohort, which was a false claim. The AstraZeneca vaccine has actually been proven to show a sixty percent reduction in symptomatic COVID-19 cases by the EU medicine regulators. But German officials later U-turned on this, but it seems the information already filtered through causing low take up and safety concerns among the general public there. Just over 6 million Germans have had their first dose of the vaccine, way behind the UK.