On Wednesday 24th March, 11 volunteers gathered at a small holding in Mabe to plant 100 three-year-old Pedunculate oak saplings that would’ve otherwise ended up being mulched.

Sarah Redman set up the initiative, ‘Trees4Penryn’ in November after attending a climate emergency meeting at Penryn Council, realising that more could be done locally to help the environment. She said of the council meeting, “there were other actions on the agenda that would go unseen, like changing to a greener electricity supplier, but I wanted to do something that was visible, physical and real.” 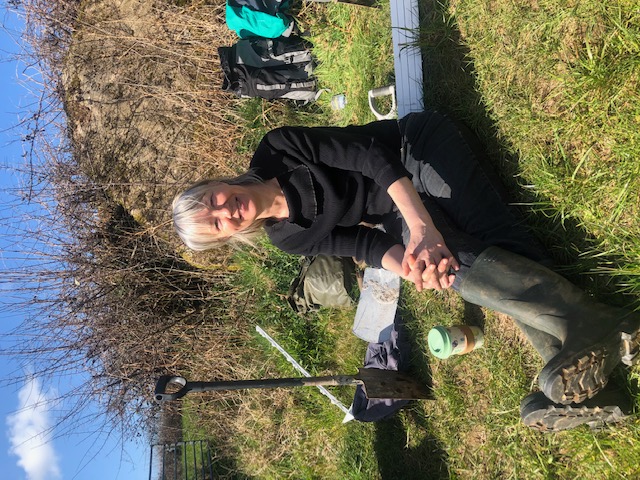 The saplings planted by Sarah and a team of local volunteers were rescued by Extinction Rebellion from a nursery in Shropshire where they were grown from acorns three years ago. The oaks were originally grown in response to the government launching a £50 million scheme to help boost tree-planting rates, in the fight against climate change. The ‘Woodland Carbon Guarantee’ was introduced to encourage farmers and landowners to plant more trees, and create new woodland in return for payment as those trees grow. 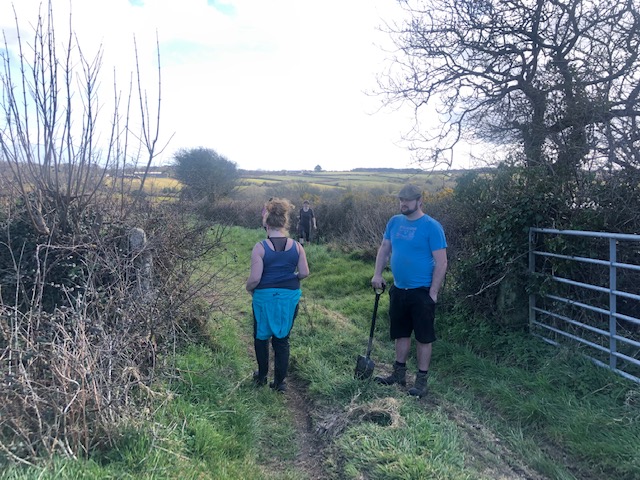 Increasing the amount of woodlands and forests across the UK is set to play an important role in efforts to hit net zero carbon emissions by 2050, which is why the government is committed to planting 11 million trees by 2022.

Due to factors such as national lockdowns, the saplings went unplanted in Shropshire and the nursery was set to mulch them if they went un-rescued. In response to this, Extinction Rebellion raised the funds to secure 3000 oaks to be planted in various locations in South Cornwall.

Sarah hopes her project will ultimately result in planting “a tree for every child in Penryn”. In terms of the group’s work so far, she revealed, “I’m happy to announce that my group planted 300 oaks on Trefusis Estate two weeks ago, a further 30 at Enys Estate, and will be planting more there in the woodland after easter. We’re planting 100 today near Mabe church and another 50 plus in College Woods this weekend.  So altogether, Trees4Penryn is planting approximately 1000 trees this March across the locality of the area.”

Volunteers for the project are recruited predominantly online via local community Facebook pages, as well as the Falmouth and Penryn Extinction Rebellion Facebook page. Local members of the community have been quick to sign up to help and the initiative has quickly become popular.

“I’ve tried to take different volunteers each time because there seem to be so many people that are excited about doing this.  I’m looking for people to help plant 500 more trees quite soon” said Sarah. 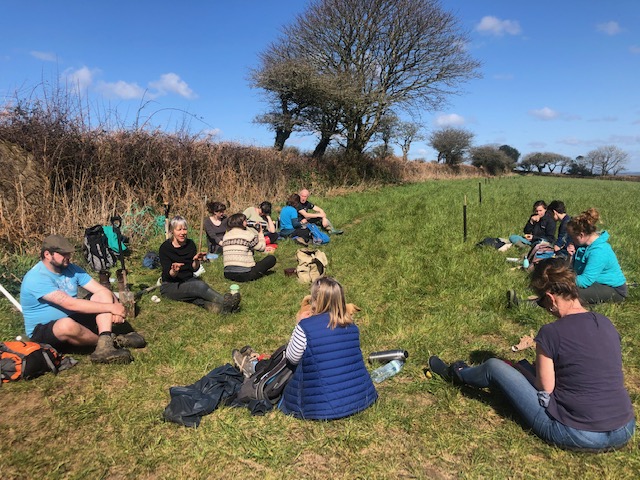 The group of volunteers taking a well deserved lunch break

The latest group of volunteers who gathered in Mabe did so in order to improve the hedgerows and public footpath within the 6.5 acres owned by Tessa Farthing, who was also present on Wednesday. Tessa said of getting involved in the project, “I’m really keen on conservation and I grow trees myself and give them to the council. I wanted to improve the hedgerows and make the footpath more of an amenity by creating an avenue of trees, so I got in touch with Sarah.”

Jake Causley, Sustainability Coordinator at Falmouth University, was also in attendance to plant some samplings and contribute towards the 100 tree target. He said of the experience, “its been amazing today, it’s the first time I’ve planted a tree. They’re three-year-old saplings so they’re shallow roots, which means it’s pretty easy to get them in the ground. You basically put the spade in the ground, tease it backwards and forwards to make a decent sized wedge then put the tree in.” 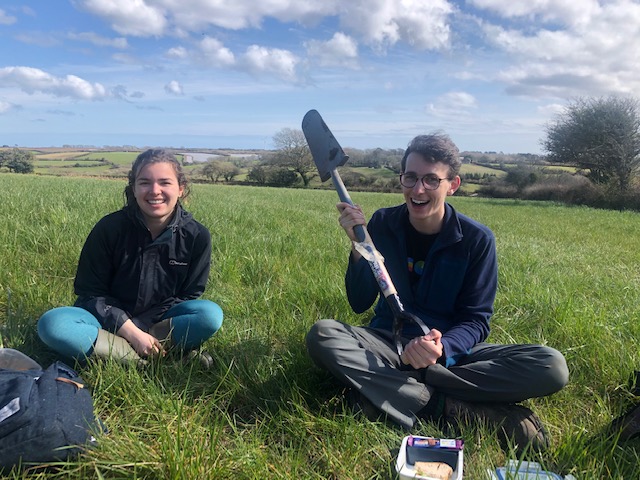 Trees4Penryn aspire to continue planting a varied range of tree species every spring. The project is not only enhancing the local area, but will also contribute greatly to the government’s 25 Year Environment Plan, which aims to tackle climate change through nature-based solutions in the hope of leaving the environment in a better state than we found it.