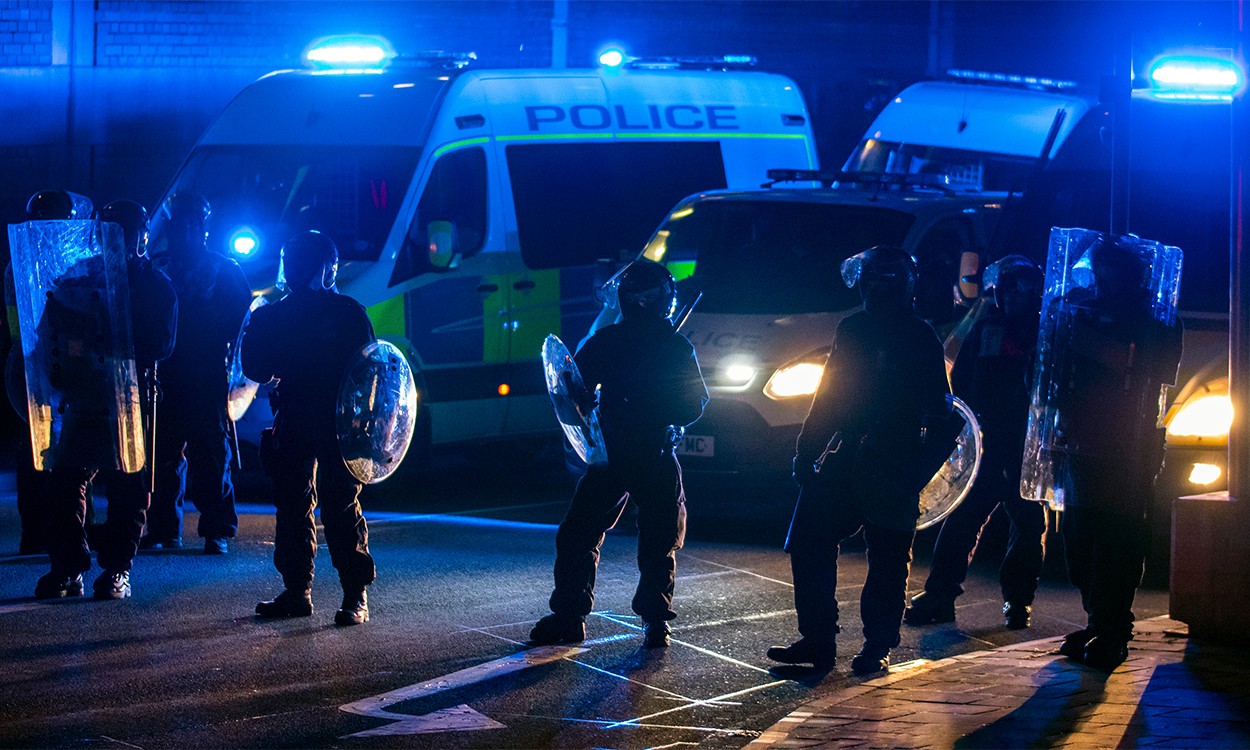 The “Kill the bill” protesters are on a mission to have the new Police, Crime, Sentencing and Courts Bill thwarted as they say it threatens freedom of speech and the public’s right to protest.

As marches were organised nationwide, Truro saw its own gathering take place. A coalition of international, national and local groups, going by the name of Resist G7, helped put together the gathering.

The march remained peaceful, and a strong message was conveyed. It was described by a Falmouth resident who asked to remain anonymous as having “good energy and a friendly atmosphere”.

The source also added the march was socially distanced and took place in the Lemon Quay with a police presence. The police filmed much of the march but didn’t have to intervene at any given point.

Speeches were given by certain figures as they stressed the importance to protest given their opinion that this bill could crush their freedoms.

Just 24 hours later however, a peaceful protest in Bristol was hijacked by what appears to be swaths of people wanting to cause trouble.

After gathering on the City’s College Green during the afternoon, hundreds of people marched together in calm voicing their beliefs. It was late in the evening however trouble started to take over.

Seemingly unrelated to earlier protests, people whom many of which were dressed in balaclavas and hooded jumpers took over Nelson Street and surrounding areas.

They burnt police vehicles down, set off fireworks and attempted to breach Bridewell’s Police Station.

Scott Ford, a Clevedon resident spoke of his concern at his sister getting caught up in the violence whilst at her dance studio off Nelson Street.

Ford told me “As my sister was alone at her workplace in that area at the time I went to make sure she got home safely. After a chat with the police staff I walked through the cordon of which was approximately 200 young adults all singing “fuck the police”.

At this point the violence was well underway as it had been reported that the Police station on Nelson Street was under siege.

“Further to that I turned onto Nelson St to see so many people congregated against officers. A minority were throwing objects such as rock or glass at members of the police force which were accompanied by the occasional loud bang or smash from projectiles” is what he added. After leaving the vicinity he said “it was like any other night in Bristol”.

Avon and Somerset Police released a statement saying that 21 officers had been injured and 8 arrests had been made. 6 of which were for violent disorder and 2 for possession of an offensive weapon.

It remains to be seen what impact this could have on the voting of the bill which is due to take place after Easter but Home secretary Priti Patel described the scenes as “shameful” and as an act of “criminal thuggery”.

Unlike the scenes in Truro and many other protests around the country, those in Bristol will not help the image of these fighting against the new bill, even if those behind the violence had different intentions.