Kill the bill: A story of the Truro protests in pictures 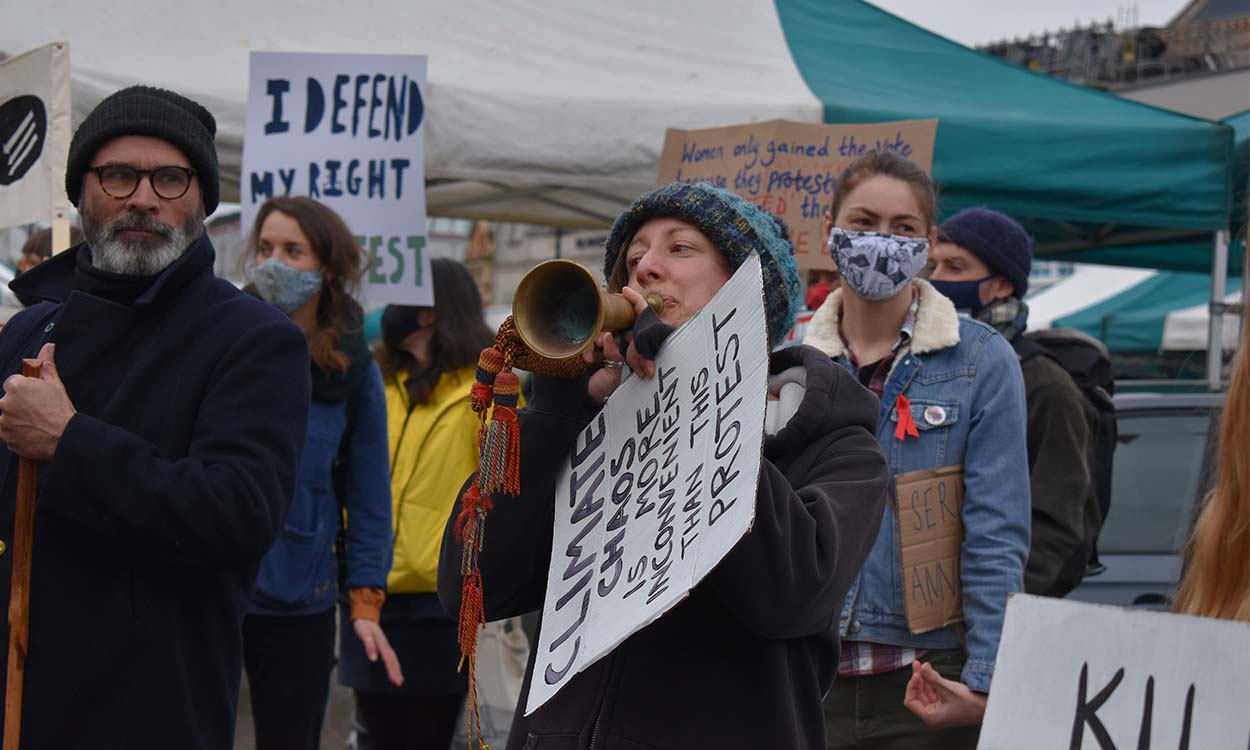 National protests came to Cornwall on Saturday, as members of several pressure groups took to the streets of Truro. The protests, which were illegal under lockdown rules, came in response to the proposed Police, Crime, Sentencing and Courts bill, which critics have argued will infringe on the right to protest in the UK. Despite breaking lockdown rules, the majority of protestors wore masks and organisers attempted to encourage social distancing, with limited success. The event began at 2pm at Lemon Quay with chanting and music, followed by several speeches and a march through the city centre and ending back at the Quay. After being dispersed by organisers, some factions remained chanting and playing music for an hour or so. Police did not leave until all demonstrators dispersed. See the day as it unfolded below: 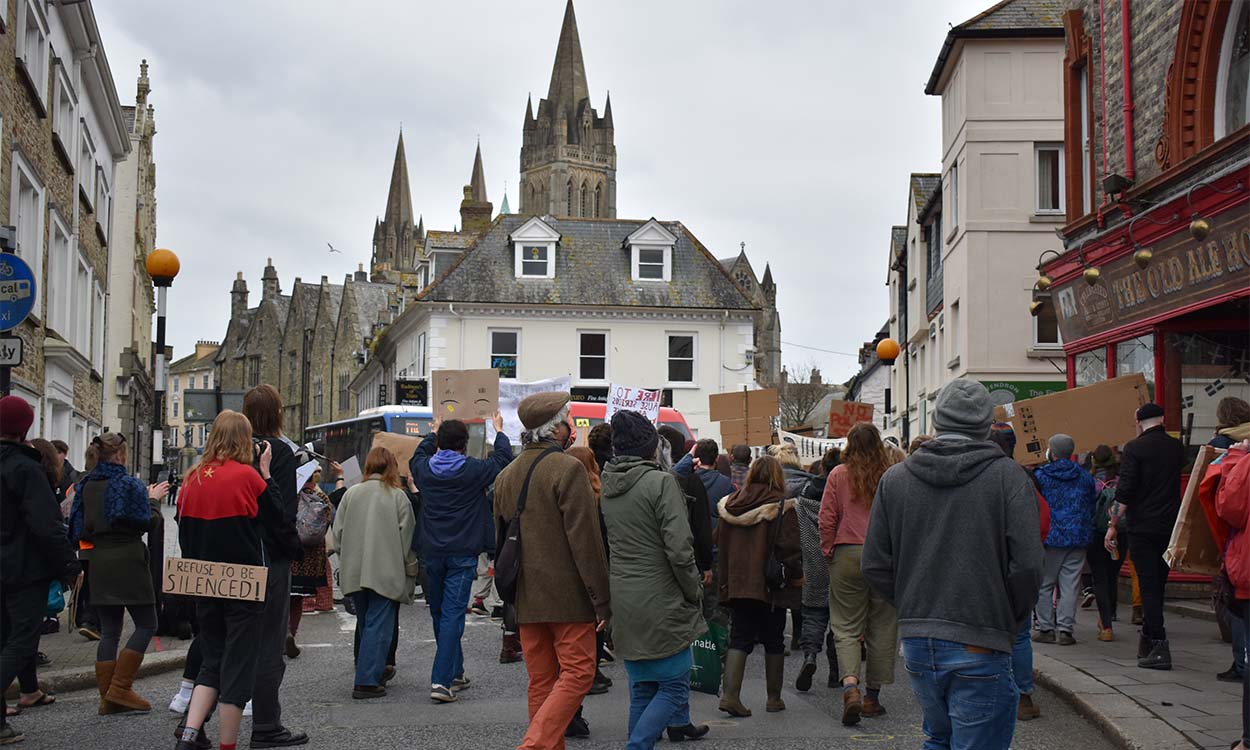 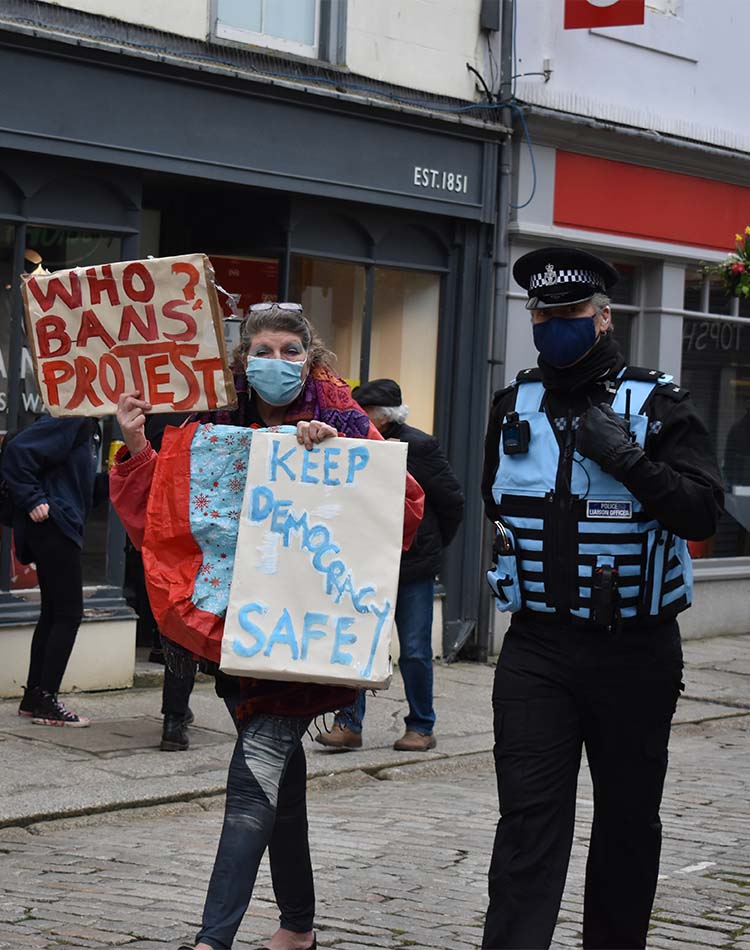 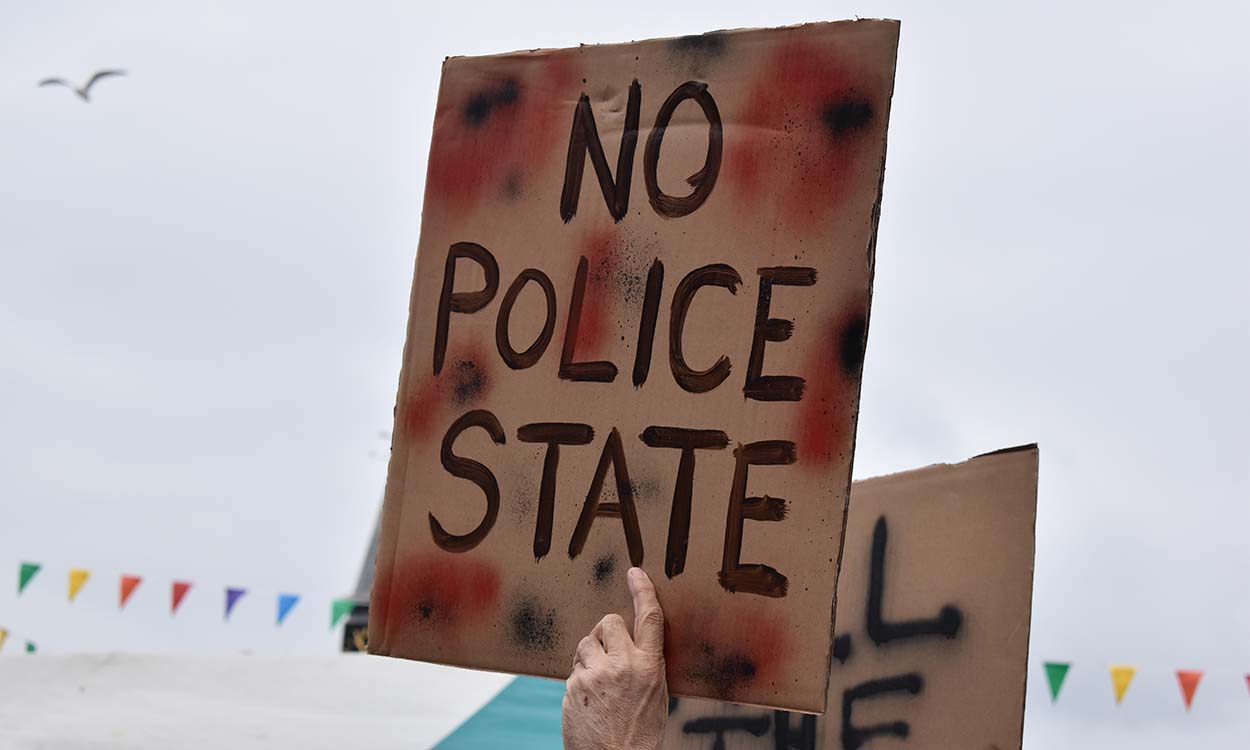 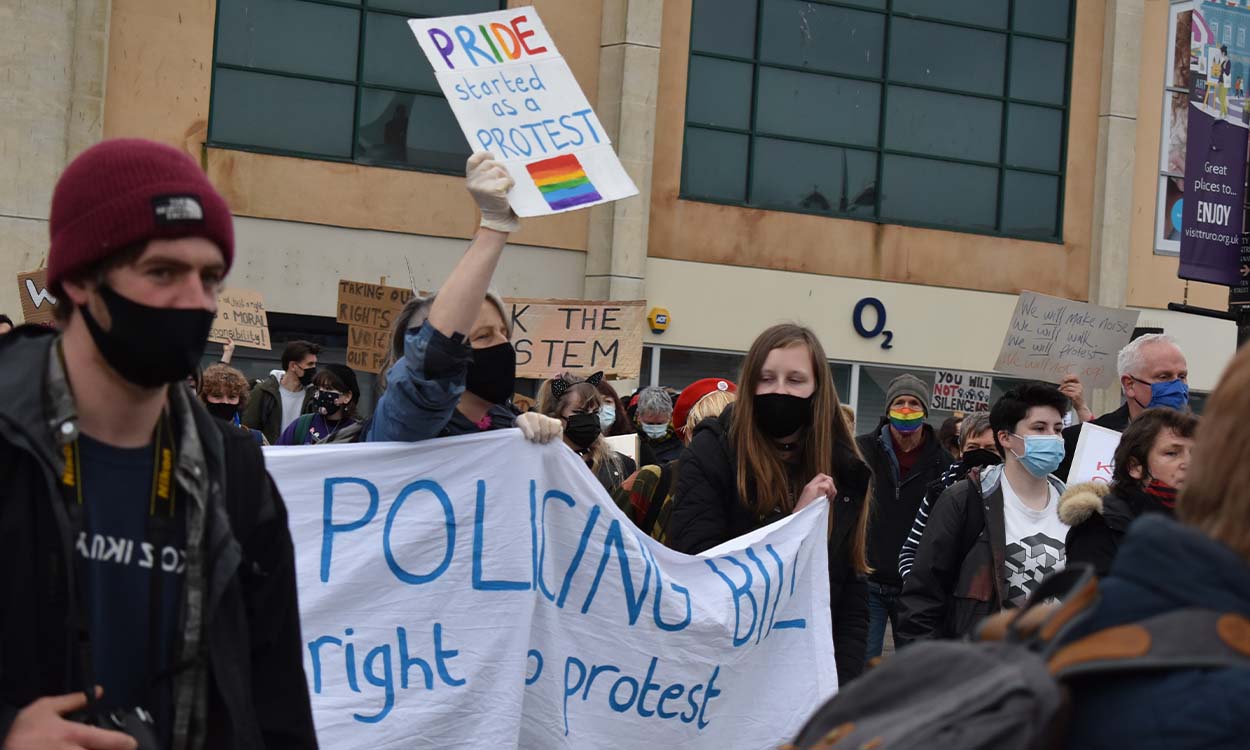 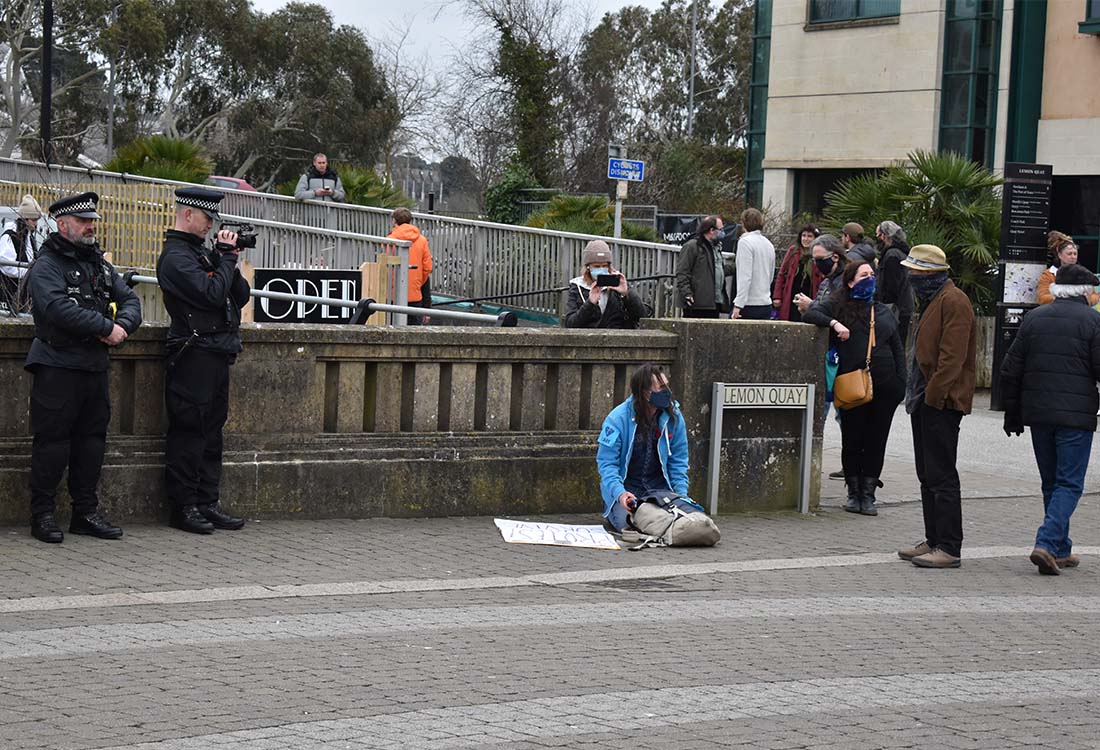 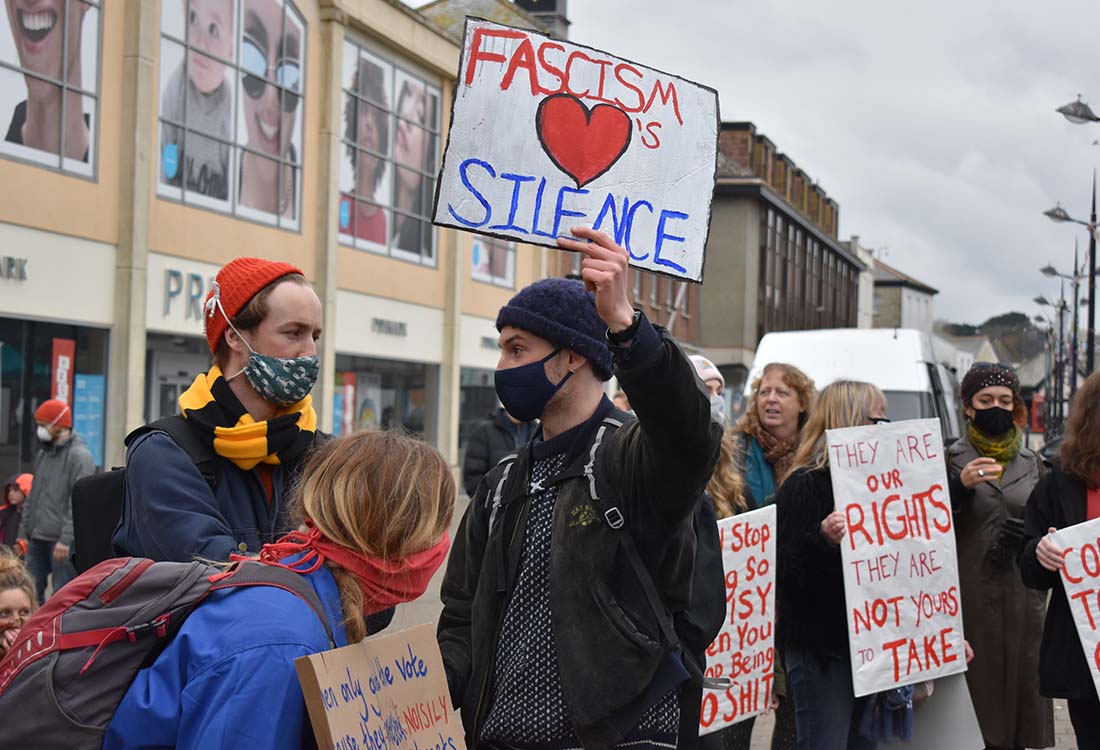 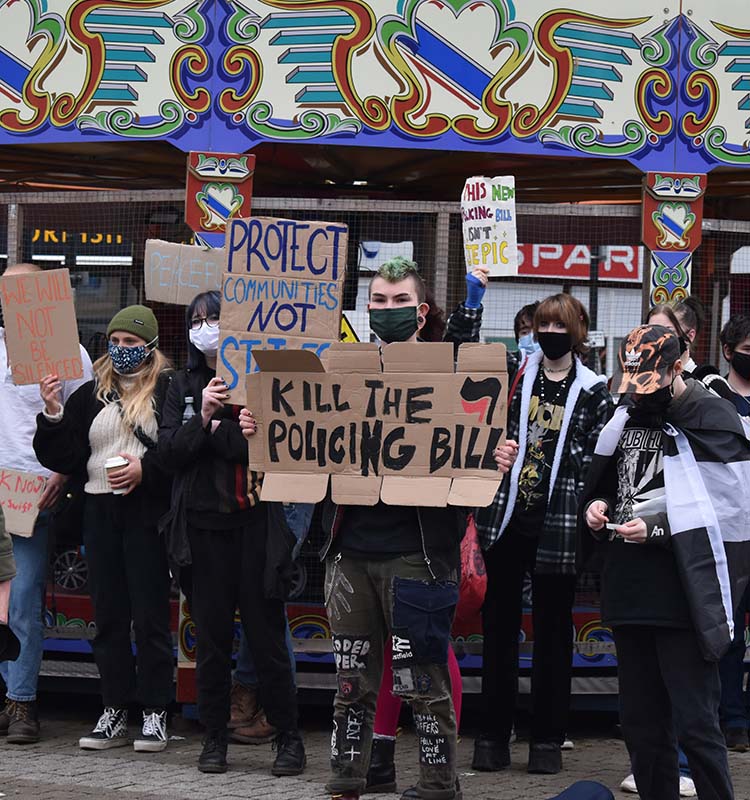 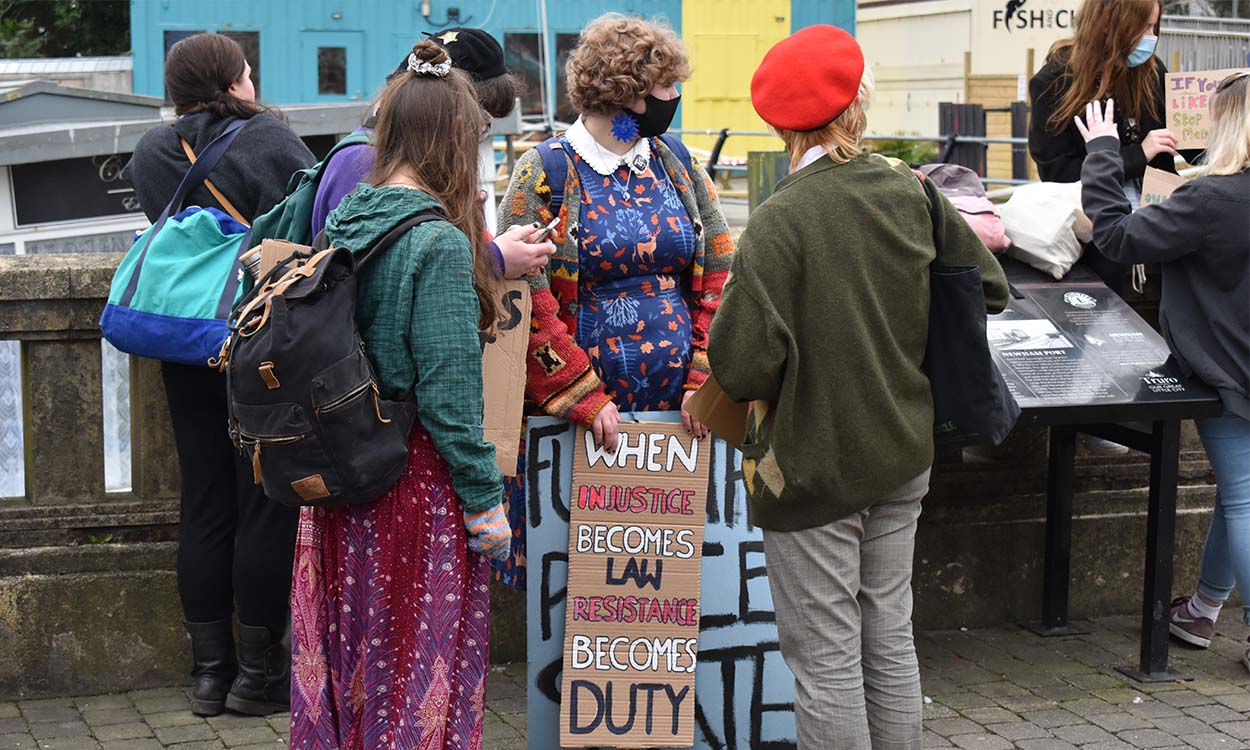 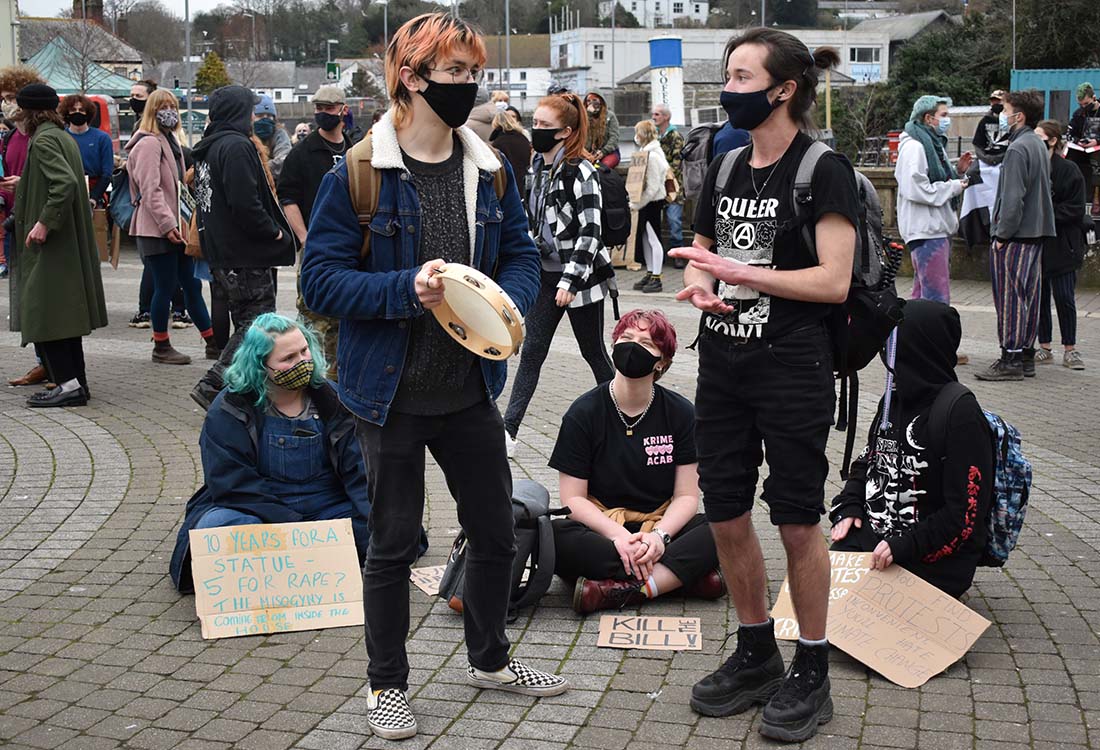 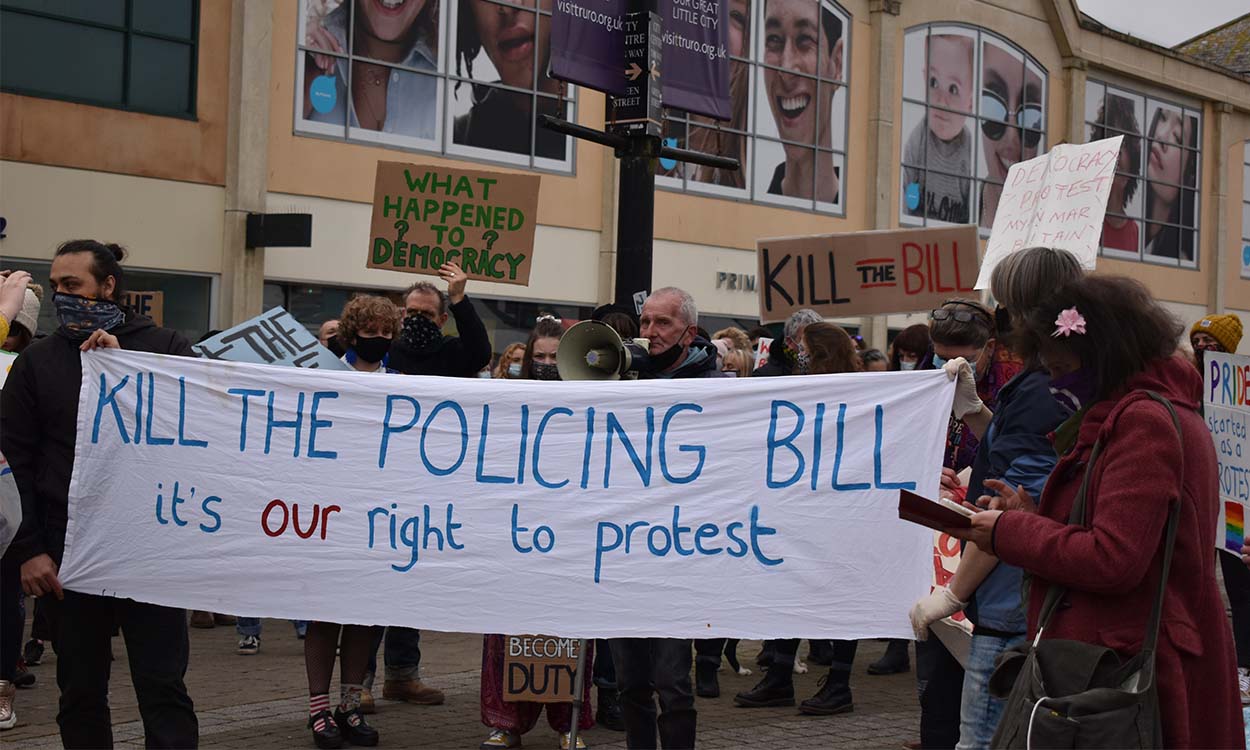 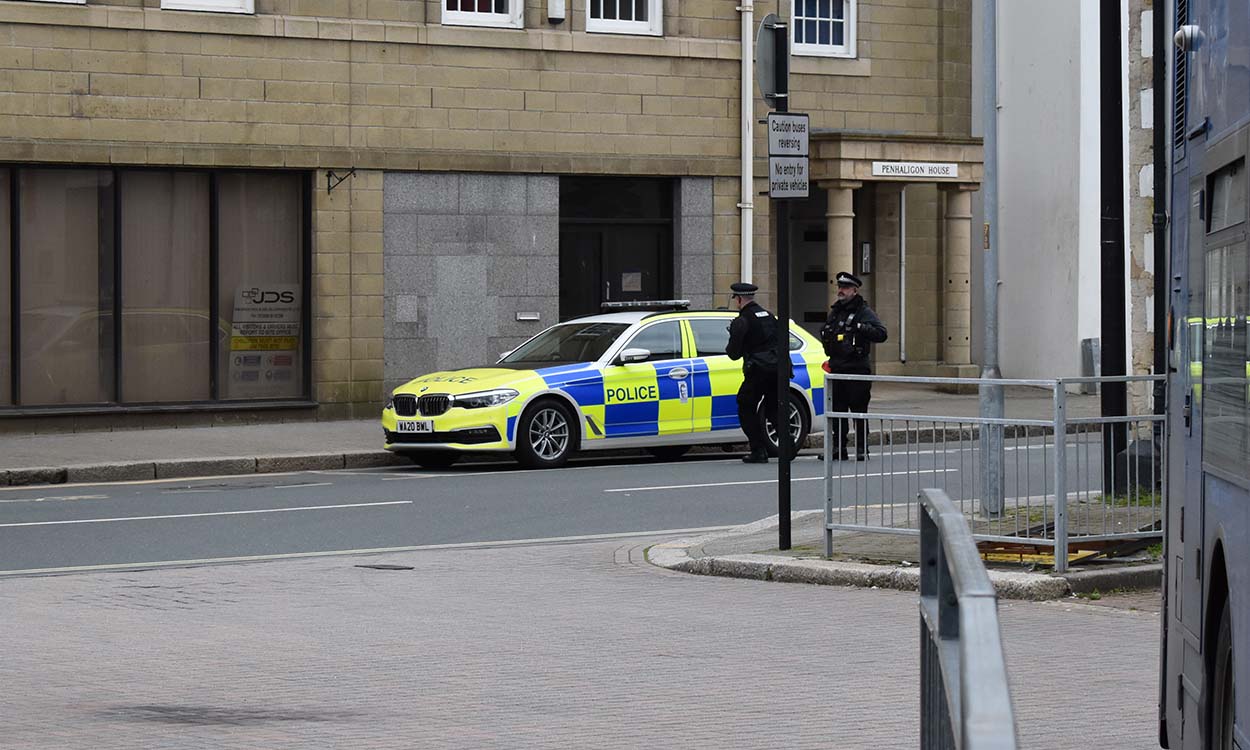 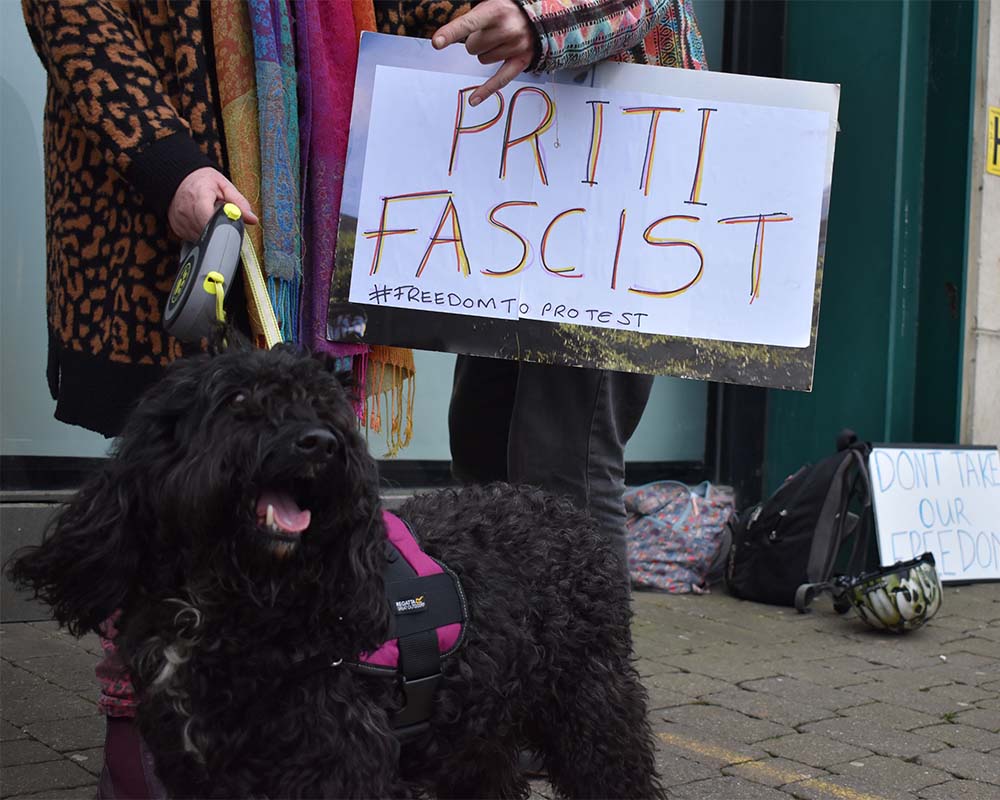 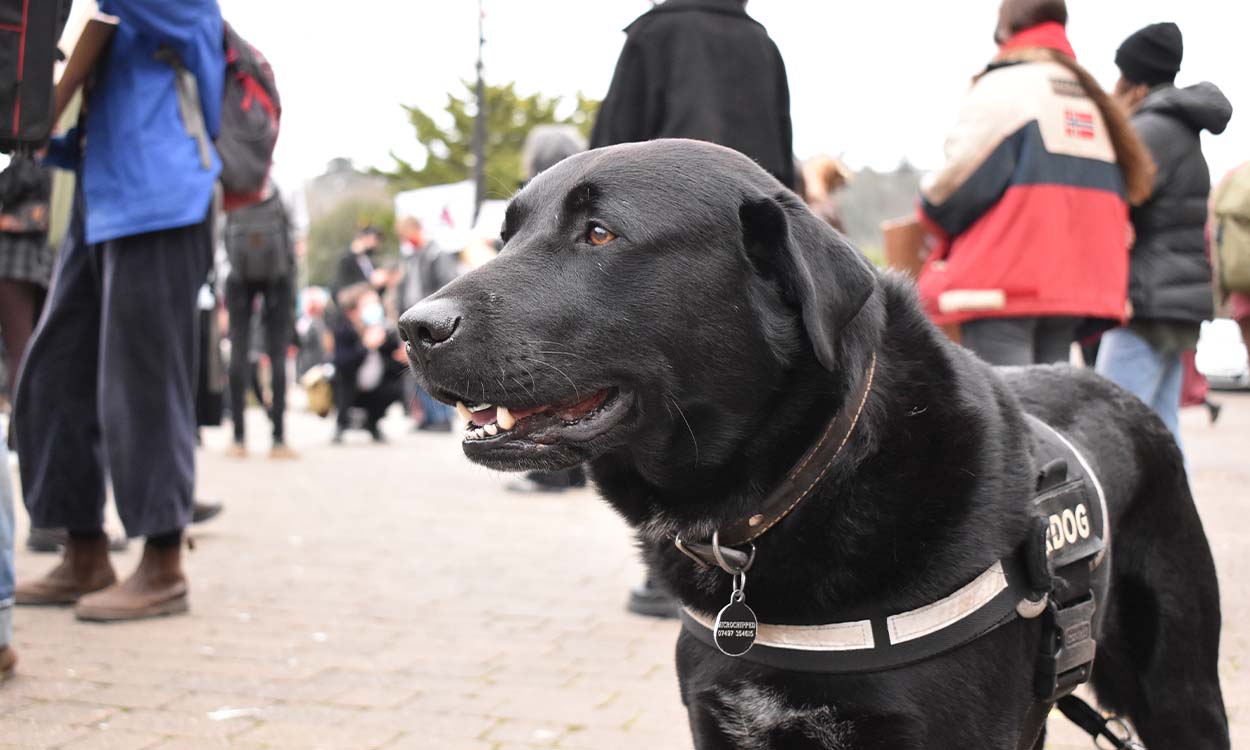 <
►
>
The demonstration was largely peaceful, though the small police presence did receive some verbal abuse from elements of the crowd. Chants of "All police are b*stards" were audible early on in the protest. This photo, however, features a protestor apologising on others behalf's as an officer escorts them back to the group.