On the 9th of March the Home Secretary, Priti Patel, introduced The Police, Crime, Courts and Sentencing Bill to be debated in Parliament. In the wake of perceived police brutality against women at the vigil held for Sarah Everard, for whose murder a MET police officer has been charged, the announcement was met with outcry from activists and rights groups across the UK. Such as Friends of the Earth, who are gathering signatures for an open letter to the Government calling for a serious amendment of the Bill which they vilify as threatening “the fundamental rights of citizens and communities to have their voices heard by the powerful” and calls the suggested new police powers “draconian”. 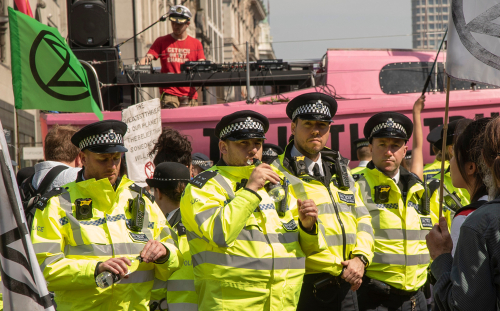 Human rights lawyer Adam Wagner highlighted that the Bill would create criminal penalties for people who cause “serious annoyance”, and academic author Kenan Malik called the plans an “assault on our civil liberties”. On March 15th, the first day of debate, Extinction Rebellion released a statement calling the Bill “a blatant attempt to create an authoritarian police state, where the voices of ordinary people, particularly those most marginalised and disadvantaged, are silenced by state-sanctioned penalties”.

The Bill would make substantial change across the criminal justice system, giving police increased powers to control static protests. Additionally, the Bill would increase sentences and fines for protestors and streamline the prosecution process for the state.

In a statement, Metropolitan Police Commissioner, Cressida Dick, said that the Bill was not only necessary but long overdue as current legislation for policing protest events is the 35-year-old Public Order Act 1986. The amendments outlined in the Bill allow police to impose conditions on protests that, through noise levels, cause “intimidation or harassment” or “serious unease, alarm or distress” to bystanders – this includes protests with only one participant.

The Bill will also further restrict the area of protest outside Parliament, expanding the “controlled area” around Parliament where protest activity is prohibited, this amendment to the 2011 Police Reform and Social Responsibility Act would also make the obstruction of access to the Parliamentary Estate an offence.

If passed, the Bill will give more power to police to regulate static protests that are perceived to be disruptive to the public. The Bill was drafted largely in response to the April 2019 Extinction Rebellion protest which brought central London to a standstill simply by its sheer size, thousands of people accused the Government of “criminal inactivity” in addressing the climate change crisis in 10 days of marches and static protests across London. The protests were deliberately designed to cause disruption with some activism taking the form of physical roadblocks. Over a thousand protesters were arrested and the protests cost the Metropolitan Police Service more than £16 million. 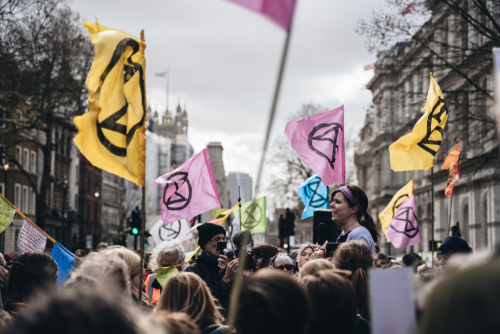 The Bill also abolishes the common law offence of “public nuisance” and outlines the introduction of the statutory offence of “intentionally or recklessly causing a public nuisance” quote about comfort, which could mean untenable and confusing restrictions on protest actions leading to fines being given out and arrests being made.

The Bill does outline some intentions that have been well received, such as increasing the penalty for assault on emergency workers, but many feel this isn’t enough to warrant the Bill being passed. 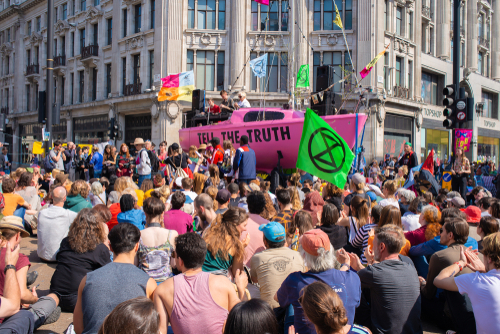 Crowds at the 2019 protests brought Central London to a standstill. Photo: Shutterstock

Cornwall is far removed from the urban surge of London, but new police powers would have an impact on protests and demonstrations in the county. Falmouth and Truro MP Cherilyn Mackrory has rejected calls to vote against the Bill, stating “This Bill does not remove our right to peaceful protest as some are trying to make out”.

Truthfal spoke to Zoe Young, a representative from Extinction Rebellion Cornwall (XRKernow), to understand how the Cornish faction of the global environmental movement is responding to the Bill. “It’s seriously annoying and disruptive to the supposedly liberal democracy we have”, explained Young, “[the Bill] is effectively authoritarian”.

Young expounded that the climate emergency is set to worsen exponentially, particularly in regions like Cornwall, and protest rights must be preserved for change to be enacted. Young went on, “[the Bill] doesn’t seem coherent and gives powers to police that they won’t be able to use in any meaningful way”.

A protest against the Bill will take place on Saturday 20th March in Truro at 2 pm.