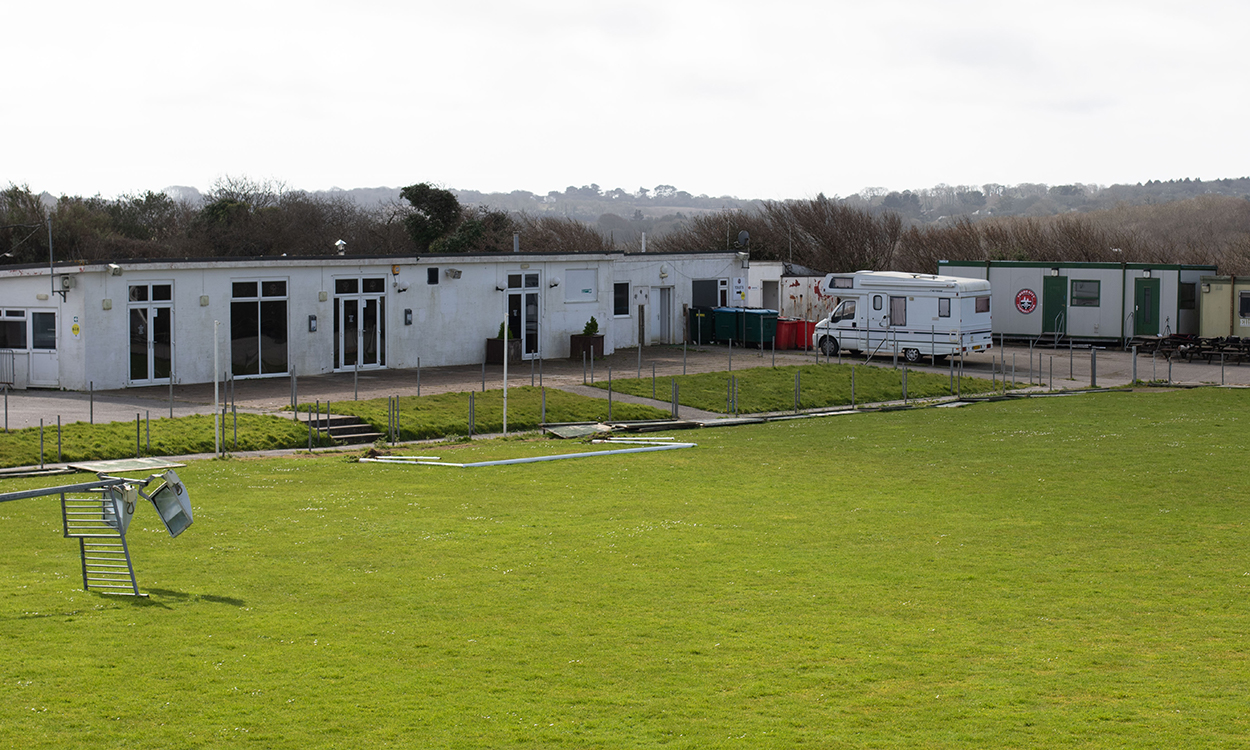 Truro City Football Club announced that they would be permanently leaving Treyew Road on January 20th. The ground is closed to football, but it is still very recognisable at the moment.

The current Southern League campaign has been curtailed, with next season getting underway on August 14th. This is when Truro will play their first game at Bolitho Park, following a ground-sharing arrangement with Plymouth Parkway.

The club will remain at Treyew Road in some capacity for the remainder of 2021, as the hospitality building will remain their office and also a new kit room.

However, the club only has until March 31st to vacate the rest of the site, with anything left behind after that date no longer in their control.

From the look of the current situation at the ground, meeting this deadline appears to be an uphill struggle at best, perhaps even an impossibility.

Although the goals, advertising boards and floodlights have been taken down, they have not been moved. The most significant progress so far has been emptying the buildings. 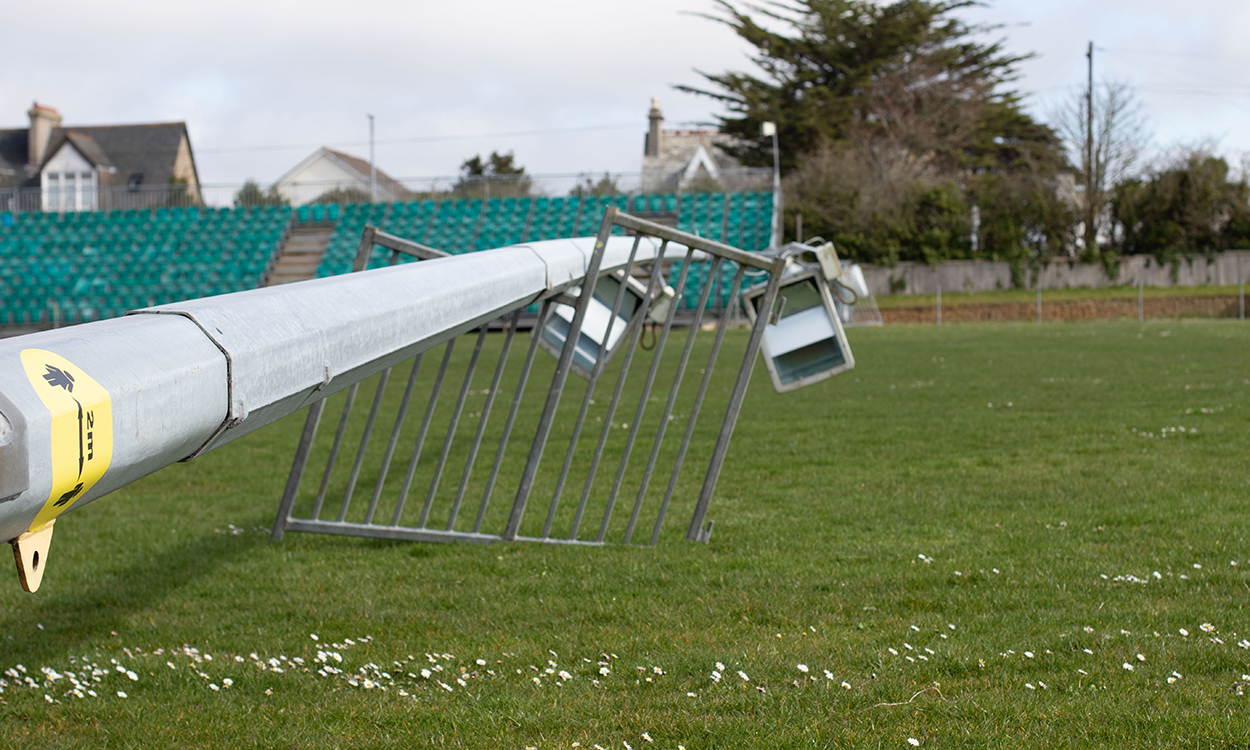 The floodlights have been taken down but remain on the pitch. Image: James Casey

Major items such as the floodlights and stands, as well as smaller objects like turnstiles, advertising boards and paving stones had been planned to be stored and reused at the new ground in Langarth.

However, these are still on site with just two weeks to go and there is now a race against to get everything moved out before the deadline.

The value of these commodities is a significant amount to the club and the potential financial ramifications could be harmful to the club going further forward.

The site is currently experiencing only minor activity, with the only people on site being a small number of elderly club volunteers with “little guidance” from the club’s hierarchy.

There has also been no machinery on site since the vacation of the ground began. 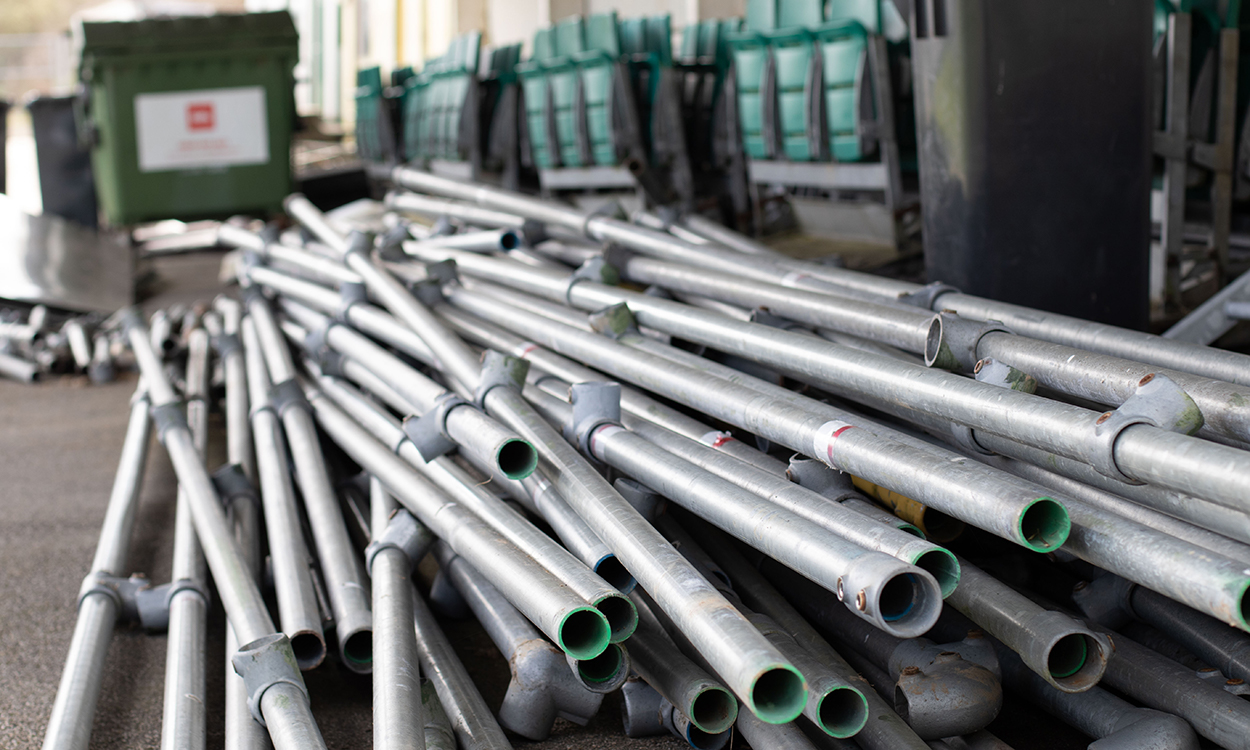 Objects such as metal pipes are strewn across the site. Image: James Casey

A volunteer, who wished to remain anonymous, lambasted the laissez-faire attitude of the club towards the situation.

“I don’t see how we can [move out by March 31st] without some equipment to lift large objects.”

“I thought we’d be packing up and I could go and do my allotment, but it has been neglected! I think we are still going to be here for sometime.”

“The club is run by non-football people. The board is full of Cornish Pirates officials and it is clear that Truro is of secondary consideration to the rugby club.”