Cornwall is known as a place people can visit to relax on their holidays or move to for a more tranquil lifestyle. But for women living in Cornwall there is more to it than meets the eye. I spoke to women living in Falmouth and Penryn about their experiences of walking alone. 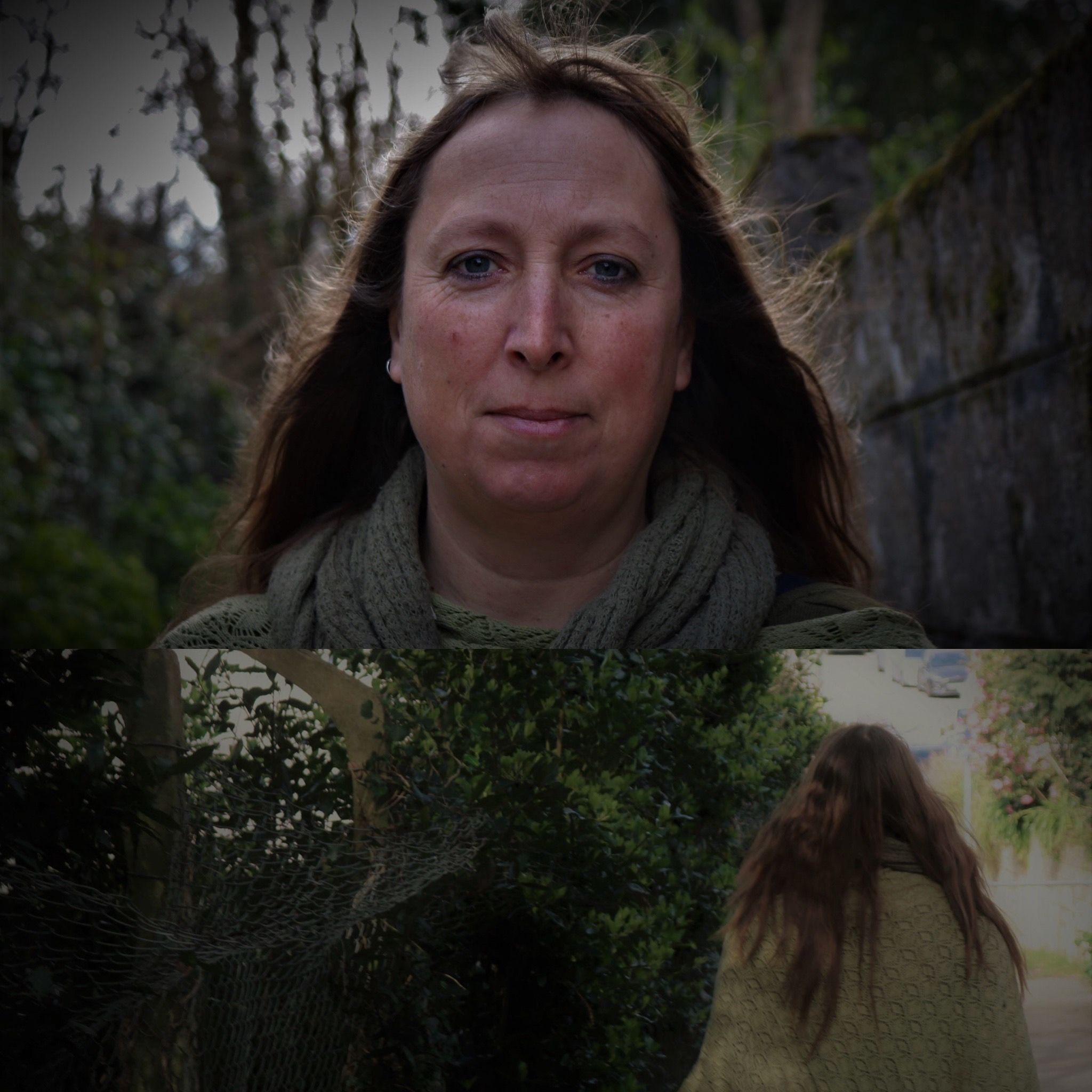 “We moved to Falmouth about 10 years ago, I was in my late 30s, and having grown up in the sticks I was quite nervous about walking about at night on my own (not that I go out very often!) 99% of the time my husband would be with me, but once I had to walk home on my own, in the dark. I had to come down an unlit alley, and as I entered it, I could see 2 groups of people silhouetted at the other end, walking towards me. I did immediately feel nervous, but to my surprise and delight, both groups (who I think were young men – maybe men and women) said a loud and cheery ‘good evening’ as they passed me. I felt they had specifically tried to put me at ease and walked home with a smile!” Lucy said. 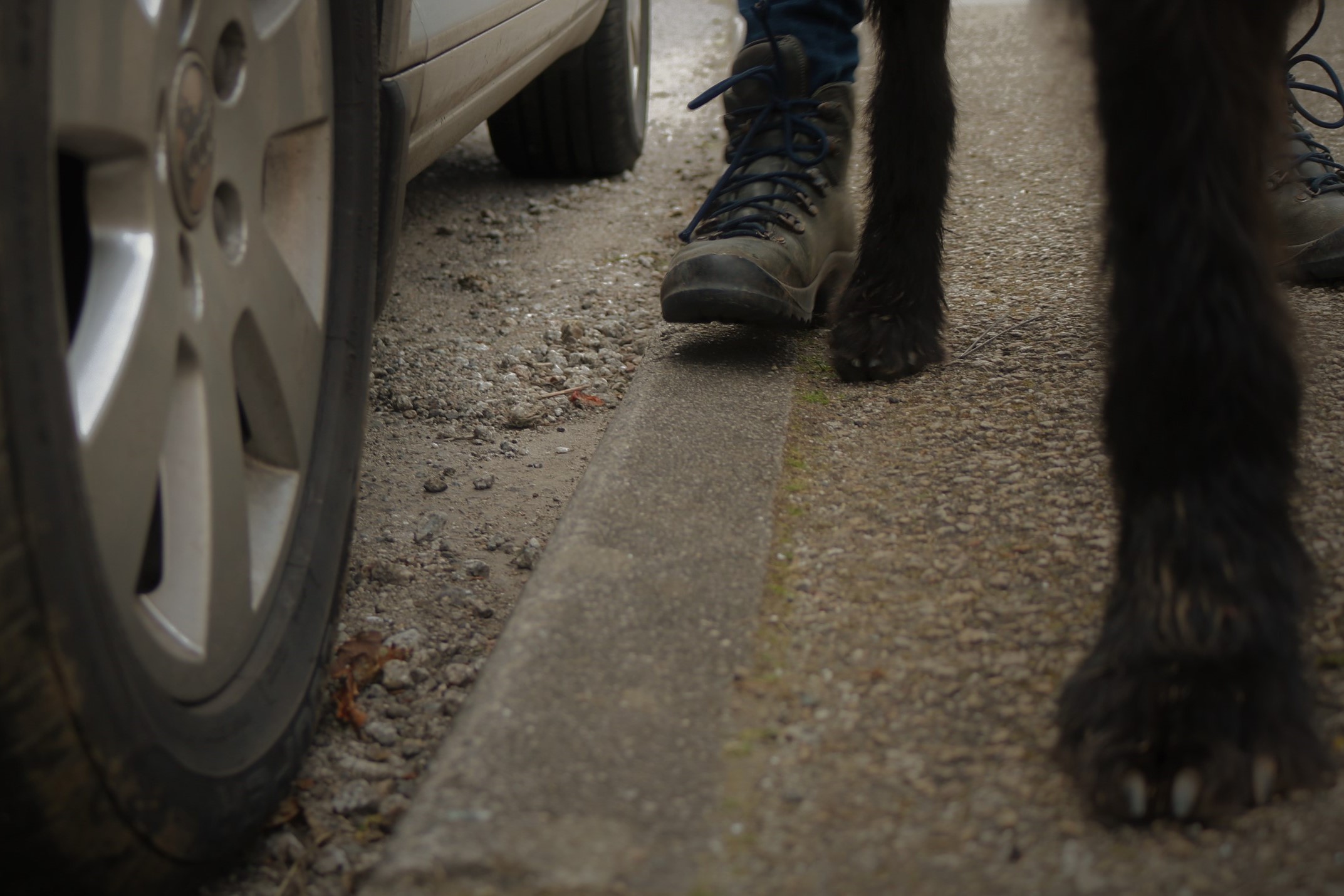 Woman: A car in close proximity – the person in this photo is an actor  Image: Hattie Young

“I am in my sixties and definitely don’t feel safe out at night on my own, be that in a town or countryside. Had a bit of a bad experience about 6 in the morning in Wadebridge once when walking my little dog. A car was crawling along beside me, when I crossed the road they turned and came alongside me again. I took a quick turn into a different road, while they were yet again turning the car, I picked up the dog and ran like the clappers to home. I have never been out in the dark again alone or even in daylight into isolated places. Sad situation but lots of ladies are the same I think,” she said. 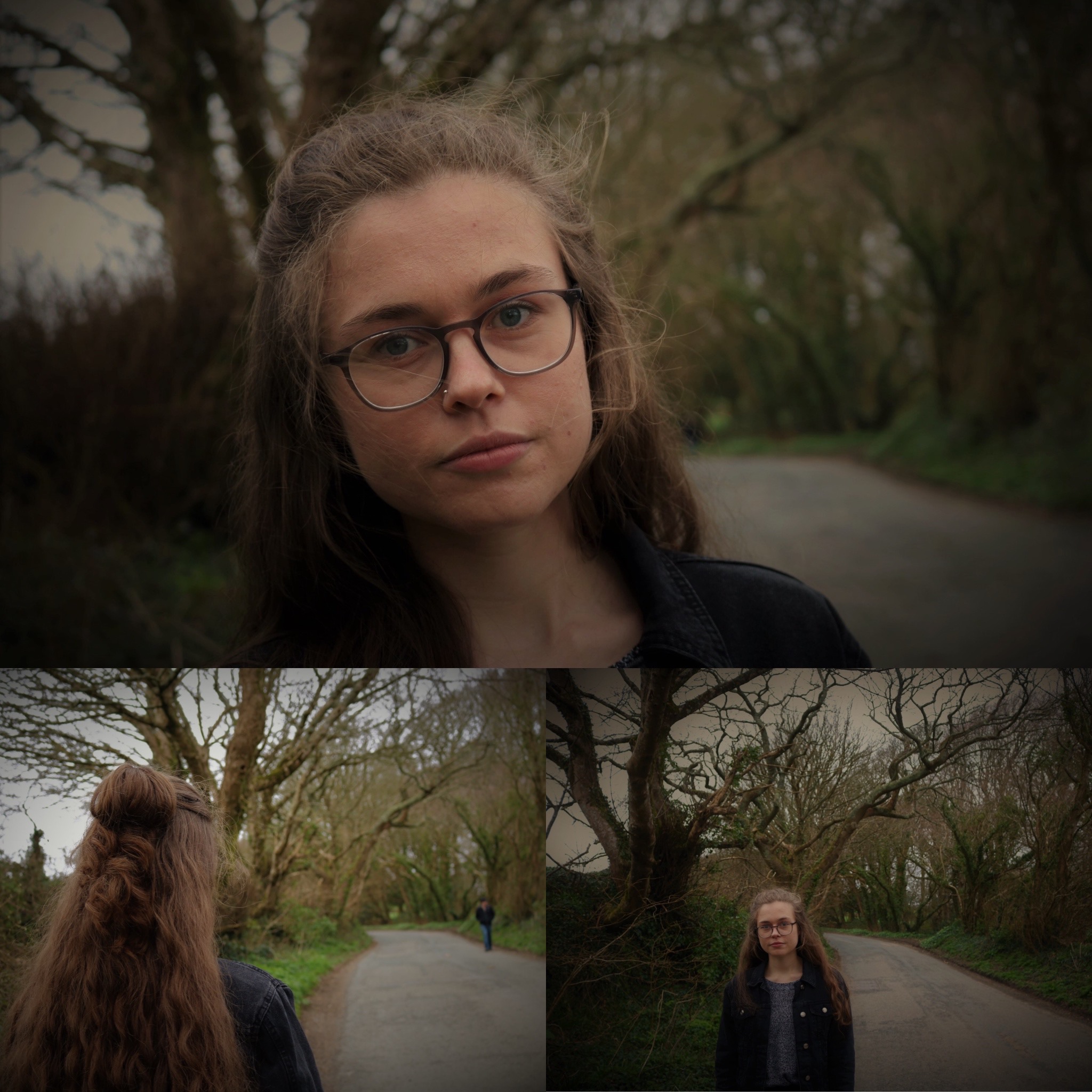 “I was stood outside my flat in December and and it was about 5:30pm – so it wasn’t late, but it was dark – I had just been on a socially distanced walk with my friend, when a car pulled up outside my flat, slowed down, sped up then beeped as it left. And it scared the **** out of us. We fully jumped. It is like a source of great humour to men…to scare you.”

“I even feel unsafe on quiet routes on quiet walks. There is a route near me that I walk in Penryn that I have had to stop going on by myself because there were a few women who noticed a car driving up and down the road. Then coming back and forward and turning around. Then slowing down. So now, we have stopped walking it. You could argue Cornwall can feel more unsafe because this is the kind of place if you screamed no one would here you,” said Jade. 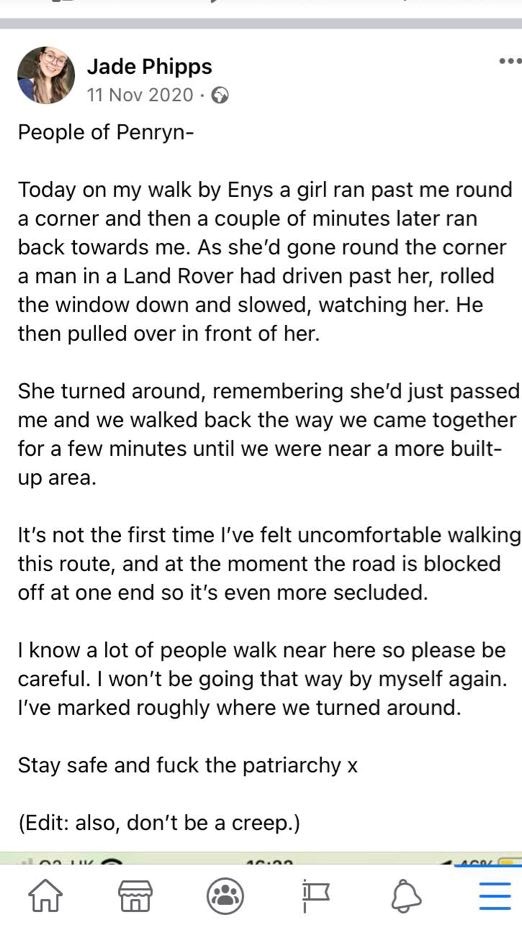 Social media: A Facebook post by Jade Phipps shortly after the incident on the same road in Penryn

She continued: “I used to live in a house where there was trouble with the neighbours. They would shout over the wall at me in the garden. The one day I came home in the evening and he was urinating on my doorstep. I felt so unsafe. I phoned the police and because I had been harassed not assaulted, they did not do anything. So, I moved to a new house because I was scared to be there alone. There should be protocol in place for if a woman is feeling unsafe; right now, they do not know how to deal with it.”

“There is a false sense of security for students coming to Cornwall – that is also worrying.”

“I have been walking along the main road to Falmouth before and there was a traffic jam in the middle of the day a group of boys rolled down the window and shouted out. Even with all those other cars with all those other people. There is no accountability. It is just so accepted.”

“The precautions put in place anyway unfortunately means my experience in Falmouth has not been anything more than harassment that every woman has experienced,” Jade said. 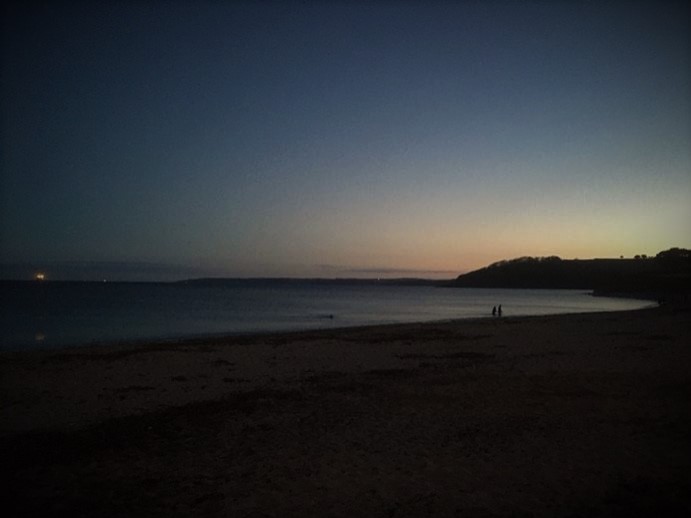 “I have to say I have always felt safe walking home in Falmouth after spending an evening in town or late eve at the beach, it never crossed my mind that harassment might be an issue in a small beach town! Naively I grow up in Falmouth so I would think twice now,” she said. 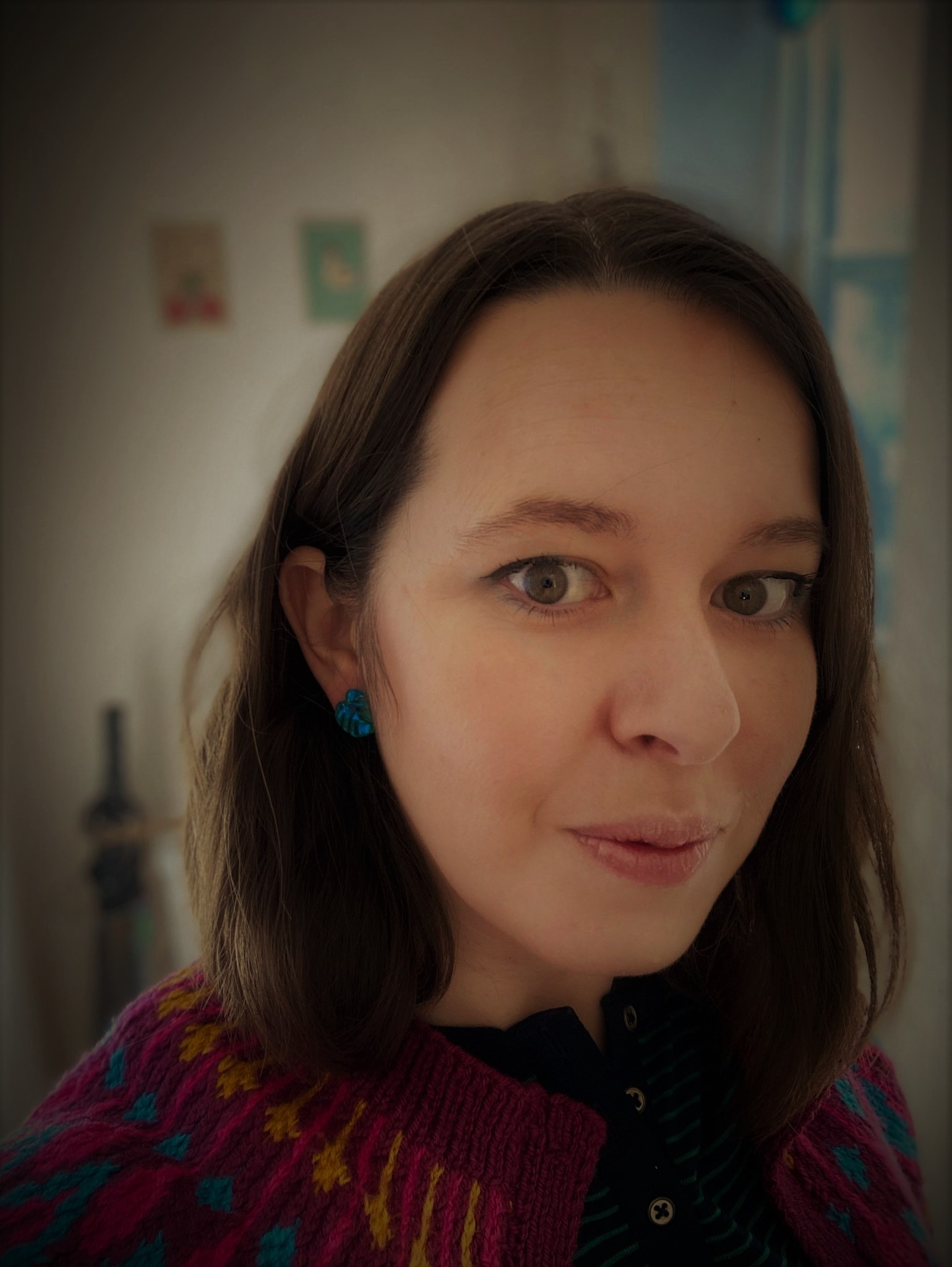 “I feel much safer in Falmouth walking around alone than I do in other areas Cornwall. I am however always on my guard. Always having keys in my pocket to grab if I need to. Always hyper vigilant because I have received abuse and harassment many times before in every place that I have lived. I have even been sat in my car and had men trying to threaten me for not responding to their advances. These are just the everyday things. This is the sick base of how things just are for women. This must change.”

“In winter I was walking with my toddler in Truro around 4pm as it was turning to dusk. We exited a shop onto a near empty street and as we turned the corner, we came across a homeless man who upon seeing my son put his hand through a hole in his trouser pocket and started masturbating looking at him then looking at me. Getting off on the distress it was causing me. I wanted to hurt him to make him stop but I always wanted to get us out of there in one piece and set a good example to my son. I also did not want him to draw his attention to what the man was doing. I quickly scooped up my son pretending he was a rocket and zoomed us away. The man laughed and furiously masturbated following. I had parked in the Moorfield car park where there is a big homeless population. I was worried that he would follow us all the way there or would phone ahead to his friends so I ran while holding my little one as fast as I could to get us out of there.”

“Also, in Truro the week after this incident I collected my little one from nursery and took him to Boscowan park. It was just starting to get darker but there were three other families in the park and some dog walkers so I said we would have 10 more swings then would go. When I tried to take him out of the swing, he didn’t want to go so clamped his legs round the swing. As this was happening all the other families left and there was now just one male dog walker in the far distance of the park at least a couple of hundred meters away. I convinced my child it was time to go and pulled him out of the swing, double checking on the distance of the dog walker who was now a hundred meters from me even though it had only been a couple of seconds. I quickly picked my son up and walked to the car. I kept turning my head to see where he was, and he had gone from a gentle amble while the other families were there to almost a jog. I went as fast as I could taking my son to the car, but he was heavy and I was tired after pushing him on the swing.”

“As I was placing him into his car seat, I could see that the man was now just behind me with his little white dog. He was stood 4 metres behind me just watching, glaring. He would have had to run to keep up. I hated having my back to him while strapping my son into his seat knowing that he had to be safely attached to his car seat in case I had to make a quick getaway. My skin was crawling as I could hear and feel the man walking towards us. He was now two metres behind. Thankfully, his dog pulled him over to some bushes. I fumbled with the car seat straps and as I shut the door and turned round the man was now in the bush facing us urinating and manically grinning. It felt like he got a thrill out of exposing himself to us. I hoped that it would not be something that he would do to others or need to do something worse in order to get the same hit.”

“The ridiculous thing is that even now as I am sat in my car (doors locked) in Truro writing this I have had a man outside desperately trying to make eye contact with me. When I finally looked up at him as he was just stood there with a glaring smile for a full five minutes. It was, however, in that way that means smile at me now, validate me or I will get angry.) Then did a little motion with his fingers for me to smile at him. When I didn’t, he walked past almost pressing his face on my window and said “grumpy ****ing b**ch” at me. Like I owed him a smile. I will not be intimidated.”

“You hardly ever see any police in Cornwall apart from the traffic police and the ones out on a Friday/ Saturday night. There are so few that it wasn’t until my son was three that he saw his first police officer.” 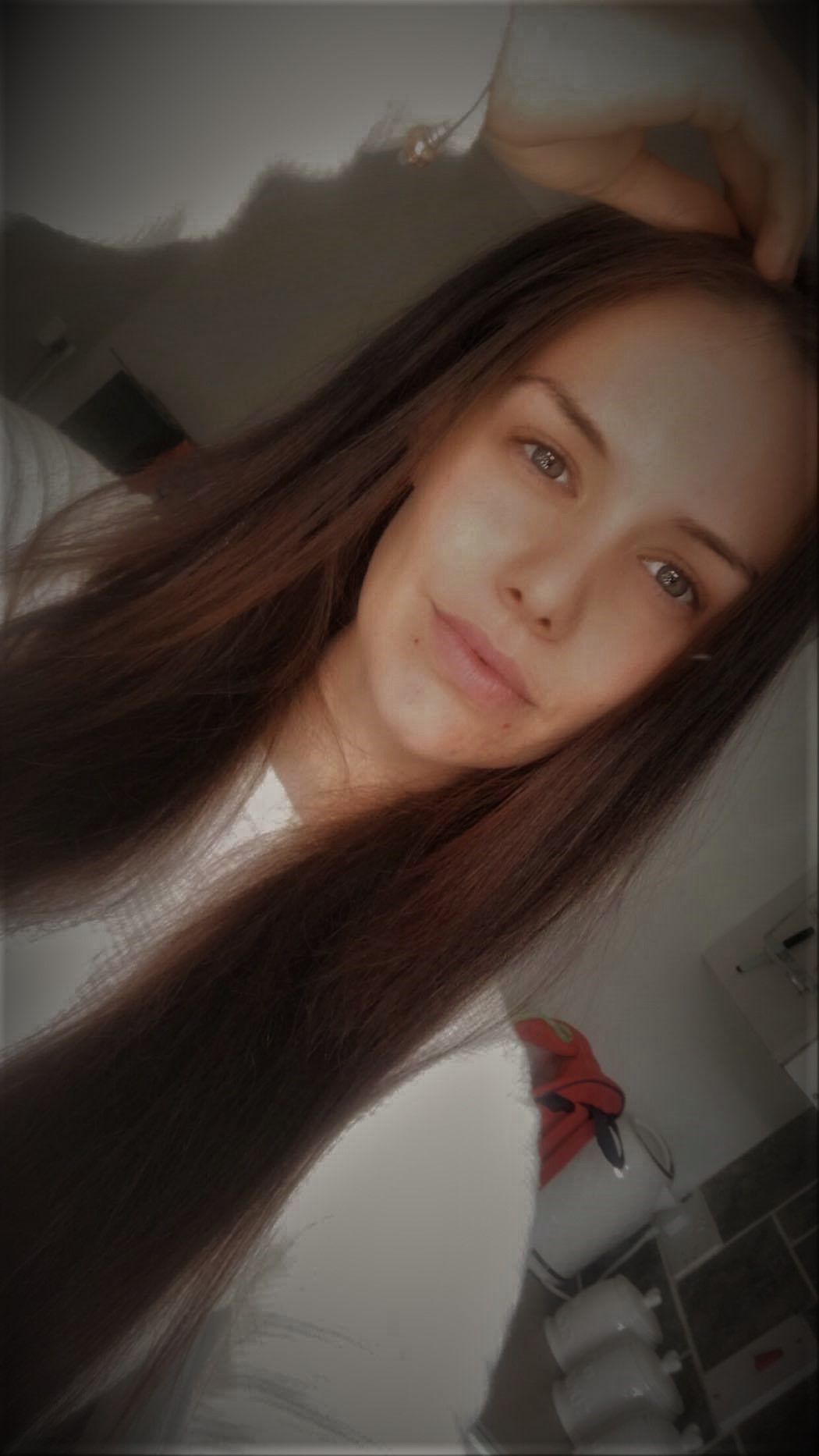 “The sad reality is that I don’t feel safe walking alone in Falmouth or anywhere by myself. I was raped as 14 year old girl, I was in school. Ever since then I’ve had many demons to deal with. It will always leave me scared to be a women walking alone. I do not feel safe anywhere or at anytime. I feel safe in my own home. With just me and my 2 year old son.”

“I do not think lack of police is a factor. Although I never see a policeman or women out walking in our community, I understand they can’t be everywhere. I would possibly feel a little saver if I saw them out more interacting with the local community.”

“I would teach my son that girls and women are like flowers. You can’t just pick them out the ground because you want it, only to chuck it on the floor once you are finished. I would tell him If you see a boy hurting a girl, help her. Be her safe place to intervene and be her voice. But to also never mistake kindness as consent. Not only would I verbally inform him how important it is to treat girls and women right, but the male figures in his life also have a role to play. They will also have to show my son through his own eyes how to treat women, how to respect and to treat them as you’d like to be treated,” said Katey.