From Truro to the Philippines – Hayes heads overseas 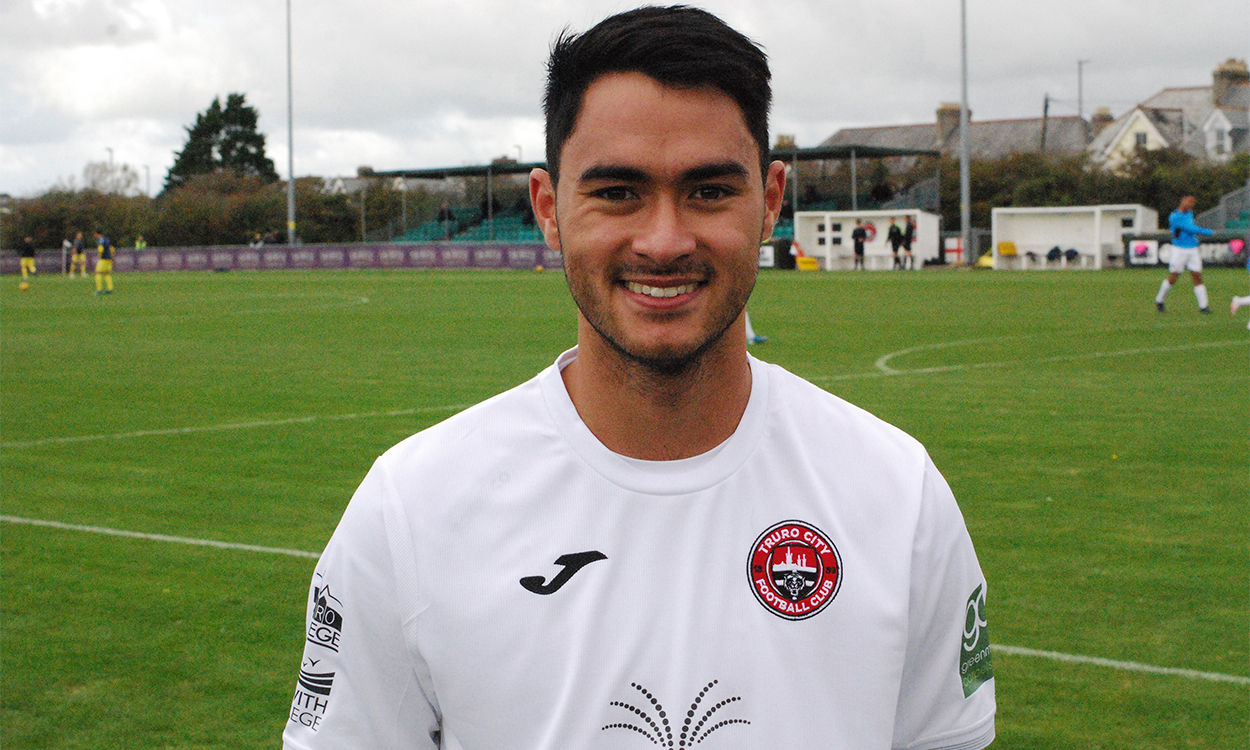 The Cornish club announced on Friday that they had agreed to terminate the striker’s contract by mutual consent before joining Philippines Football League Champions, United City FC the following day.

The 22-year-old joined Paul Wotton’s side in September following his release from Sky Bet Championship side Nottingham Forest last summer after coming through the academy at the City Ground.

He originally joined the White Tigers on loan last March after staring for Forests U23s side. He only managed one appearance though before the season was cancelled due to the coronavirus pandemic.

He returned to Nottinghamshire but was unfortunately released bringing to an end his 12 year stint at the club.

Truro acted swiftly to secure his signature at the start of the 2020/21 campaign. He made 11 appearances, scoring just the one goal before the season was again brought to an early end. 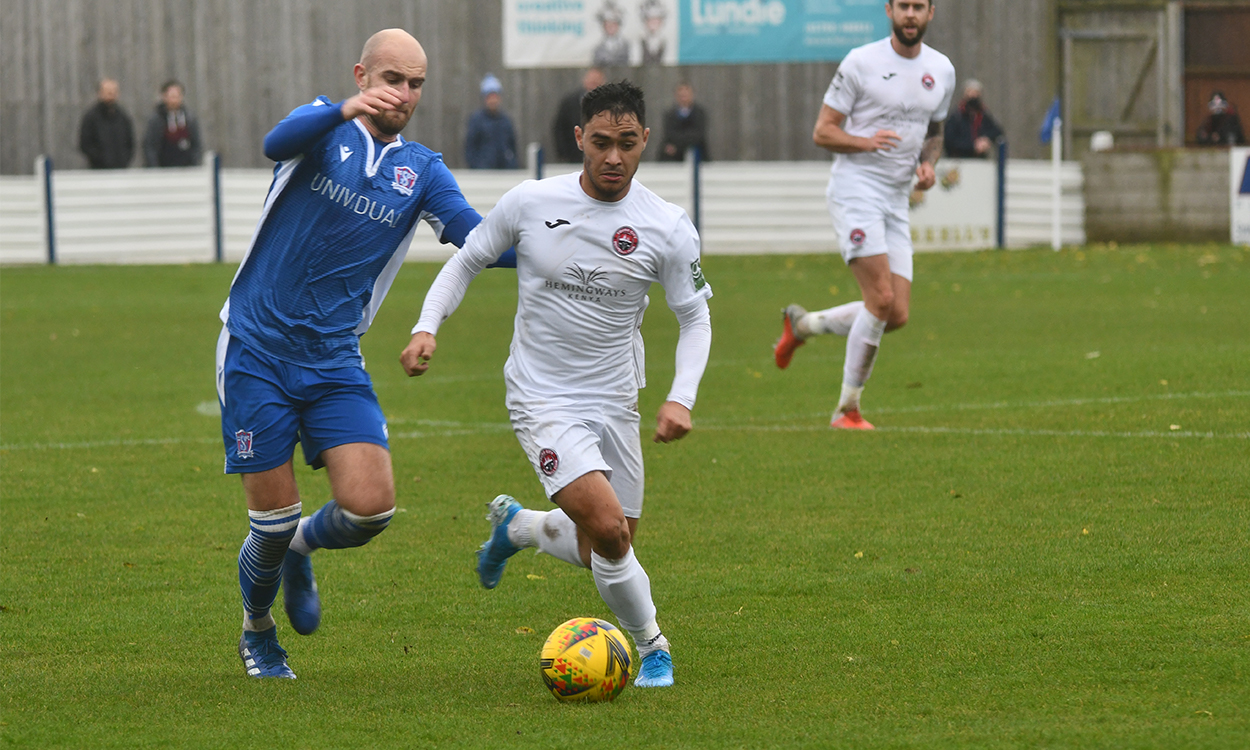 Hayes in action for the White Tigers against Swindon Supermarine in October 2020. Photo: Cameron Weldon

His time in Cornwall has now concluded after an agreement was reached to terminate his contract.

Upon the news, Hayes tweeted: “Thank you to everyone @TCFC_Official. Staff, players and fans all made me feel welcome from day one. All the best for next season.”

Thank you to everyone @TCFC_Official Staff, players and fans all made me feel welcome from day one. All the best for next season 👍🏽❤️#UTT https://t.co/gXPrcKC2rq

He now returns to the country of his birth to pursue a fresh challenge in the Philippines Football League.