A seal pup found on Porthtowan beach has been rescued by the British Divers Marine Life Rescue (BDMLR) after it was found injured and exhausted on the beach on February 23rd.

The young seal has previously been rescued and subsequently released and could be identified by the number 14 on its back. After the pup came ashore, a local reported the pup and fortunately it was rescued near St Ives and is now in the seal sanctuary recovering. 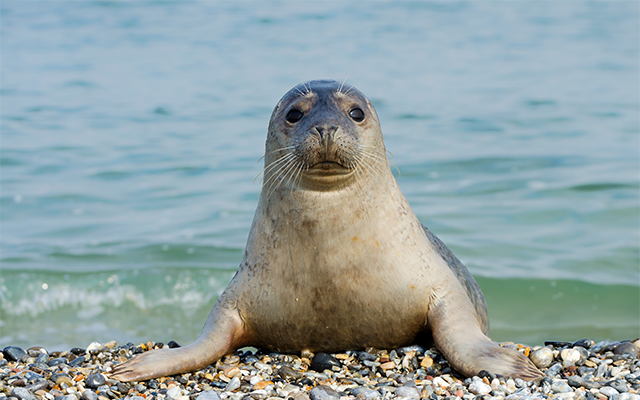 A seal pup making itself comfortable on the beach – Shutterstock

The charity British Diver Marine Life Rescue was formed in 1988 when a small group of divers got together following mass mortality of common seals. In 2020 the charity rescued 1658 seals and continue to do so with a total of 1788 call-outs last year.

Seals rarely come ashore on busy beaches and will opt for quieter spots such as Mutton Cove, a large colony near Godrevy and BDMLR encourage people to do some research and get in contact via their hotline if they spot a seal or dolphin on the beach.

If you find a seal it is suggested that you should watch from a distance, do not approach the animal because it is important to remember they are wild animals and despite their cute dog-like features can be aggressive when they feel threatened and especially when they have young.

However, it is not uncommon for seals to come ashore and actually spend a significant amount of their lives on beaches. They will often use the land to rest, give birth and to shed their fur once a year and pups may spend up to a week on land at any one time.