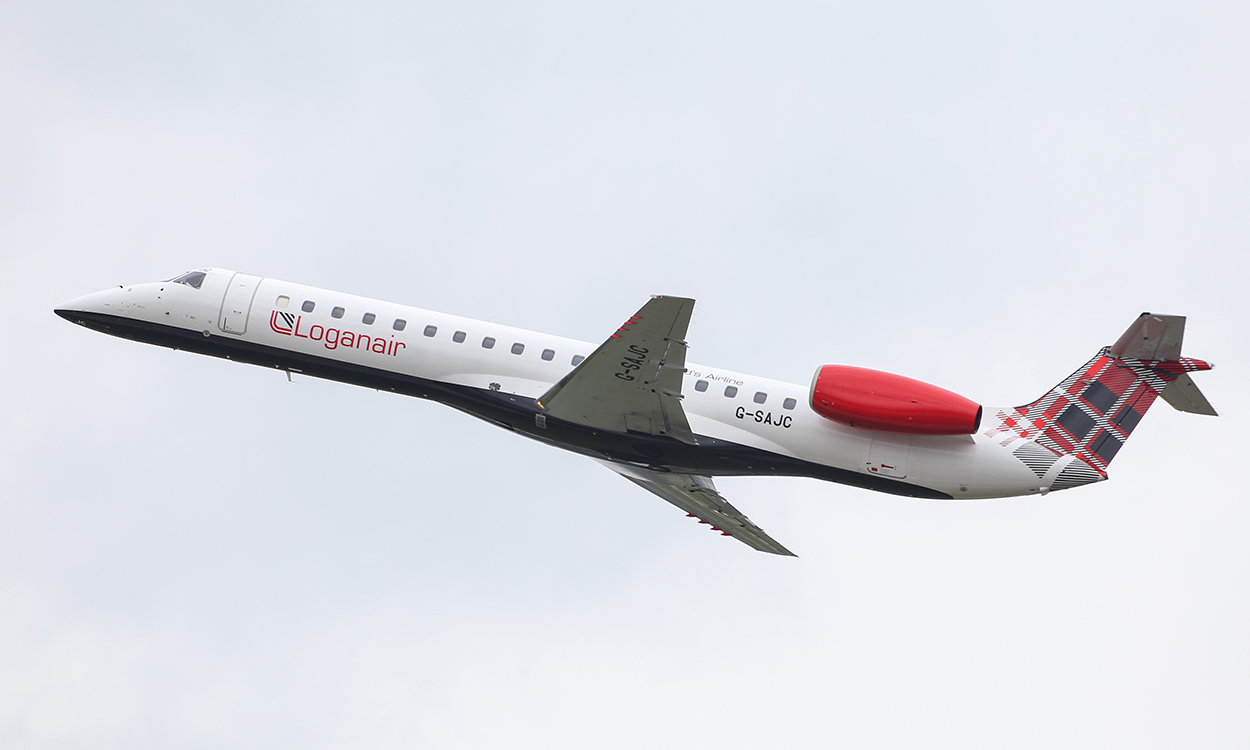 Now Boarding: The new operator of the Newquay to London PSO, will be departing shortly/ Shutterstock

SCOTTISH regional airline, Loganair, is expected to be announced as the new operator for the publicly-funded airlink between Newquay Airport and London, Truthfal can reveal.

It is understood that the service to London Heathrow will resume up to four times daily in each direction from the 28th March 2021.

The route, which is jointly funded by Cornwall Council and the Department for Transport as part of a Public Service Obligation (PSO) contract has previously been operated by Flybe, and more recently British Airways.

As part of the four-year contract, Loganair will receive a subsidy to run the route when flights are not profitable, which is often the case during the off-peak months, between October and May.

The route, alongside flight numbers, and airline operator have since appeared on Heathrow’s own website, under the ‘Departures’ and ‘Arrivals’ section from Sunday 28th March 2021, matching the start date of the PSO contract about to be announced.

Loganair has also announced it will serve Manchester, Edinburgh, Newcastle and Aberdeen from the 5th April 2021, filling many gaps left following Flybe’s bankruptcy in March 2020. 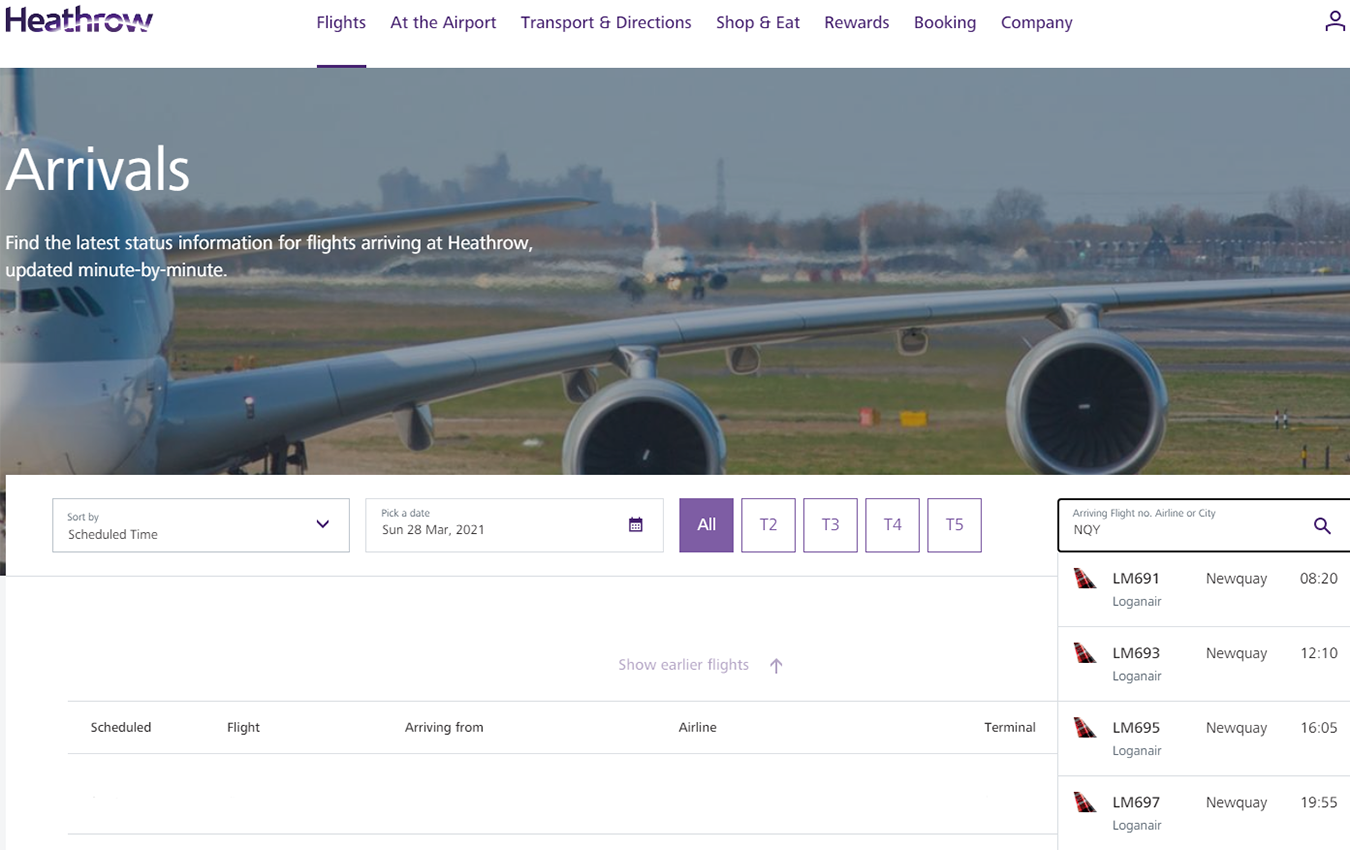 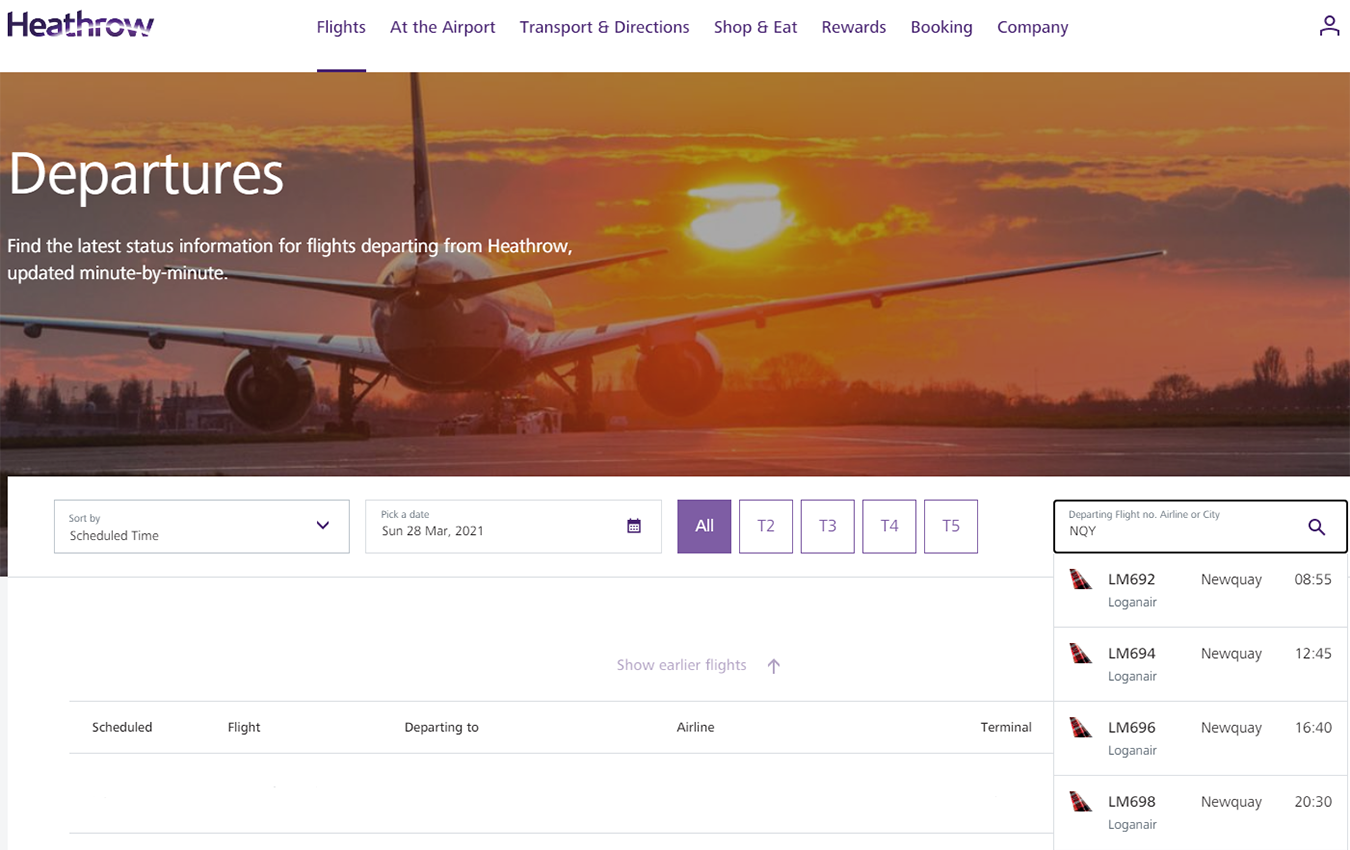 <
►
>
Heathrow Airport: Both the arrivals and departures pages are now showing flights to and from Newquay from 28th March 2021

The funded air link was initially established in 2014 following the interruption of the rail services at Dawlish after a period of bad weather.  It has proven to be a vital connection for both business and leisure travellers between Cornwall and London.

According to CAA data, the route had, up until March 2020, been popular with over 181,000 passengers flying between Newquay and London in 2019.

In 2020 however, approximately 78.6% fewer passengers flew on the route after Flybe went into administration in March, which was shortly followed by the first national lockdown as a result of COVID-19, leaving the route unserved until the summer.

It was then resumed in July 2020 as part of an emergency seven-month PSO contract, worth up to £800,000, operated by British Airways. The service then saw further frequency cuts following the second and third national lockdowns. 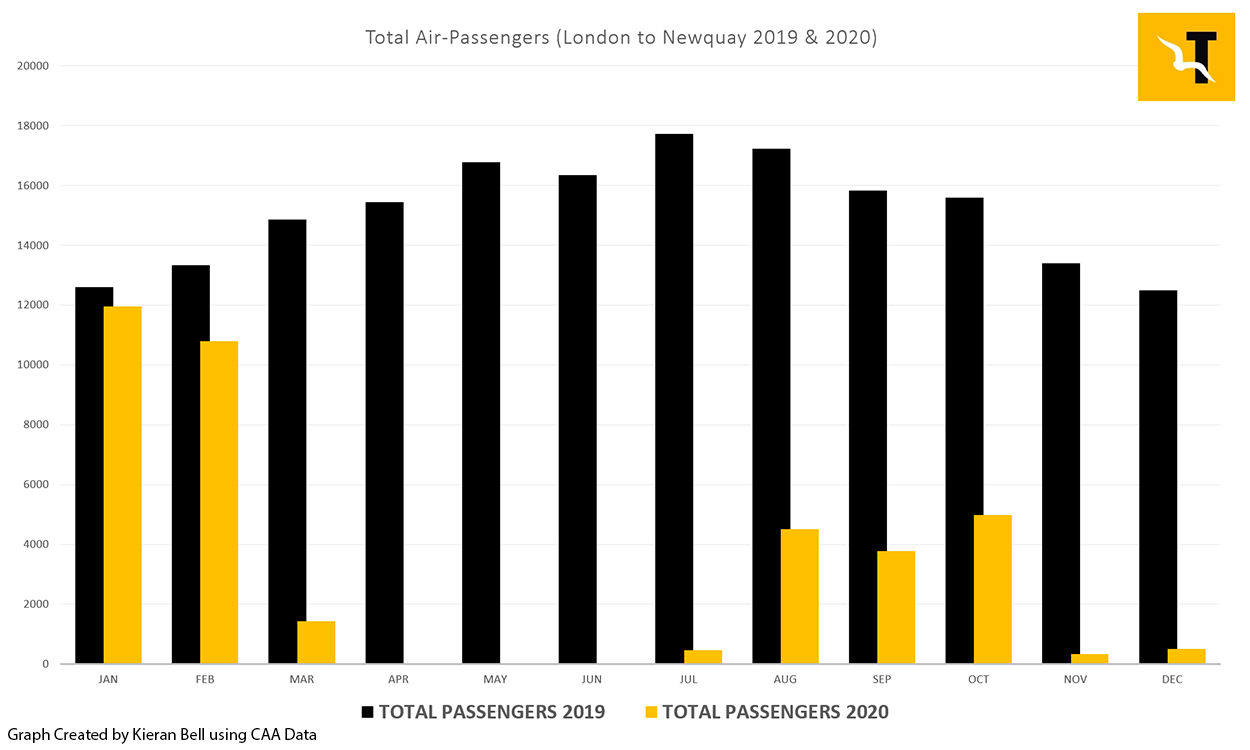 CAA Data: Total Passenger Figures between (Any) London Airport and Newquay during 2019 and 2020

Chris Cowley, Deputy Editor of the Metro Newspaper, was formerly a frequent business commuter on the service and told TruthFal, “The flight is preferable, but I don’t know if I would go back to it.

“We’ve had a complete rethink in how we operate as a newspaper, and we can produce it from anywhere. The whole scenario is going to change for lots of people, unless they have to go to London, they won’t have a need to travel.”

“But as far as I was concerned, cost was everything. I was paying on average, £55, or there about with Flybe, for one-way to Heathrow. If Loganair were to go to about £90 or £100, thereby doubling it, then it’ll be a pain for me.”

“Price is the driving force, because my company doesn’t pay for my commute. I was totally driven by cost and necessity”.

The connection is expected to restart from Sunday 28th March 2021, subject to approval by the Department for Transport, before an official announcement is made and bookings will become available.

Truthfal has contacted Loganair and Cornwall Council for a statement. 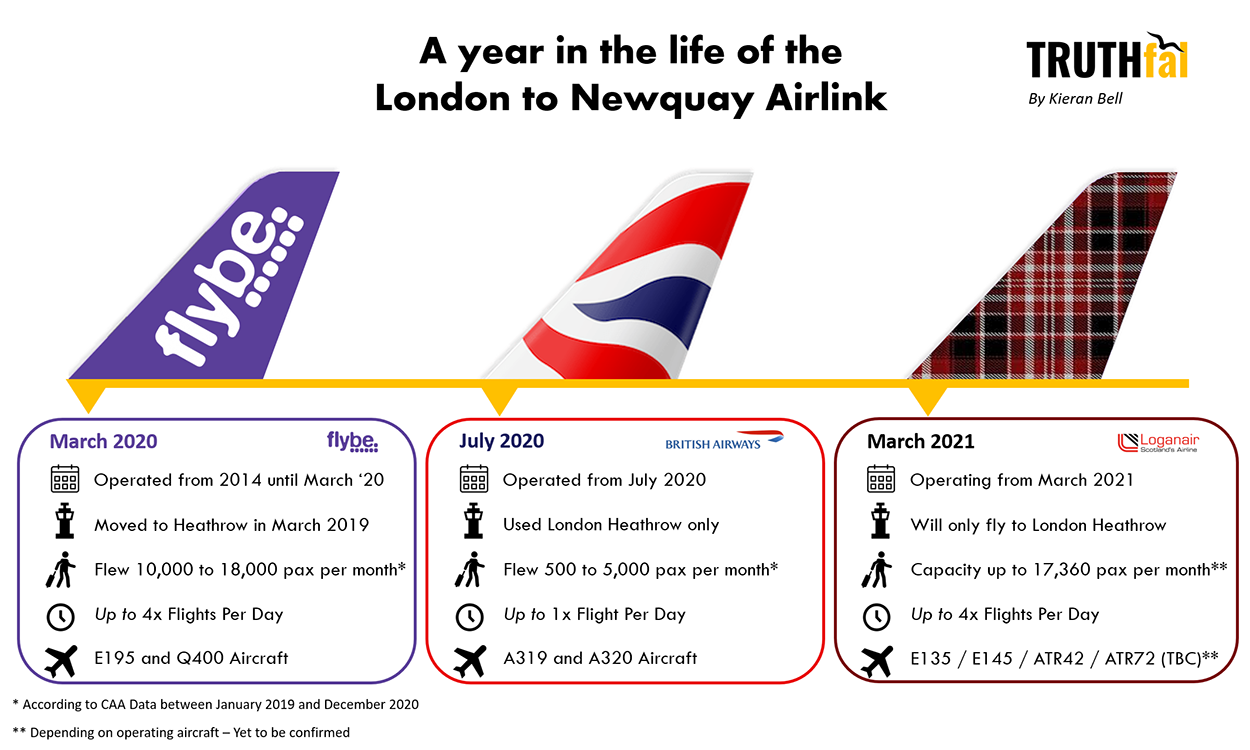