Left behind by vaccine rollout: asthmatics and diabetics speak out 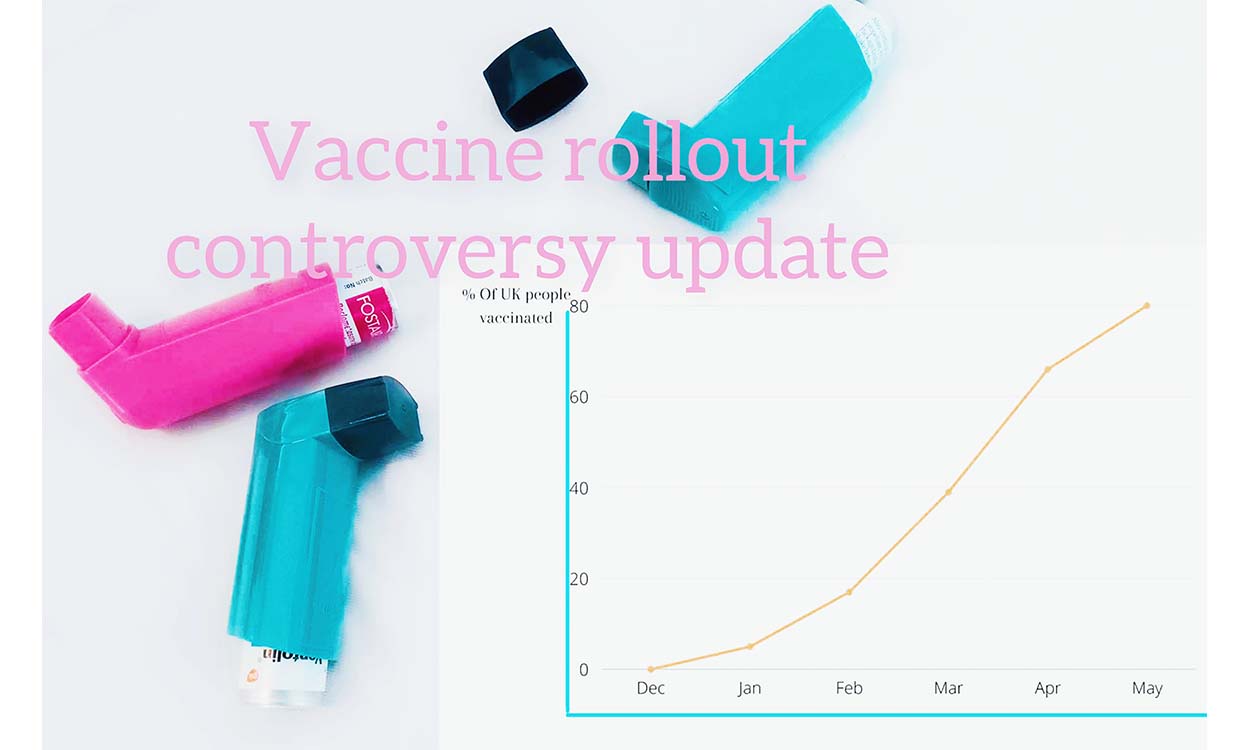 I wondered if a case like this were unusual or if many people in high-risk categories were being overlooked in the vaccine schedule. I set about looking for testimonials, and came across Freya and Laura, both sufferers of life-threatening asthma who were struggling to get access to the vaccine from their GP, and were able to find time to speak to me about their experience. I came into contact with many others who were unable, for one reason or another, to give an audio interview, but were still keen to raise awareness of their predicament. Many more responses have rolled in too since the audio went up last week.

With the benefit of hindsight, I’d like to share the many stories from people who were unable to be part of the interview.

“I’ve been wheezing and getting out of breath all the time, even now it’s been months since I had it… I’m worried because they say once you’ve had it you’re not protected for long.”

One of the most striking cases I found was that of Christina, a 48-year-old mum of 7 in the northeast. She and her family moved to the UK from Australia at the end of 2019. She assumed this must have led to confusion with her GP, and could be why she seemed to keep being passed up for the vaccine, but wasn’t sure.
Christina, on top of being asthmatic, contracted coronavirus herself over the Christmas period and says her asthma has been poorly controlled ever since.
“I’ve been wheezing and getting out of breath all the time, even now it’s been months since I had it… I’m worried because they say once you’ve had it you’re not protected for long. What’s worse is that I’ve got the kids to think about and I am running around after them.”
The official NHS website urges those who believe they’re at high risk but have not received a letter from their doctor or the NHS to contact their GP. However, Christina, like many others I spoke to, found herself hitting a brick wall. She eventually resorted to asking hospital staff to contact her GP on her behalf, as her doctor kept insisting that she was not eligible for the vaccine:
“Apparently my X-ray from back in January was really bad (they hadn’t told me)… I have to have another medication now. He (a doctor at the hospital) stressed that I could get Covid again, even worse a second time. I told him about the troubles I’ve been having with the GP, so he’s written to them now saying I should have the vaccine as I’m high risk. I’ve been asking them myself for two months now.
“My asthma has only flared up since having Covid. Apparently, if it’s long Covid, I can expect symptoms for another 4 weeks.”
Due to the pressures of homeschooling 7 children, and fighting back and forth with her healthcare providers, it’s clear to see why Christina couldn’t be available for a formal interview. The extremity of her case shows just how easily those in need of the vaccine were able to fall through the cracks.

“I’m not sure I’d even get that sick if I got the virus, I feel that fit. It’s my wife I’m worried about.”

I also spoke to David, a 66-year-old supermarket worker in Reading. He told me he was surprised, and a little guilty, at being given the vaccine before his 64-year-old wife. He told me he has no risk factors, aside from his age, while his wife has been type 2 diabetic for over 10 years now, and was recently hospitalised due to a blood sugar spike. 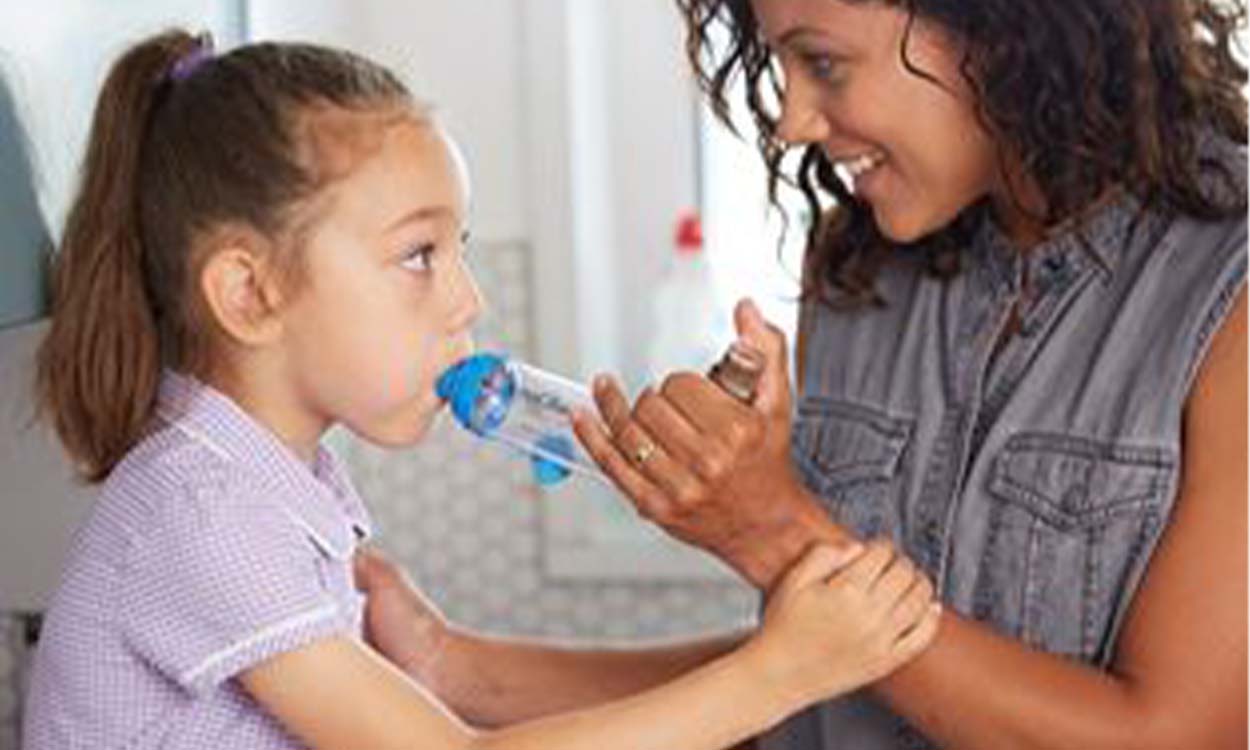 ‘Girl with inhaler and spacer’ courtesy of Asthma UK charity.

“We work pretty much the same job, see the same number of people… They just got the vaccine to me first because of that 2-year difference. I’m not sure I’d even get that sick if I got the virus, I feel that fit. It’s my wife I’m worried about.”
Another case of confusion between different healthcare providers came from Tanya, who says her 20-year-old daughter was denied the vaccine at first, despite being hospitalised with asthma for three days in 2018.
“We were told her admission was not relevant, has to have been in the last 12 months. They also claimed they couldn’t find any record of her admissions. Thankfully I found paperwork to scan for her. We’re waiting to hear back now.”
Asthma UK has campaigned hard on the issue of getting the vaccine to all people with the condition in the UK.
A petition launched by the charity calling for the next rollout of the vaccine to be offered to all asthmatics has gained over 20,000 signatures.
In it, they argue that: “There is some early evidence which shows people with asthma could be at risk of hospitalisation or long-term side effects of COVID.
That’s why we are calling on the UK Government and government’s in Wales, Scotland and Northern Ireland to take the needs of everyone with asthma seriously.”

She says she has argued her case with her GP, but they insist so far that ‘nothing has been done incorrectly.’

Cases of asthma sufferers unsure of when they will be getting the vaccine seemed most common. Rebecca Jubb, a 33-year-old nursery teacher, reached out to say that she had been taken out of the group six’ priority category, despite her asthma and job, putting her among some of the last in the country to be vaccinated. She says she has argued her case with her GP, but they insist so far that ‘nothing has been done incorrectly.’
I’m pleased to say that Freya, who in my original audio piece said that at 17 years old she had been unable to leave her house since March last year, due to her severe asthma putting her at such high risk, has been scheduled for her first dose of the vaccine. Laura, however, who suffers from the same condition, has yet to get further guidance on when she will be eligible.