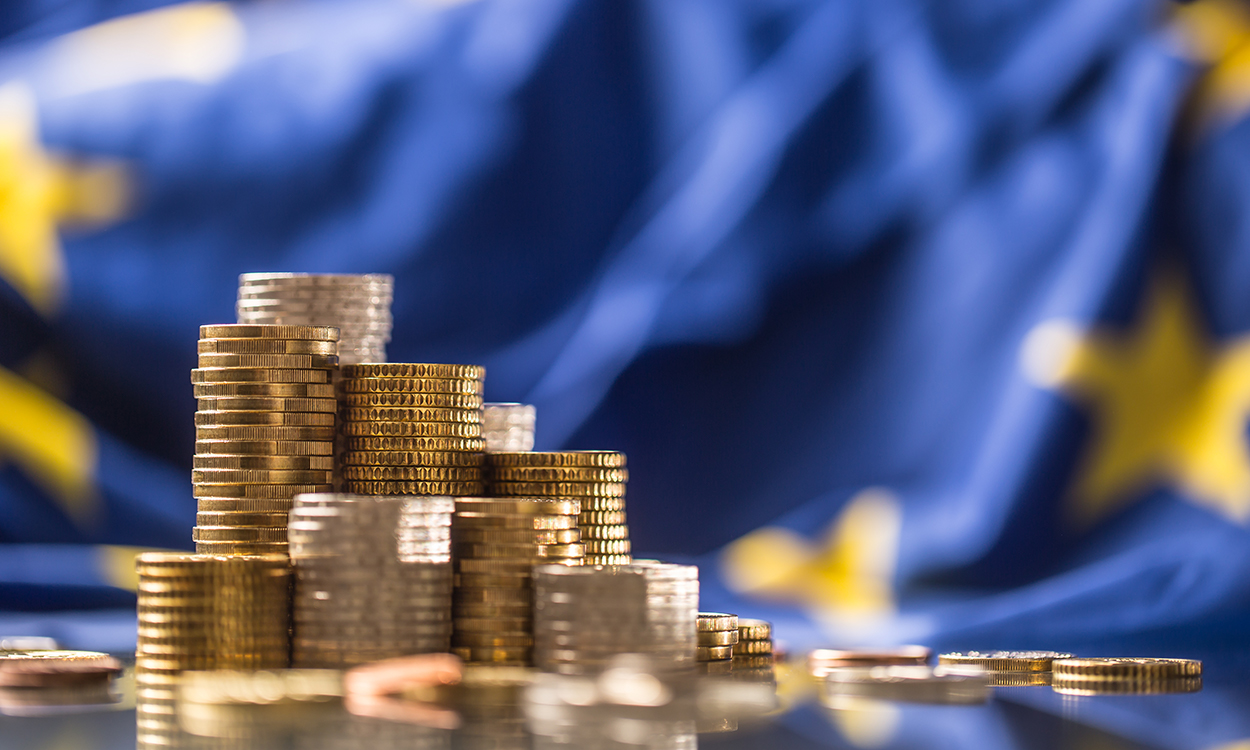 As one of the poorest regions in the UK and in the European Union, Cornwall has received hundreds of millions of pounds from the EU since the turn of the century, which has helped fund a number of projects, including those to benefit jobs, local business and growth, training, and research.

Cornwall has particularly benefitted from additional funding from the European Regional Development Fund (ERDF) as its economic performance was below 75% of the EU average. 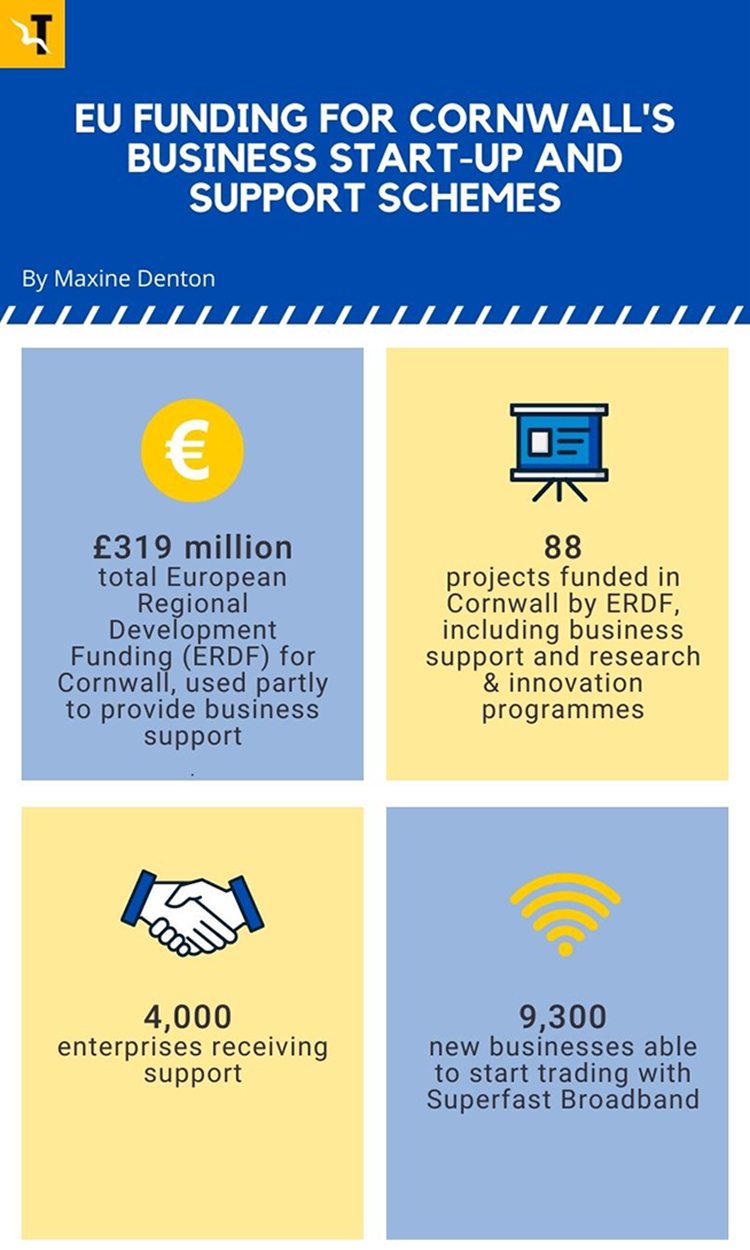 The ERDF aimed to build a stronger economy for Cornwall and the Isles of Scilly by focussing its investment on key areas, including a number of business start-up and support schemes in the region, such as Falmouth University’s Launchpad and Outset Cornwall, based in Redruth.

But now that we have left the EU, how will this funding be replaced and what will it mean for these business start-up and support schemes in Cornwall?

Chancellor Sunak proposed a £220 million pilot scheme for the first year of the Shared Prosperity Fund for the whole of the UK, which would ‘ramp up’ until the total domestic UK-wide funding will at least match the funding we had been receiving from the EU structural funds, and on average reach £1.5 billion a year.

However, there are concerns that the amount of money Cornwall seems likely to receive as part of this pilot scheme will be ‘shockingly’ lower than what we have been used to receiving from the EU.

Cornwall Councillor Tim Dwelly, Portfolio Holder for Culture, Economy and Planning, has said that Cornwall may only receive £1.8 million in the first year of the Shared Prosperity Fund, compared to the £100 million it was getting from the EU.

Cllr Dwelly said that this is a ‘tiny fraction’ of what Boris Johnson pledged Cornwall would continue to receive post-Brexit. 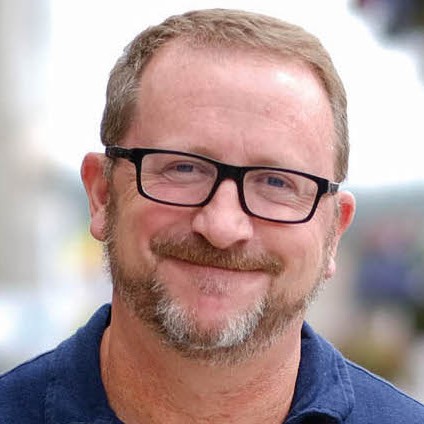 “In year one of this trial scheme by the government, it’s very hard to see how anything of any significance can be funded through this.

“I think there is going to be a real challenge for business start-up schemes, particularly in terms of support packages.”

Cllr Dwelly believes that it is more than just advice and support needed for businesses and that grants and funding are more likely to help a start-up business get going.

“You can make a massive difference to a starting business with a few thousand pounds worth of assistance from government or EU funding, particularly when it’s matched by that business putting its own money on the table as well.”

Kate Perkin, Programme Manager of the business start-up scheme Outset, believes that once business support schemes have finished, it will ‘undoubtedly leave a gap’ and one that will be ‘difficult to fill.’

Outset has received £3.4 million of ERDF funding to help business start-ups in Cornwall.

Kate told Truthfal that a reduction in funding “will mean a reduction in the support available to businesses and people interested in starting a business.

“This then creates challenges as there will be some people who will try to start a business without a plan, which we know from experience increases the likelihood that their business will fail or will have ideas but won’t start their business because they don’t have a safety net of support a programme like Outset offers.”

Kate is also concerned that it won’t just be the number of start-ups that will be negatively affected by the reduced levels of funding, but also the sustainability, viability and overall success of the businesses that do start.

“With our current levels of funding we are able to be extremely inclusive, in terms of the people we can help by offering the project across Cornwall and the Isles of Scilly but any reduction in funding will mean that we won’t be able to support as many people.”

Falmouth University’s graduate start-up scheme, Launchpad, received £9.8 million of ERDF funding and was designed to retain talent in Cornwall and boost the local economy by supporting the next generation of entrepreneurs in the county.

Kamran Harandy, External Funding Manager for Research and Innovation, told Truthfal: “If Cornwall has to compete nationally for the Shared Prosperity fund, it’s going to find it very hard to get the funding we need or have been accustomed to because we just don’t have the critical mass in terms of population and productivity to compete on a national stage and we are mainly made up of small and medium-sized enterprises (SMEs).

“From a national perspective, the South West covers a large area which includes Bristol, Gloucestershire and Somerset amongst other Counties and if Launchpad has to compete with large institutions and universities such as Bristol, UWE and Bath, we’re likely to really struggle to attract any funding further down the region because they will fly the flag for the South West.”

There is also a strong argument that EU funding has created a saturated market for business start-up and support schemes in Cornwall.

Kamran told Truthfal: “One of the counter-issues with ring-fenced funding and big-fish-small-pond European money is that actually, there’s lots of repeated support out there, it’s saturated and a lot of it is free.

“We are looking to wean businesses off the notion of free funding & support by teaching them to fish rather than just giving them fish.”

Nevertheless, Kamran is hopeful that programmes such as Launchpad will develop its business plan to continue evergreening the programme.

To put it crudely, I think the EU always cared more about Cornwall than Whitehall does

While the Prime Minister did say in answer to a question about the fund in January 2020 that Cornwall would “continue to receive all the cash it gets through the Shared Prosperity Fund” this has not been followed up by any policy announcements, and the focus of the SR20 was firmly on a UK wide picture, with an announcement about the breakdown of funding expected in the spring.

EU funding was weighted towards the relatively less developed regions, including Cornwall in the 2014-20 framework period.

According to a House of Commons Library paper published on January 21st this year, funding from the Shared Prosperity Fund could therefore use a similar system, although it could use measures other than national income if they were considered more useful for identifying needs.

Cllr Dwelly fears that Cornwall will be in competition with the rest of the country for funding rather than being recognised as an area that needs to be levelled up.

“To put it crudely, I think the EU always cared more about Cornwall than Whitehall does.