After spending previous lockdowns without access to a garden, Tom Retrac decided that when he moved in August to a ground floor flat in Penryn with plenty of outside space, he would get creative to make the most of it.

Along with his partner, Ellie, Tom has set out to construct a 2M X 4M growing space for vegetables out of thousands of two litre plastic bottles. 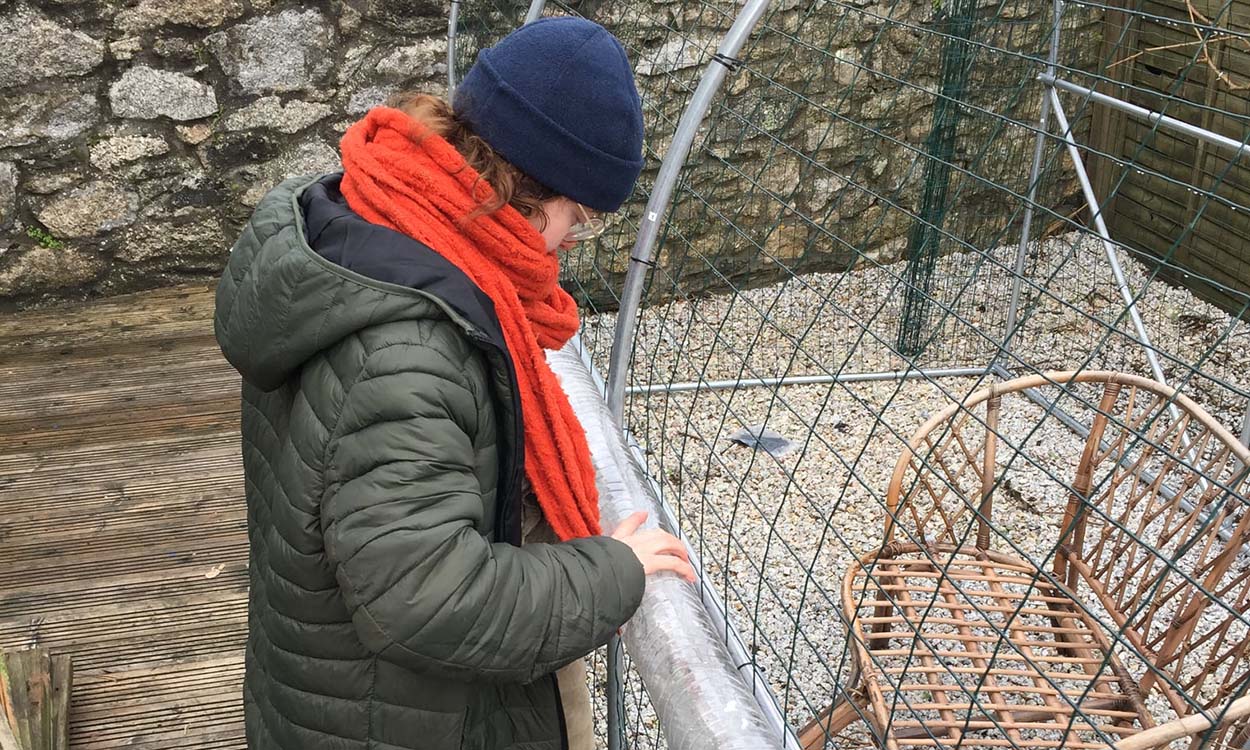 The bottles are prepped indoors before being attached on sunnier days. Credit: Open Head (https://openhead694193239.wordpress.com).

Rather than purchasing a regular greenhouse, the couple are saving a huge amount of plastic  from going into landfill by creating a unique poly tunnel structure that could be up to 10 degrees warmer than outside and is self watering due to not being completely sealed.

“As well as doing something good like recycling, we also want it to look nice”, said Tom. “Rather than it being hidden away in the bottom of a garden like a greenhouse usually is, we want it to be a big feature. We’re not super out there eco activists, were just trying to do a little bit and make a little dent in helping the planet.”

Collecting bottles for the project has been made easy for Tom by posting to community Facebook pages calling for locals to “absolve their plastic sins”. Plenty of members of the Falmouth and Penryn community have gotten involved by donating bottles to the project, and so far, Tom and Ellie have already processed around 900 of them. 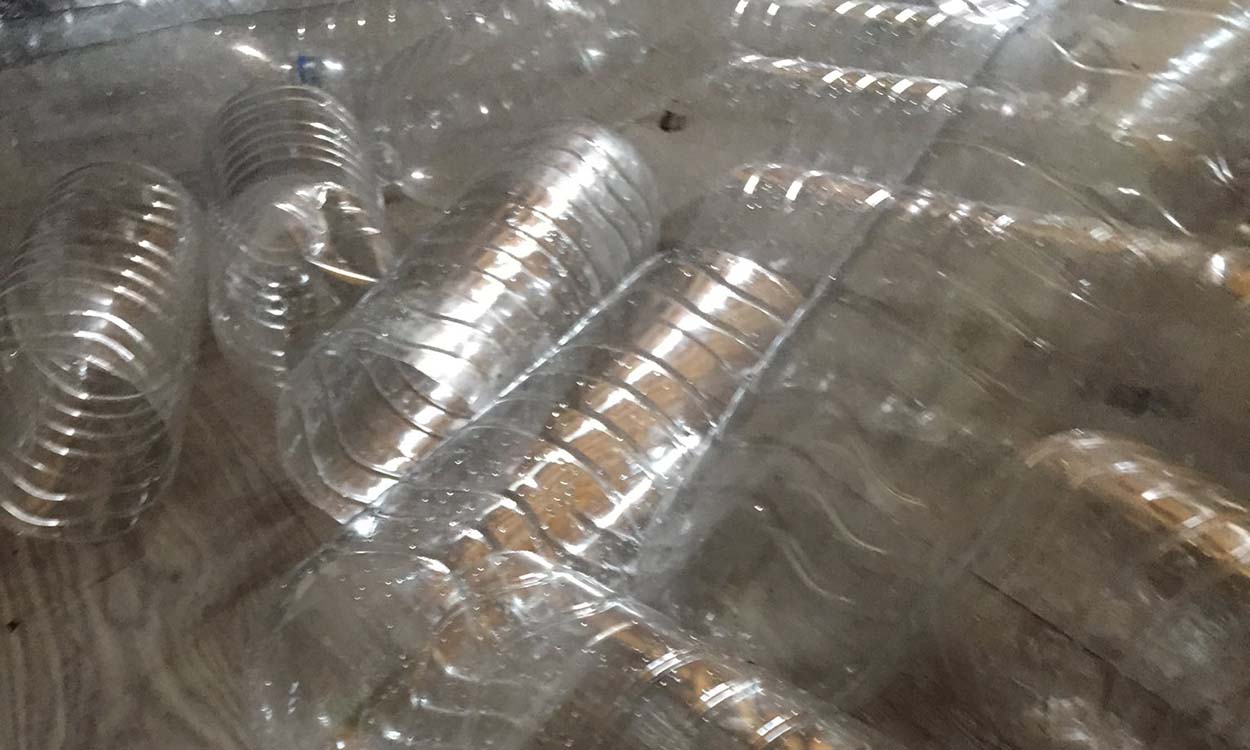 900 bottles have been processed so far but over 1000 are needed to complete the project. Credit: Open Head(https://openhead694193239.wordpress.com)

“On any given day we can have three or four people drop round a bag full of bottles. There’s also a couple that live in a yurt nearby and they don’t have running water so all their water is bottled and they dropped a van load round” explained Tom.

A local nursing home has also been able to make a large contribution due to a problem with their water supply causing them to switch to bottled. 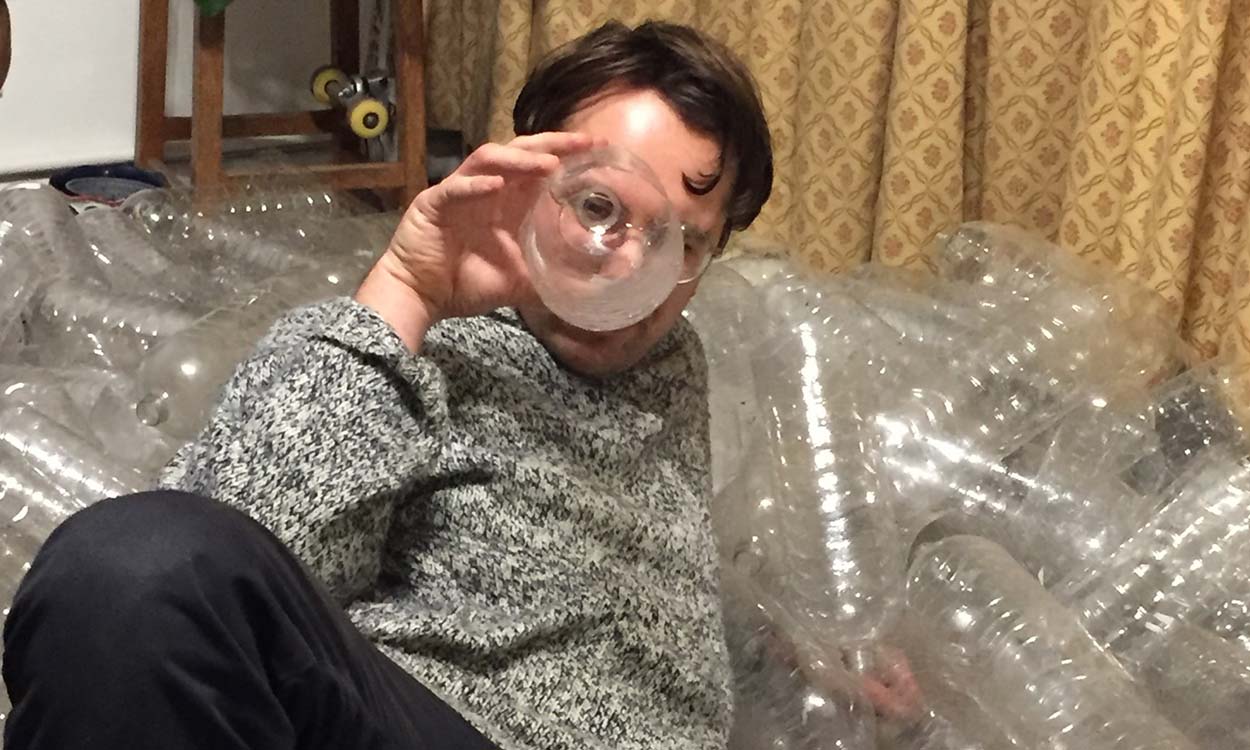 Hundreds of bottles are being stored inside the couple’s Penryn home. tic bottles being attached. Credit: Open Head(https://openhead694193239.wordpress.com)

Social distancing hasn’t been an issue in collecting the bottles as Tom has encouraged anyone looking to contribute to simply throw their bottles over his back garden wall.

“I’m really tempted to get a basketball hoop in my garden so people can lob the bottles through the hoop,” joked Tom. “I don’t even have to leave my house, people are really keen to contribute to this. I guess it makes people feel good about themselves because we’re all aware of how bad plastic is for the planet and being a part of a way of preventing some from going to landfill, it makes people feel good.”

Each plastic bottle is prepped by a three part process before being fastened to a pre-constructed metal frame.  Firstly, bottle lids are unscrewed and saved for later repurposing.  Next, labels are discarded and the top part of the bottle is sliced off. 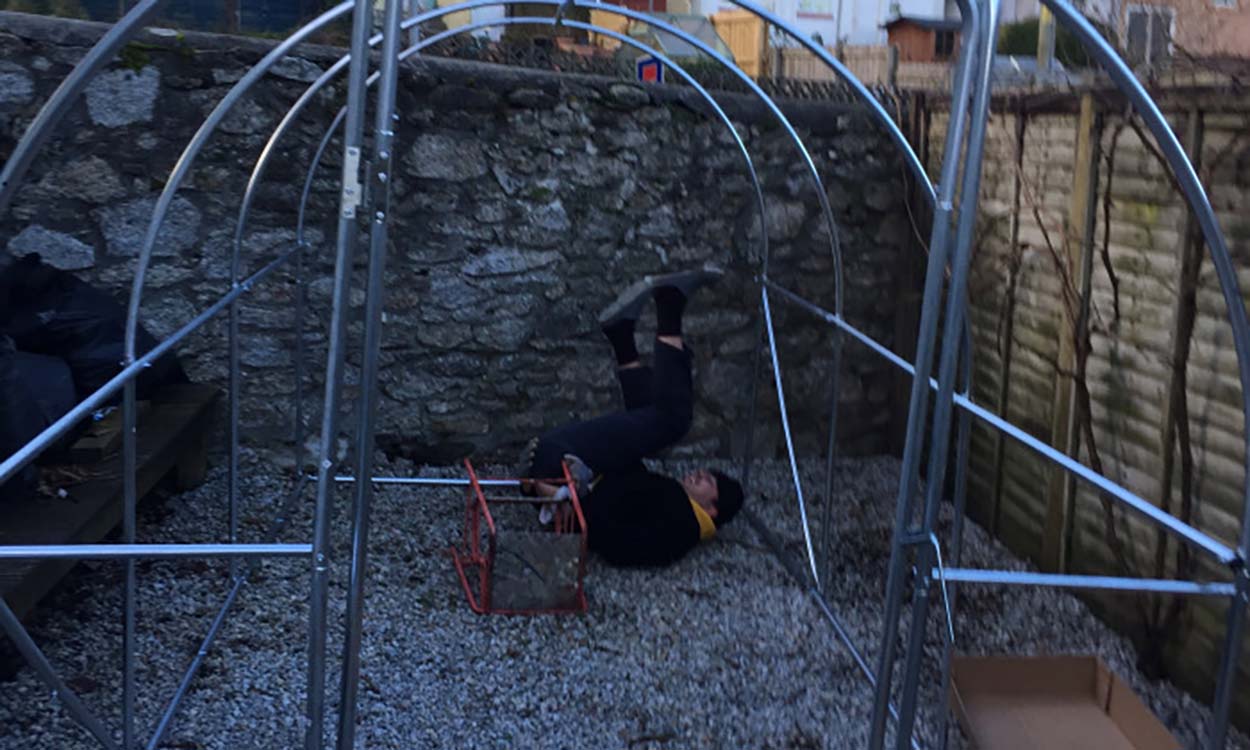 In regard to the bottle prepping system Tom said, “we usually do that indoors and I don’t know if you’ve ever been to a festival where when you’re walking back from the stage you end up wading through loads of bottles? It kind of feels like that in our house.  Luckily they’re all clean plastic bottles that have mainly only had water in.”

While Tom’s day to day job is in advertising and creative communication, he described how being more practical, whether by making furniture or gardening, is allowing him to become “more inline with things that make [him] happy.”

Following his 24th house move, Tom is set on finally “putting down physical and metaphorical roots” in Penryn.  If a relocation did happen however, the plastic bottle poly tunnel would be gifted to a local community garden or given to another loving home.