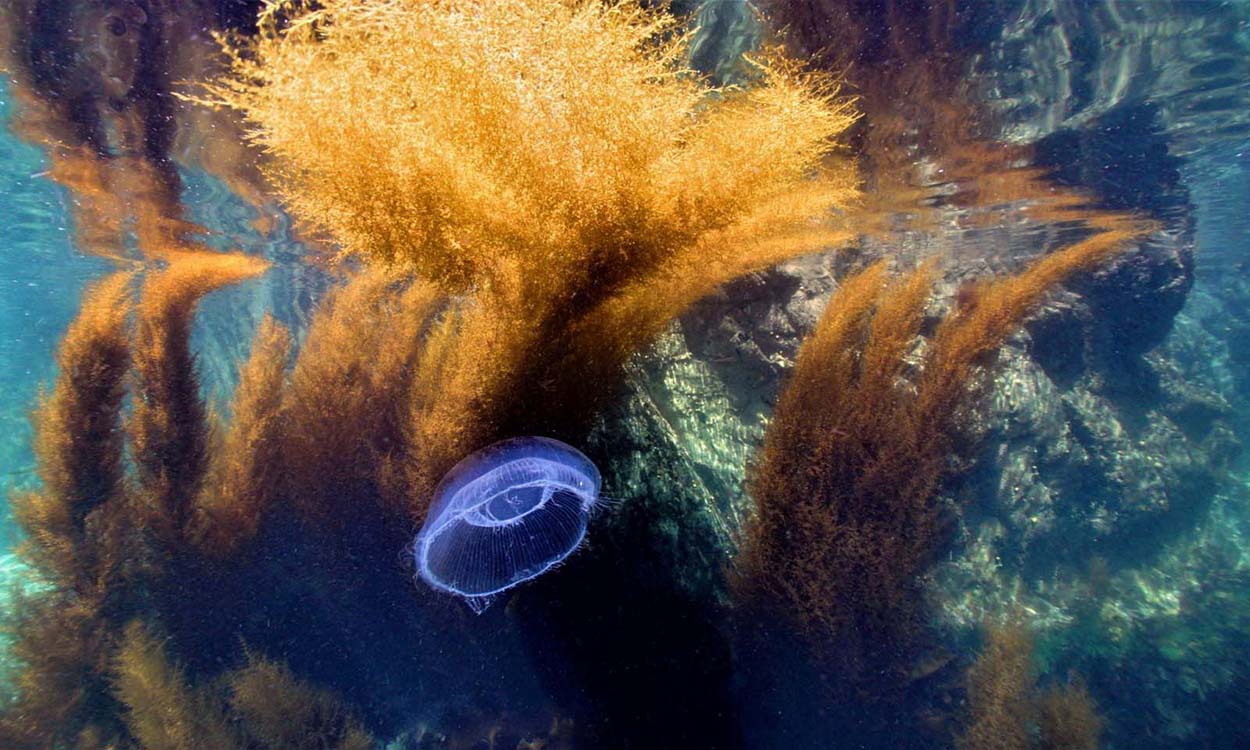 Under the Surface: The first film in Cornwall’s Climate Stories dives deep into the big blue to look at how climate change is affecting marine life Image: Dave Peaks

Cornwall is not only a place of stunning natural beauty and rich biodiversity, it is also vulnerable to a shifting climate. For many, the thought of climate change stirs images of polar bears on melting ice caps or forest fires in faraway lands, but the effects of the environmental crisis are edging closer and closer to home.

Bringing this to light is a new series of documentaries being launched on 25 February. Created by the charity Cornwall Climate Care, the films tell the stories of Cornish organisations and individuals effected by climate change, offering a glimpse into how it will impact Cornwall. It also aims to bring hope and motivate action, covering some of the inspirational projects already happening in the county to tackle it.

The series will explore a range of themes including housing, transport, energy, fishing, farming and health, and will be made available online after the premiere tonight at 8pm. Each film will be 30-minutes and will feature people at the heart of the issues discussed.

The first film in the series, Under the Surface, looks at how climate change is already affecting marine species and ecosystems that depend on the sea for their survival. It is narrated by Claire Wallerstein, who has spent just under a decade directing Rame Peninsula Beach Care (RPBC), a beach cleaning organisation.

Claire said: “People may not think of climate change being much of a problem in Cornish seas. But what I found while making this film was that dramatic and surprising changes are happening right under our noses here too.”

Coronavirus has posed many challenges for the filmmakers behind the first episode, but director Bryony Stokes says that the pandemic has only made talking about these issues more important.

“I know that we’re at a juncture right now, we really are, you know, we have a choice of going back to how things were before where we flew around everywhere and consumed from all over the globe. We have a choice going forward with how reshape the way that we do things.”

“The other sort of right now is to do with our location, Cornwall is already feeling the brunt of more extreme weather and we are going to experience more. That’s why that this series is about Cornwall but it’s not just for people living in Cornwall. You know, we are like the warning bell at the end of the country and we are starting to feel it and starting to witness it,” she said.

Over the next three years, Cornwall Climate Care will take us all over the county in their documentaries to raise awareness and inspire people in the face of our changing world.

To register to attend the online premiere of the films, click here.