Tech failures at vaccination site leave pensioners in the cold 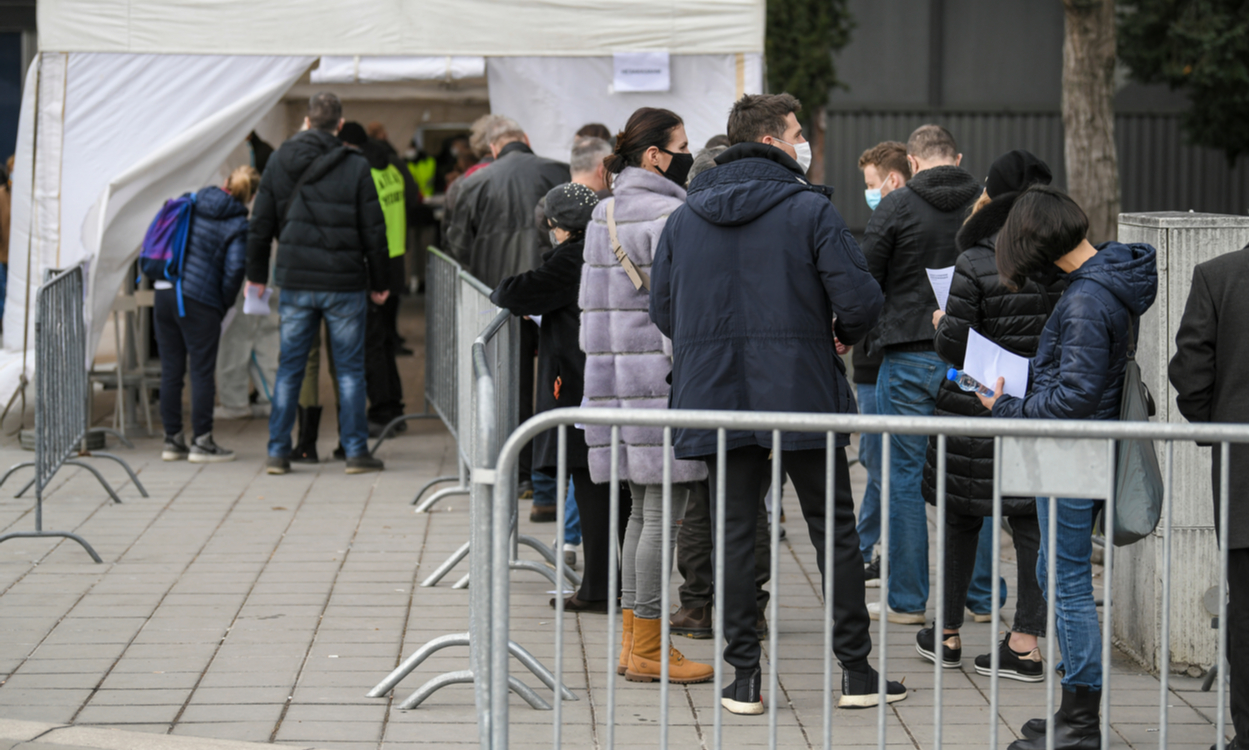 Queues for vaccinations have been seen right across the country, image sourced under licence from Shutterstock

Whilst the country’s monumental task of vaccinating the at-risk and vulnerable population has at most been a vast success, it has not gone without its hiccups. Many Cornish pensioners have found themselves waiting in freezing queues after technical problems with the vaccine booking system.

Truro pensioner Annie Boggia, 74, and her husband Peter, 88, of Killiow Estate attended Mount Hawke vaccination centre near Truro to receive the first of their vaccination treatments. Annie told Truthfal, “Peter is quite frail and struggles with the cold so without the blankets I dread to think what would have happened! Our appointment was at three thirty but we weren’t seen until after five o’clock, I’m sure the later appointments had even longer waits than us”.

The delay was caused by an issue with the booking system causing a backlog of appointments which led to waiting times well in excess of two hours. The technical problem meant that a large queue of the elderly and at risk were forced to wait outdoors in temperatures hovering around 2-3 degrees celsius.

Despite the conditions, Annie spoke about the professionalism of the staff: “It wasn’t pleasant at all having to wait in the cold – but the staff couldn’t do anything about it – they were extremely accommodating – bringing out blankets, coats and chairs for all the elderly that required it.”

The NHS-provided vaccine centre operational framework states that the ‘site should ensure patients in need of additional support are identified and supported appropriately.’ The framework helps plans for all situations, provisions and conditions for the vaccination period.

Despite the uncomfortable wait, Peter talked about how accommodating the staff were, saying: “I wouldn’t have been able to manage without the help of the centre staff”.

A large majority of this number belongs to the high-risk group and is approving NHS Kernow’s forecasted outcome of getting 88,000 of the highest-risk groups vaccinated by mid-February.

The vaccination campaign continues with over 15 million people now having received their first jab and over 500,000 that have received the second across the nation. Annie was keen to add that following her vaccination she hasn’t grown two extra heads, nor has she developed any mutant powers.