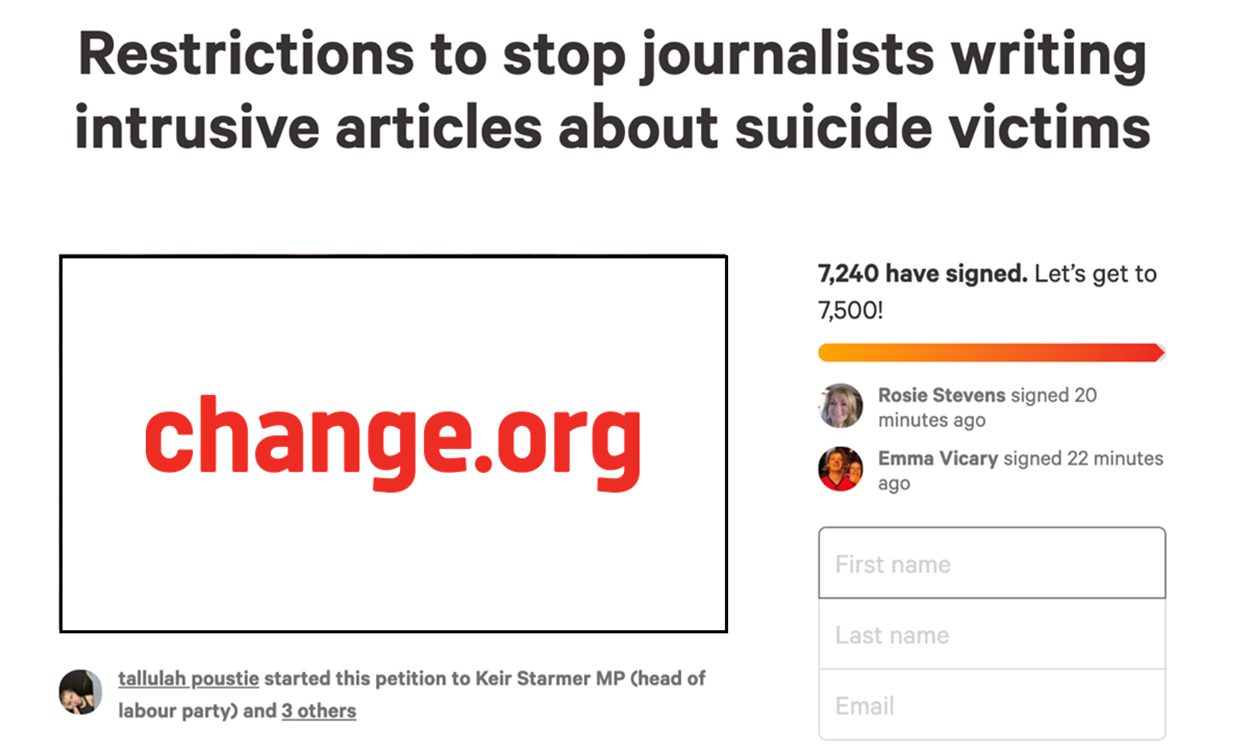 Press Sensitivity: ‘These guidelines are not being followed correctly’ says Tallulah Poustie

A petition to ‘stop journalists writing intrusive articles about suicide victims’ has been started following a report produced by the MailOnline about the inquest into the death of a Cornish teenager.

Martha Jarvis, 18, of Mount Hawke near Truro passed away at her home on August 29, 2020. An inquest into her death was held on February 4 at the Cornwall Coroners’ Court.

On the day of the inquest, the MailOnline subsequently published a news report which sparked outrage from the friends and family of Martha, resulting in numerous complaints being made.

The report which detailed the method and location of her suicide, and led with an implication of drug use fuelling the teenager’s decision, has now been taken down from the MailOnline website.

The petition, which now has over 5,000 signatures, set up by Tallulah Poustie says: “The guidelines set for journalists when reporting on bereavements, in particular, suicide should be touched upon and changed by the government.

“As of now, there are guidelines in place to tell journalists what to do when reporting on suicide respectfully

It continues: “Regardless these guidelines are not being followed correctly.” Explaining: “The Daily Mail completely incriminated my friend Martha Jarvis and her boyfriend”.

The Independent Press Standards Organisation (IPSO), who regulate UK newspapers, currently state in their guidance on reporting suicide: “Journalists should be prepared to justify the inclusion of any detail of the method of suicide in a report.

IPSO also state: “Journalists should show sensitivity towards people in a state of grief or shock. Reporting should be handled sensitively and appropriate consideration should be given to the wishes and needs of the bereaved”.

Cornwall Live also published a report of the inquest. As tributes poured in their social media posts, one Facebook user said: “The pictures are joyous. What a lovely memorial.”

One of the journalists who worked on the Cornwall Live report, Chris Matthews, replied to a tweet about the Mail Online article, saying: “Hopefully it explains why when people slate ‘the media’, local journalists who care for the communities they serve get so offended.”

For anyone who is struggling, there is a range of organisations that can provide support over the telephone or online.