15 mini forests are being planted in various Cornish towns and villages in a bid for the county to become carbon neutral by 2030.

Set up by Cornwall Council the scheme is called Forest for Cornwall and aims to help tackle to climate emergency. 19 sites in total will have mini forests planted, 13 of them will be part funded by the Government’s Forestry Commission after the council achieved a £87,000 bid under the Urban Tree Challenge Fund. The trees will be a mixture of native broadleaf and non native trees, and they will be a variety of woods, parks, farmland and street trees. Shown on the map is where they will be located: 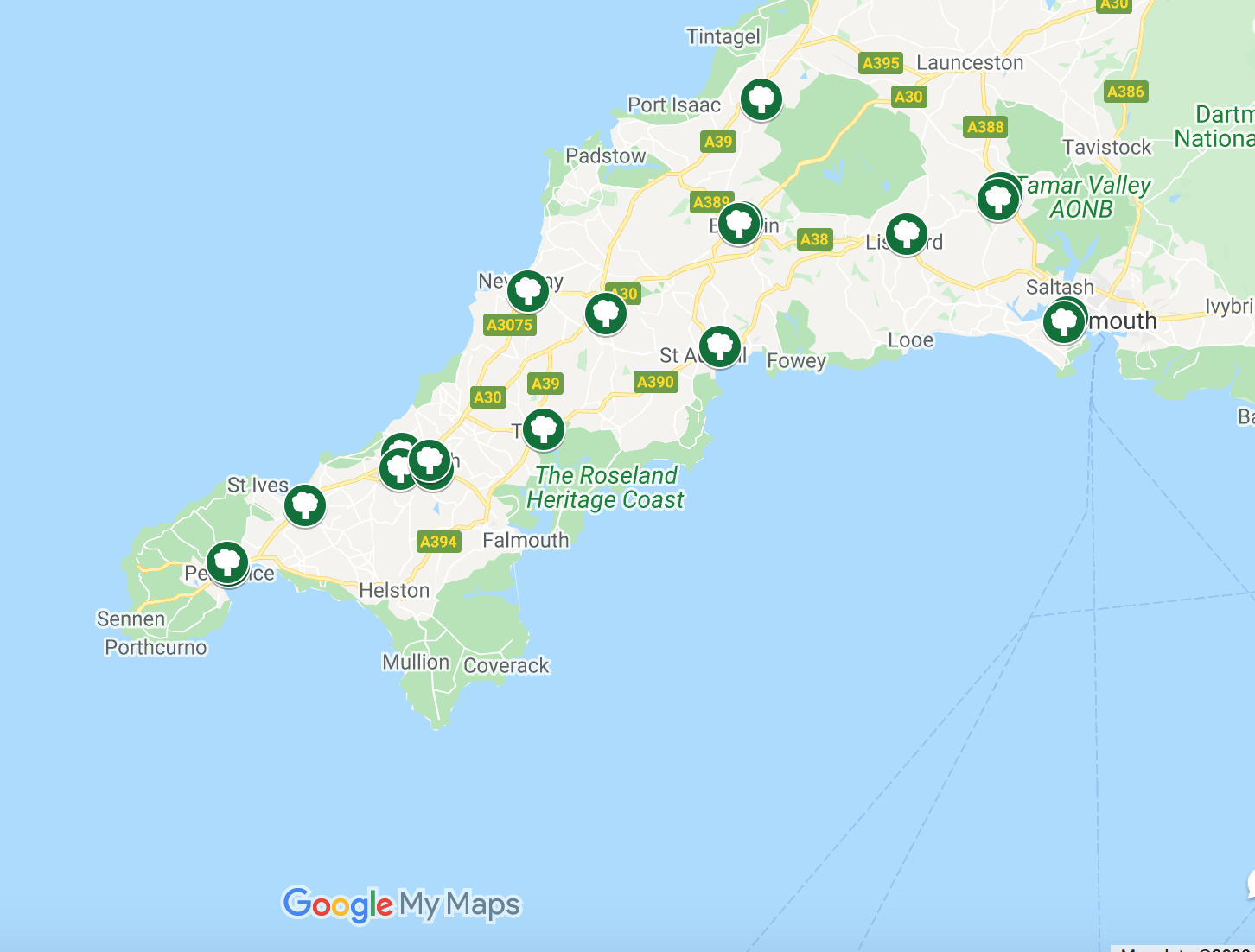 Where the 15 mini forests will be located

Locations are all across Cornwall including Hillside Park Bodmin, Princess May Recreation Ground, Penzance and Culverland Park and Wrey Avenue, Liskeard.

Cornwall Council have said ‘we aim to motivate everyone to look after the trees that they already have, to think about having more trees and hedges on their own land, and where appropriate in their local community.’

The initial target will be to cover approximately 8,000 hectares, or about 2% of Cornwall’s land area and will capture 38,000 tons of carbon dioxide a year.

Local Penzance resident Corinna, 21 said ‘I have a young baby and go out daily for walks in town, it will be great to have a woodland space to walk in because there isn’t many near by to where I live’. There will be two areas in Penzance, Treweath Road and Princess May Recreation Ground. ‘It will be great to see more trees in town, I feel that the town centre has become run down recently so more green space would be great for environmental and also the mental health of locals’.

Another town there will be two spaces in is in Redruth. Katrina, 54 has lived in Redruth for over 20 years and said ‘after working all week I do like to get out on the weekends so I think seeing more trees around will be great. Climate change has become such a big problem and anything to try and combat it is a positive for our county.’

However, some locals aren’t as excited about the scheme. Ellis, 18 said ‘I am not against planting trees but I do think the money could be used elsewhere, there is a real lack of opportunity for young people in Cornwall and money needs to be used to improve this’.

A handful of the sites are being planted this month and the rest will be completed from October onwards.