The sixth form suspended new applicants in 2016 and now that the current students have completed their courses, it is set to close indefinitely.

Head teacher Craig Martin said: “It was one of the saddest things I’ve ever done in education. It was a really sad thing to do.” 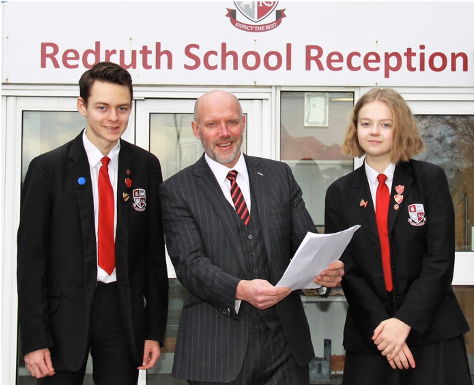 Mr Martin estimated that the school was ‘losing round-about £200,000 a year, maybe a quarter of a million’ in maintaining its sixth form due to the fact that there were not enough pupils to make it viable. He also worried about the class sizes for those in post-16 education: “I had to think very seriously about the quality of education for young people. If you’re sat in a class with one or two people then is that appropriate?”

When asked about the poor number of applicants for the sixth form, Mr Martin said: “They were waning for a variety of reasons: One, unfortunately, because the school wasn’t as strong and as popular as it had been, and secondly because the undoubted rise of very large, tertiary further education colleges.”

Following the closure, the school anticipates that it will be able to accept more pupils for secondary education. Mr Martin explains: “We currently have 1,300 pupils and in a couple years time that will go to 1,500 and that’ll be the maximum we can take. We have had a report to say that over the next seven to eight years, there are enough pupils to fill the school.”

Earlier this month, Cornwall Council revealed that they have seen an increase in the number of children obtaining a place at their preferred secondary school.

Sally Hawkins, who is the Cabinet Member for Children and Wellbeing at Cornwall Council said: “This is the biggest cohort in the last six years so I am delighted that so many young people will be studying at one of their preferred schools.”