Church and state: how COVID-19 is digging up tensions in Georgia

The Orthodox Church is an important aspect of Georgian culture and its politics. You can’t go far in the country without coming across a church, all a similar design. You’ll find them nestled into cities and isolated on mountains.

You can’t go far, either, without someone performing the sign of the cross as they pass a church. It’s likely there will be a religious painting by the driver of the bus you’re travelling on too. 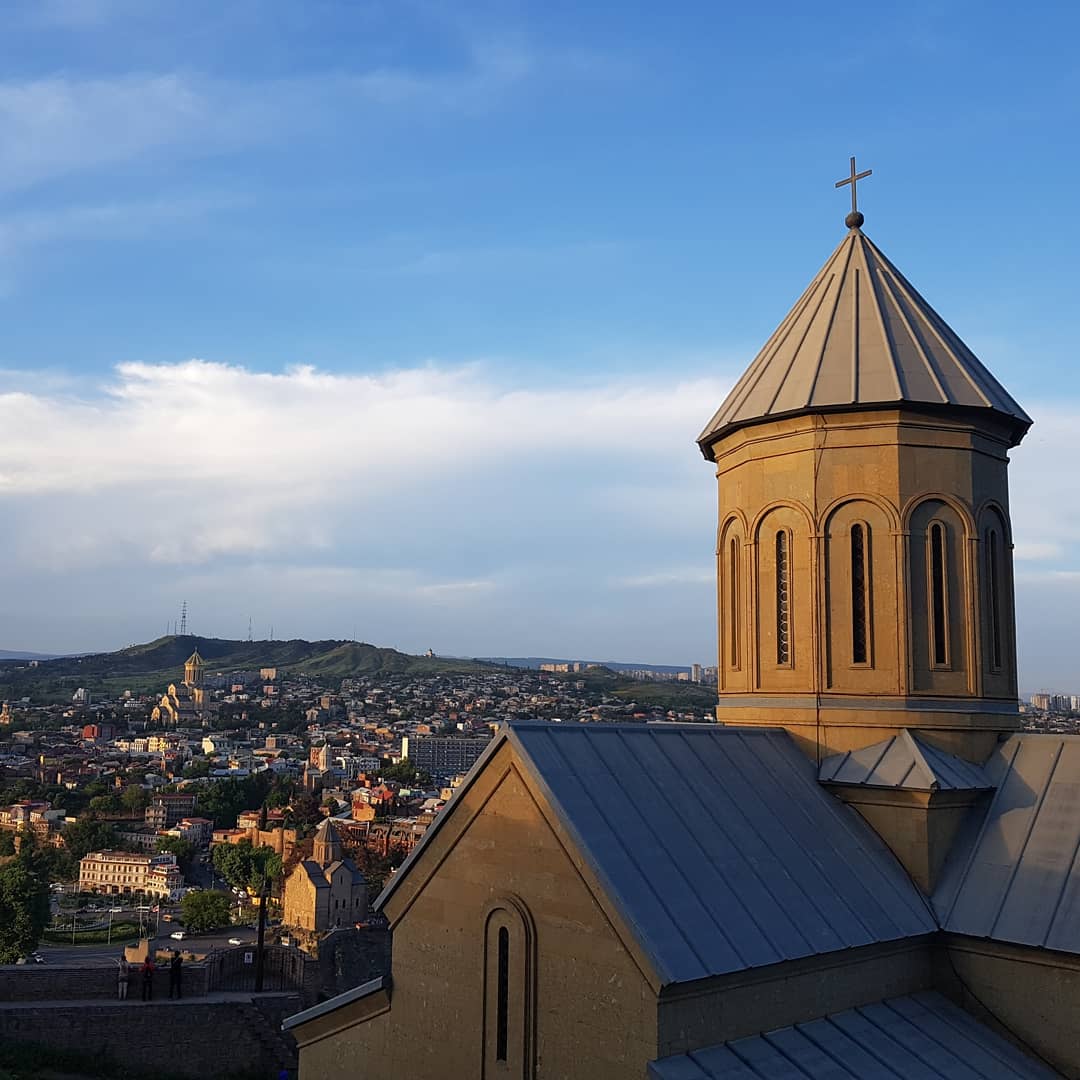 An Orthodox Church in Tbilisi

The Orthodox Church has a strong sway over the country’s tumultuous politics and COVID-19 has become a test of the Church’s will to adapt and obey government regulations.

With Easter approaching, people are watching to see whether the Church obeys government restrictions on religious gatherings.

Ucha Nanuashvili, a human rights activist and former Ombudsman of Georgia, said the Church are trying to observe social distancing by gathering outside, but not stopping services.

He said: “When it comes to the situation with the Church, the government is not active at all. This is a serious problem for Georgia.”

Georgia is part of the Eastern Orthodox Church, the second largest branch of Christianity. It is followed by around 200 million people and is a different style of worship than Western Roman Catholic and Protestant branches.

During Communion, the part of the service remembering Christ’s death and resurrection, the Church uses a spoon to share the bread and wine. This hasn’t changed since the first case arrived in the country.

Mr Nanuashvili said there has been a debate in Georgia over this issue, adding: “That’s why I think that the government needs to be more … not aggressive, but has to explain the details, the requirement and the risks Georgia faces right now.”

The Church argues that Communion is holy and, therefore, cannot transmit COVID-19.

Georgia introduced a state of emergency on March 21st. They also banned social gatherings of more than 10 people in a move rumoured to be a concession for the Church.

On 31st March, they limited social gatherings to three people. There is also a 9pm curfew and up to 3,000 Georgian Lari (around £770) fine for breaking social distancing rules.

Whilst most people are obeying these new restrictions, the Church is slower to change. As Easter approaches, it has been noticeably different in its reaction than other religious communities in the country and other Orthodox churches, including those in Russia and Greece.

It follows last Sunday, where videos on social media showed churches were open and that priests were taking crucifixes between people to kiss.

Religion is intrinsic to Georgia. Nino, their patron saint, is the most popular girl’s name in the country. Nino’s cross – two grape vines tied together – also sits in most churches.

There are 148 COVID-19 cases in Georgia with 27 people having survived it already. Mr Nanuashvili said the situation is more stable with the government working hard to bring in restrictions.

He added the Church is not following these restrictions: “For example, they continue services and they have announced [they intend] to continue this way.”

This tension is not new. Mr Nanuashvili said the reputation of the church has been damaged over the last few years and it is showcasing its power. It is up to the government to contradict it.

Though urging people not to go to church isn't enough. There's a state of emergency with clear restrictions. Enforce it.

That said, I notice so far the numbers who trust the priests' words that 'God will protect them' are small. That might not be the case at Easter, however. https://t.co/GNcaf9dQCt

Meanwhile, the country is also looking ahead to its parliamentary elections in October. The party that leads the six-party coalition governing Georgia, Georgian Dream, has faced criticism over recent years.

During anti-Russian protests in the capital, Tbilisi, last year, protestors gathered outside the Parliament with anti-Russian slogans and speeches, criticising Georgian Dream for being too close to Russia, which occupies 20% of the country.

Lit phones held to sky in peaceful protest on Rustaveli Avenue, so far has not seen the same violence as last night #tbilisi pic.twitter.com/lpoHiEMzR8

The party was established in 2012 by billionaire, Bidzina Ivanishvili, whose estate was also targeted by protestors.

Around 80% of Georgia’s population say they belong to the Orthodox Church, although some say that far fewer are actively participating. The Church’s influence is important in politics.

Mr Nanuashvili said: “During the parliamentary elections, during elections in general, the government always tries to seek some kind of support from the Church because the Church is quite influential. That’s why the government tries to negotiate somehow with the church.”

The Church is powerful and influences other areas of society, including LGBTQ+ rights, where Pride events have been interrupted or postponed due violence.

As with any country, it’s hard to predict what will happen next in the year. The majority of the people are following the government’s restrictions and Mr Nanuashvili says he hasn’t seen Tbilisi’s streets so quiet since the Georgian Civil War in the 1990s.

As Easter approaches, it remains to be seen if the Church will adapt to government restrictions. As the elections approach, Georgians will be looking not only at how the government deals with the church, but also how it deals with coronavirus.