Rule of 3: how panic buying changed how we shop

Since the rise of Covid 19, people have begun panic buying and wiping the shelves clean from basic necessities such as: toilet roll, pasta and hand sanitiser. More vulnerable people, such as the elderly and NHS workers, are unable to attain their weekly groceries due to people unnecessarily buying 3 packets of 36 toilet rolls per house hold.

Due to this outbreak, it has changed our daily shopping routines in three different ways: 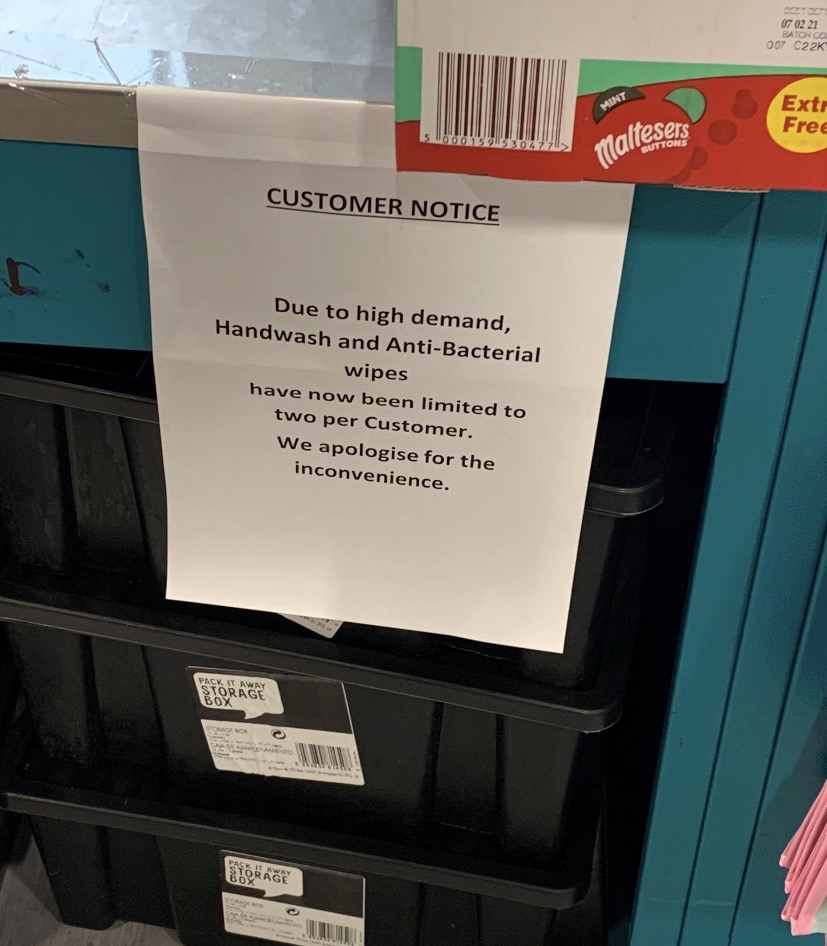 Poundland limits their number of items per customer.

Each shop is applying these rules in their own safety measures:

This has caused a mass panic as no one would have expected this to happen just 4 months ago. Some would argue that it’s become extremely apocolyptic and tumble weeds are expected to roam the streets in a matter of days. 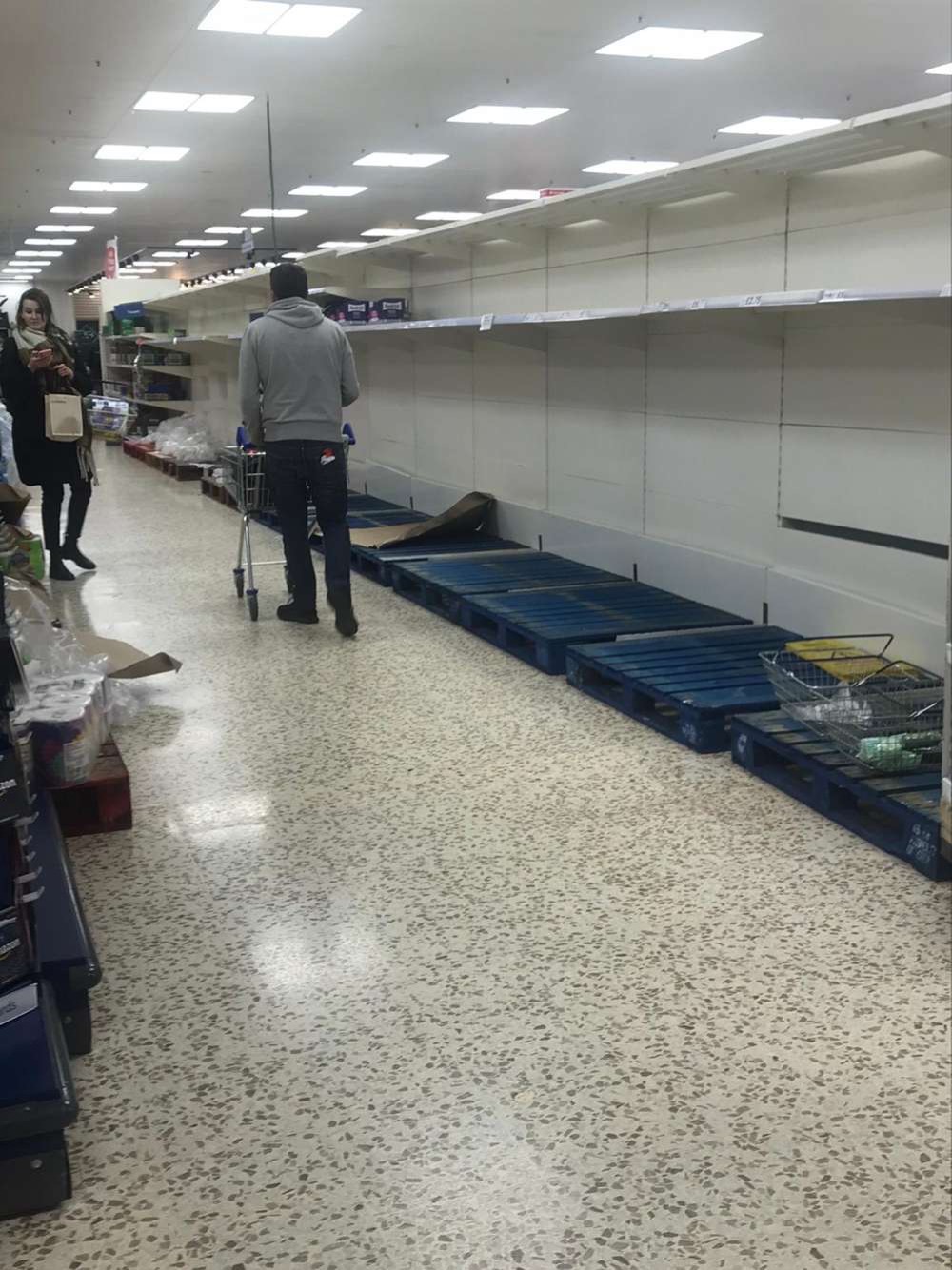 Twitter and Facebook have been at its peak slamming people who are rinsing the shops of items, neglecting those who need it most. A woman shared a video on Facebook that went viral, as she cried in a panic as she was unable to afford a big pack of nappies for her 2 month old daughter. NHS nurses and doctors complete their long shifts to find all the shops empty, leaving them with no food or basic items to get them through the week.

Many people have been sharing their outrage online as they are unable to get foods such as bread and pasta. Even though these rules are in place, people are still trying to over stock, not considering how other people may be struggling.

People are going into chemists and drug stores loading up on wipes, cough sweets and other forms of medication as they proceed to panic, ignoring the current rules in place to make sure everyone is able to keep healthy.

This isn’t only changing the way in which we shop, but it is causing distress for the supermarket workers who can’t afford to have time off.

Will Simmonds (21) who works in Tesco in Cornwall, exclaimed: “I’ve been working 8am to 5am at Tesco, making sure produce is stocked. The measures in the store are there to keep vulnerable people, and key workers like myself, safe. ut some people aren’t following the rules and it makes work even harder. You just have to be careful.” People need to respect supermarket and store workers during this pandemic as they are keeping themselves at risk, stocking the shelves, helping people with their shopping and enduring long days with less pay to keep the nation going.

These drastic changes are also affecting peoples mental health. Gill Reader shares her recent shopping experience: “As I went to do my shop with my husband, we were abruptly stopped at the door by security and they wouldn’t let us in together. Where I totally understand the circumstances, it threw me off so much that my anxiety went wild and I ended up having a panic attack outside the store”.

Our shopping experiences have changed massively and people are struggling to cope with the differences. But if everyone sticks to these rules, this virus will be beaten sooner. The more time people challenge and ignore it, the longer we will be living in a mid zombie land state, on the hunt for some bread and milk.

From London, Karen Sheppard said: “It’s crazy. I go to the shop wondering if I’m going early enough just to get some loo roll. It’s actually scary how much things have changed, just by going to the shop to get food for my family I feel like I’m doing something illegal. People just need to stick to the correct amount and realise how ridiculous they are being”.

Respect the rules and each other, and stick to the appropriate number of necessities for your house hold, consider others.