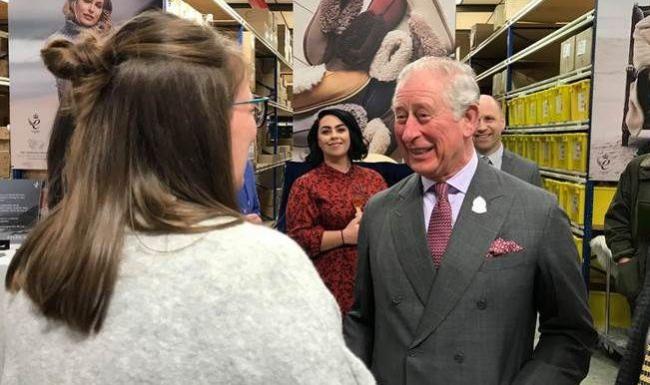 Prince Charles visits staff at a wool warehouse in Newquay.

For his first engagement, Prince Charles stopped to meet workers at the Celtic & Co. warehouse in his capacity as patron of the Campaign for Wool, which encourages the use of the material and promotes sustainability.

The Prince was also named patron of Cornwall based Charity “surfers against sewage”, during its 30th anniversary celebrations at Nansledan School, which Charles officially opened.

This follows multiple recent reports that surfers have become ill from swimming in contaminated water near Porthleven.

Watch the report below to find out more: