COVID-19: Have we really got something to worry about?

The coronavirus that emerged in late 2019 has been a daily global headline.  Is this the deadly pandemic that the human race has been fearing for some time, or is it a more general flu that the media has been hyping for its readership to go through the roof? What we do know so far is that Downing Street has tried to quell any panic spreading through the media. As of Thursday 5th March, 115 cases have been confirmed in the UK. The Prime Minister’s office has commented on the high likelihood of further spread, but also stressed positive statistics such as the 2% mortality rate and that the fact that 99% of people at risk of infection tested in the UK have been negative. However, the rapid rise in cases and reported deaths across South Korea, Iran and Italy have raised concern over the potential level of infection outside of mainland China. 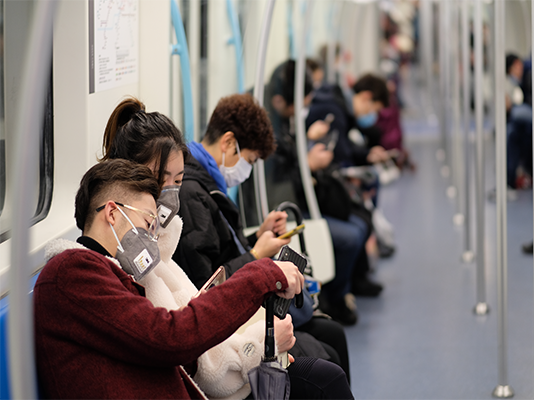 What can we expect from this unknown and unpredictable virus, as we have not seen this strain before? The virus itself has similarities to its cousin, SARS, which shook the world in 2002 and 2003, a mortality rate of over 770 people. SARS raised alarms globally, but there seems to be little understanding of just how far the current epidemic can spread. Indeed, COVID-19 is already at over ten times the number of deaths making parallels with SARS less useful to research. Some of the latest predictions state up to 500,000 deaths could be the final number. COVID-19 could have significant humanitarian and economic consequences if these scenarios were to come true.

What should we expect as the human race when the planet holds a staggering nine billion bodies? Is this majestic blue haven telling us something that we do not want to take notice of? In some eyes, we are bound to be the makers of our own downfall whether from a deadly pathogen or simply as the efficacy of antibiotics wears off. Man-made medicines conceived to stop infections and viruses that seek to attack us and our somewhat weak immune system may not ultimately protect us from what the medical world describes as a so-called Virus X.

Our health care institutions in the UK have seen off the likes of Polio and Measles and been able to deal with them effectively. So what is COVID-19 and is there enough public understanding to stem the panic that has been inflamed by certain media outlets? The aggressive stance China employed to deal with this global emergency has been praised by the World Health Organisation for its swift execution. However, living in the 21st century where there are constant flights in and out of airports with thousands of passengers going abroad and interacting with each other, we may have created the perfect hotbed for the spread of a virus. The speed at which COVID-19 has travelled around the world since the beginning of January has been remarkable. A large number of people who come into contact with the virus do not even realise they are walking around infected for the first week or so. This makes the spread that much easier and harder to control.

Whilst the Chinese have an autocratic government to control their population’s response to the virus, in the West, we have the resources to control and mitigate its consequences. Coordination across Western Europe has been evidenced as large scale gatherings are cancelled and companies put in place travel bans. Arguably the bigger global issue will be the potential rapid spread throughout less developed and poorer countries without the medical resources or social structures to contain it. The World Health Organisation has indicated the virus is not of the influenza strain and have made clear that the world has not seen such a rapid virus in modern medicine.

How is coronavirus different to a seasonal flu? Whilst they are very similar to each other and they share similar types of symptoms, it is a very different virus in terms of how it attacks the body. COVID-19 attacks the respiratory system in our body and can lead to pneumonia and in some extreme cases death. The strength of the patient is important, with the elderly being particularly vulnerable but it also depends on the strength of the health system available to them. So in terms of being able to deal with such cases, often needing a simple ventilator to help someone breathe may not be always available. Dr Jonathan Falconer in Malawi has very different concerns to us.

“Obviously, the Malawian health system is much weaker than western states and China… we don’t have any capacity to test for coronavirus … and the hospital I work at has no facility for isolation. These we are having to develop from scratch. So a patient potentially with the virus cannot be tested nor cared for in an isolated environment.”

The NHS is one of the top medical institutions around the world and its structure is ideally suited to dealing with situations of this kind. It has highly connected data analysis and able to monitor patterns of the spreading virus.

Till very recently, doctors have very much been in the same boat as the public in terms of their knowledge about the spread of the virus. According to Dr Jack Fanshawe, an F2 at Lewisham Hospital, “It would be interesting and useful to be updated on the latest information regarding possible treatments, mechanism of spread, containment techniques.”

On the other hand, Dr Rachel Shellien feels with the growing concerns of the virus spreading so rapidly that they are not sufficiently prepared at her hospital in Liverpool. “I don’t think I’ve been told much personally. The only formal information I’ve been given is that we will need to be on top of discharges to make sure beds are cleared in case we get lots of admissions”

As the number of cases rises daily in the world, how can we contain the ever-growing numbers and prevent a global pandemic with now over 90 countries effected, over 45.92 per cent of the world’s countries and rising?

The UK government have come up with a strategy to combat coronavirus with the new action plan document that breaks down the development of the virus into different phases starting with ‘Contain’ and ‘Research’, however as the outbreak grows and becomes a bigger continual health issue, the next stages will be ‘Delay’ and ‘Mitigate’. According to the PM, we are at the Delay stage of the virus in the UK.

Delay is the point at which we can hope to slow down the spread of such a virus whilst Mitigate deals with the worst-case scenario in Britain with the dangers of insufficient availability of medicine and the heavier demand of the virus on our already stretched healthcare systems. Putting the NHS on its last legs may require retired medical staff to return to help with the crisis.

Dr Fanshawe tells us how the NHS has done so far through this uncharted territory. “While obviously scary, the rapid spread of the coronavirus is unsurprising given the interconnected modern world we now live in. I personally believe the Department of Health has 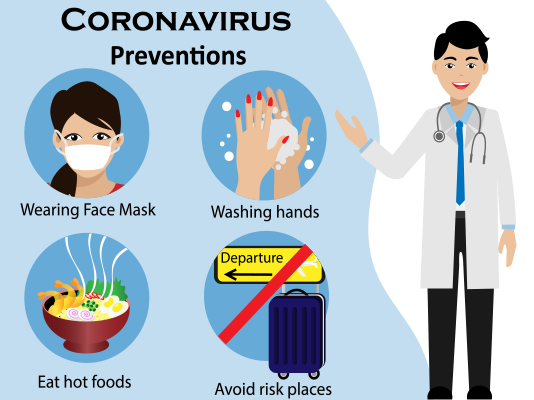 done well in dealing rationally with the situation and not feeding the feeling of panic that may have otherwise occurred. For instance, they have only tested those who it is scientifically evidenced need to be screened and also have circulated hygiene advice to quell fears”.

The Chief Government Health Advisor, Professor Witty expects the cases to continue to rise with now Britain’s first death from the virus yesterday in Berkshire. However, the government’s stance remains the same in dealing with this supersonic infector of a virus.

As cases continue to rise on a daily basis, the question is, are our hospitals ready and more importantly, are the staff with cases rapidly growing in numbers expected to come through their doors.

With the public having no idea how this virus will affect us all, the ongoing worry irresponsibly stirred by some in the media and the real effects of instances of public stockpiling food domestic goods, how might suppliers limit the supply to manage such unpredictable demands. Such a scenario cannot be allowed to develop further, so we badly need reassurance from leading health experts to stem this rising sense of panic towards the possibility of a pandemic.