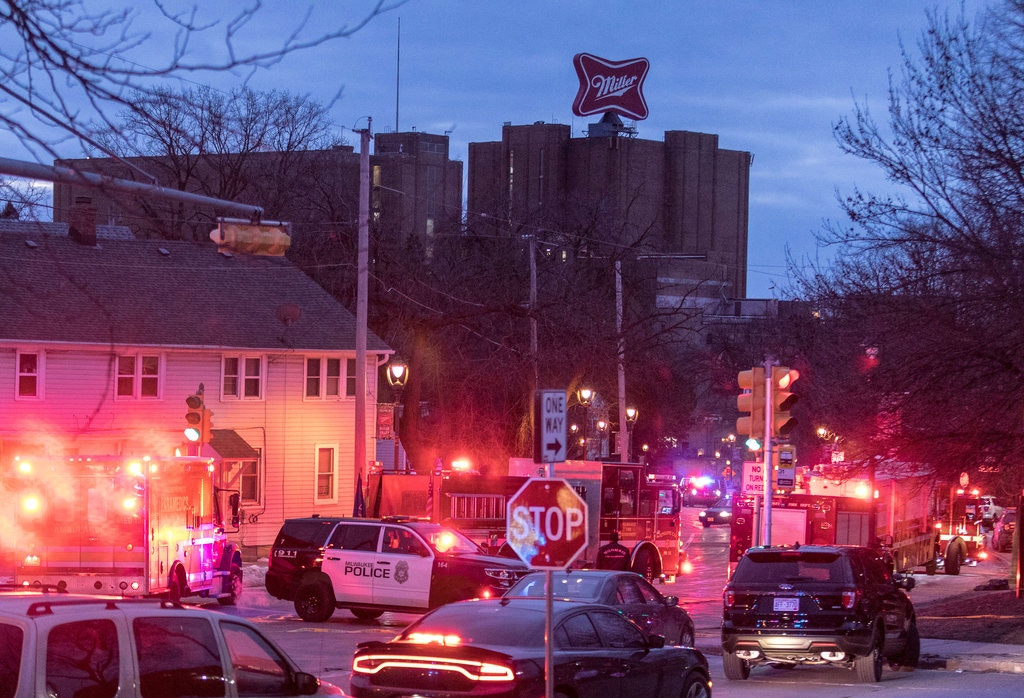 Police vehicles crowd the scene of the shooting

Five individuals have been shot dead in Winconsin after an employee opened fire. The five men who were working at Molson Coors brewing Co. on Wednesday are said to have included a father of two small children, a fisherman and a grandfather who is said to have known to prioritize his family’s needs over his own. After shooting the five men, the employee in question is reported to have taken his own life shortly after.

The victims have been identified according to Chief Alonso Morales as Jesus Valle Jr., 33, of Milwaukee; Gennady Levshetz, 61, of Mequon; Trevor Wetselaar, 33, of Milwaukee; Dana Walk, 57, of Delafield; and Dale Hudson, 60, of Waukesha.

The gunman has been identified as 51-year-old Anthony Ferri; police have stated that the investigation is currently underway with no clear identified motive discovered as of yet.

Certain Details of the victim’s lives have emerged throughout social media and across other forms. Various details of the individuals that have been shared include; Hudson was an electrician at Miller Coors, he was also married. Walk was a Green bay packers fan as well as an avid fisherman with his death statement entailing: “He was always listening to his music while working on his hobbies, home projects and anything he could do to help others.”

A Wisconsin alumni magazine class update published in 2012 has provided the information that Wetselaar graduated from the university in 2009 and was serving in the Navy.

Levshetz’s death notice said he was married and is survived by two children as well as two grandchildren. Stating that he would be remembered as a “kind, caring, and giving person who always put his family’s needs before his own.” March 1 is the scheduled date for his funeral.

Molson Coors chief executive officer Gavin Hattersley has said: “They were part of the fabric of our company and our community and we will miss them terribly.”

Across all states, there have been 94 deaths due to mass shootings throughout the US in 2020. Gun violence is and does remain a very serious issue in the states, with tensions surrounding the controversial gun laws.