People who live along the River Severn have been told to expect more misery after officials have predicted more flooding. 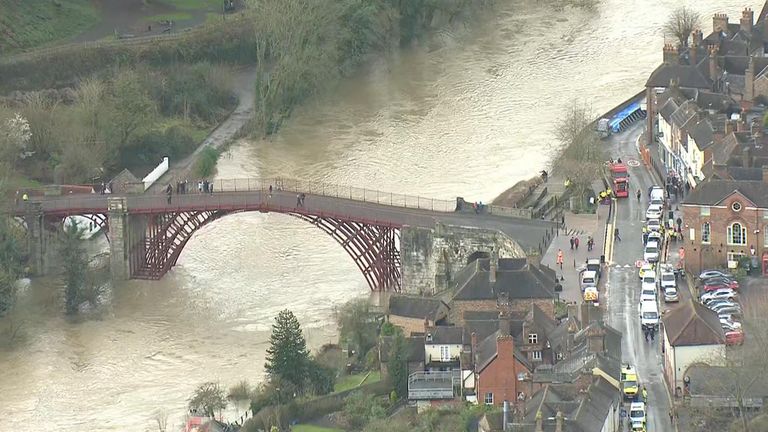 Yesterday, residents in Ironbridge had to evacuate their homes after the flood barriers burst.

A danger-to-life weather warning is still in place for the area as Environment Officials have announced that the depth of the flood water could reach 1.8 metres.

Due to the danger of the floods, authorities are using drone technology to monitor the situation as oppose to deploying officers to the scene.

Jeremy Corbyn has criticised Boris Johnson’s reaction to the floods, branding him as a ‘part-time’ Prime Minister.

The Prime Minister has not visited the affected areas, but has said that he is ‘proud’ of the response made by ministers and has further defended the Government’s investment in flood defences.

Rebecca Pow, an environment minister, is due to visit Shrewsbury, where the flood risk has been downgraded.